The ACLU issued a statement after the bill's passage saying it would challenge the law if implemented. 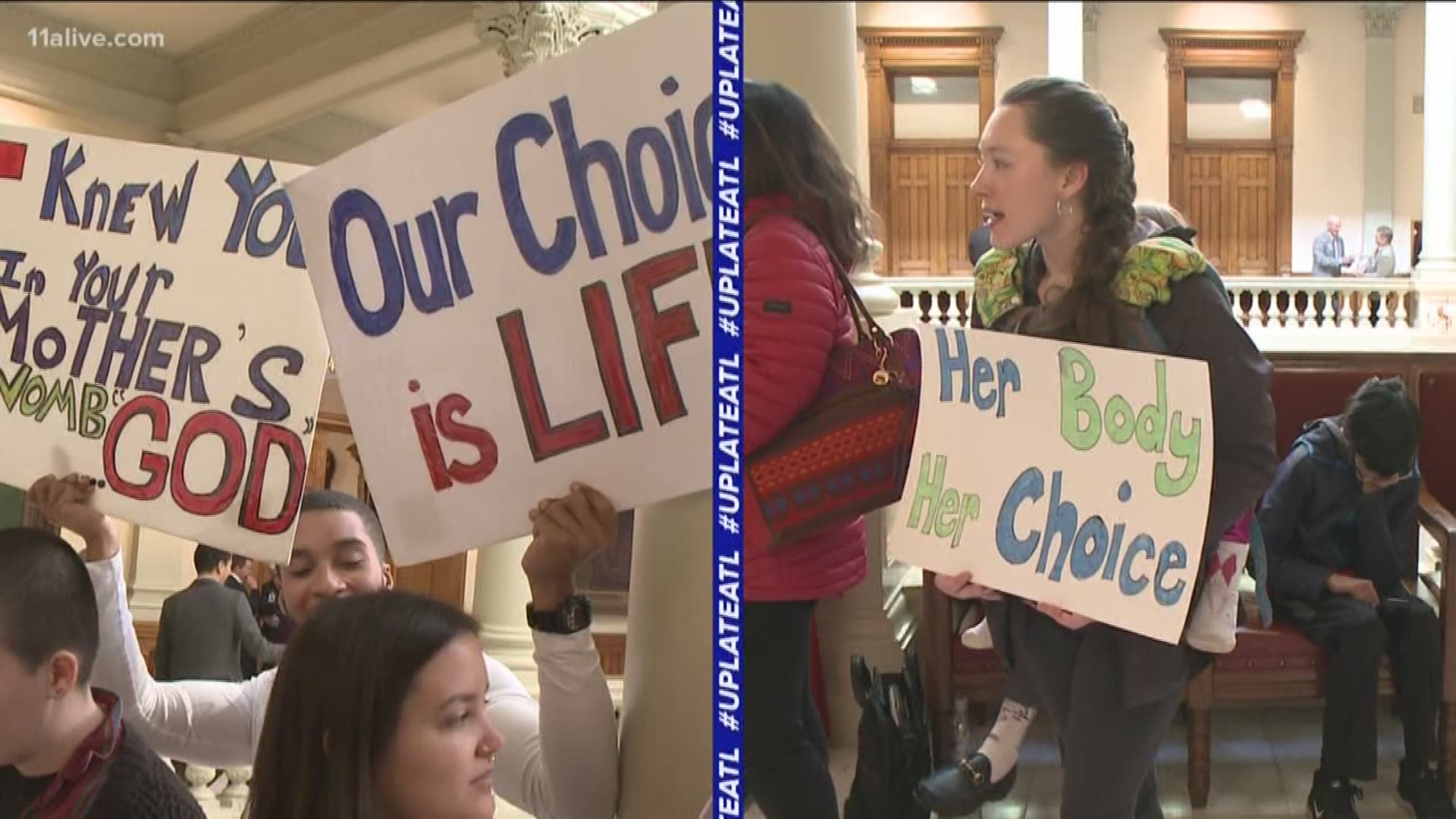 HB481 would tightly restrict when women in Georgia can get abortions. Current law allows abortions up to 20 weeks gestation.

The heartbeat bill would roll that back to six weeks, when backers say a fetal heartbeat is detectable.

It makes an exception for rape and incest, allowing abortion up to twenty weeks. But it requires women to file “an official police report … alleging the offense of rape or incest” in order to qualify for the later-term abortion.

The bill now goes back to the Georgia House for final consideration.

Georgia Gov. Brian Kemp, who has signaled that he would sign the bill, issued a statement saying “Today, the State Senate affirmed Georgia’s commitment to life and the rights of the innocent unborn. I applaud the members who supported the heartbeat bill’s passage for protecting the vulnerable and giving a voice to those who cannot yet speak for themselves. I look forward to working with the House to ensure this legislation’s final passage in the coming days.”

The ACLU issued a statement after the bill's passage saying it would challenge the law if implemented.

“As we speak — Georgia has one of the worst maternal death rates in the nation. And the most recent data indicates that black women are almost three times more likely to die from childbirth than white women are. This is morally outrageous,” stated Andrea Young, Executive Director, ACLU of Georgia. “The proposed legislation – HB 481 – represents a callous disregard for their health and wellness and contempt for the Constitutional Rights of Georgia’s women.”

1 / 1
WXIA
Protesters are beginning to fill the Georgia Capitol building as the Senate prepares to vote on the controversial "heartbeat" bill, which would limit abortions to six weeks after conception.

RELATED: We asked a Georgia lawmaker how a proposed abortion bill would be implemented in cases of rape

RELATED: Georgia bill would require men to report every release of sperm to officers