John Lewis announced on Sunday that he was diagnosed with Stage IV pancreatic cancer. 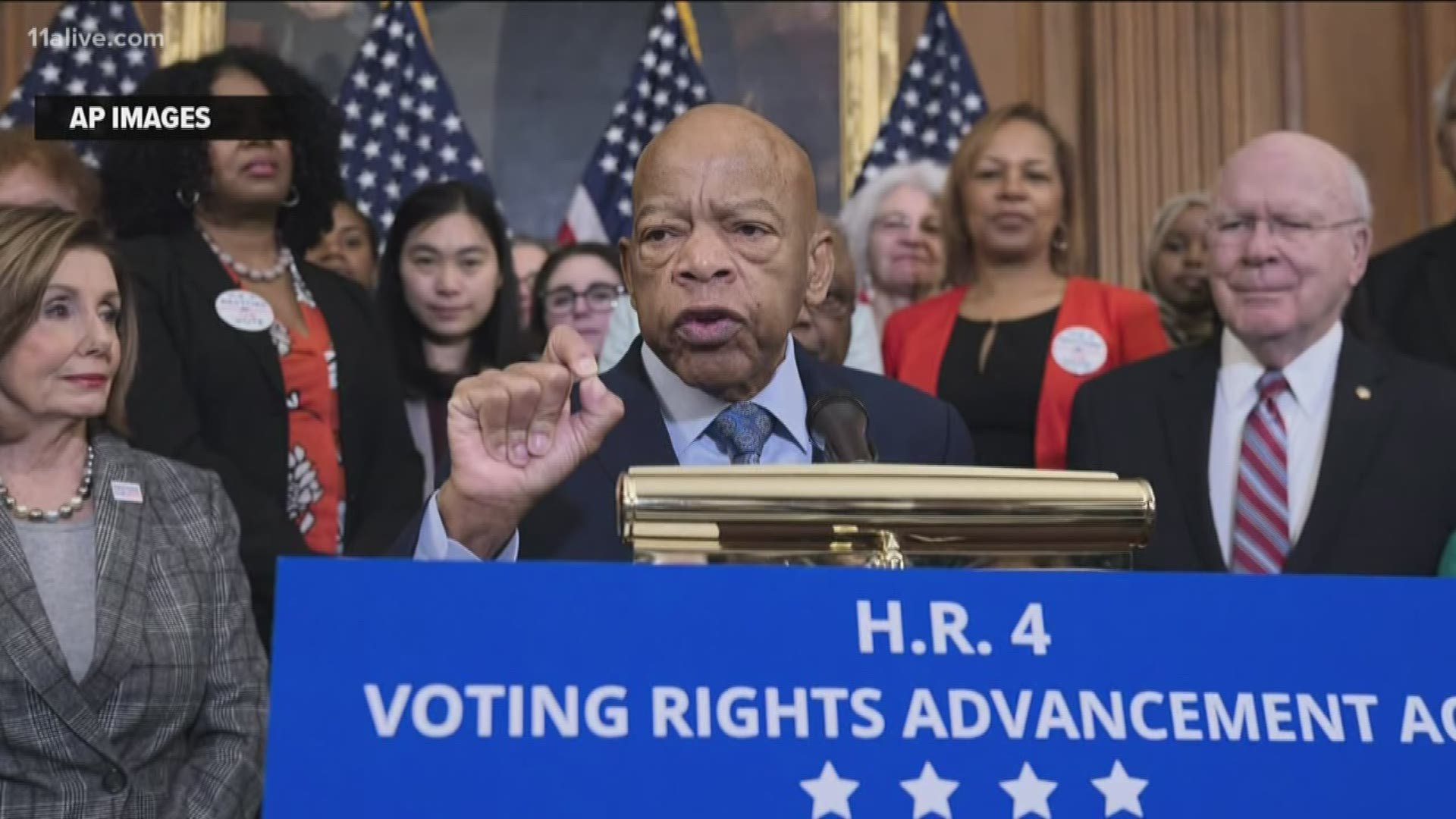 ATLANTA — People from Georgia all the way to Washington are showing their support for Rep. John Lewis after he made public his Stage IV pancreatic cancer diagnosis on Sunday afternoon.

Through numerous comments both in person and on social media, it's clear that many people think of Lewis as a fighter. So, it's no surprise that politicians, former presidents and loved ones in Atlanta all say they expect nothing less than a fight from Lewis in his latest battle.

"He almost lost his life for this city," Pastor Larry Warren of Newnan, Georgia said.

In fact, he's fought a life-long battle for freedom and equality.

"He has been beaten for civil rights and he had led the good fight in Washington for a number of years," Felker Ward said outside the iconic Paschal's restaurant in Atlanta.

Congressman Lewis said in a statement that he never faced a fight quite like this one. but said that with God's grace, he will be back on the front lines soon.

As he begins his treatment, Lewis said he still has many bridges to cross.

"We love him," Pastor Warren said. "You got to respect him."

Across Atlanta - and especially at Paschal's, you don't have to look far to find people with stories of building their own bridges with the 79-year-old civil rights leader and politician.

"He's a fantastic gentleman and he's been one of my mentors for many, many years," Keith McNeely said.

He's helped me personally with a lot of the work that I do with the 100 Black Men and Mentors," Ward said.

Felker said he remembers when Lewis sponsored one of his mentees to get into the military academy West Point.

"It's very sad to hear he's battling this," Ward said. "The whole nation is going to support him."

And that support is already pouring in.

Atlanta Mayor Keisha Lance Bottoms calls him the embodiment of the spirit of Atlanta. And former President Barack Obama tweeted that "I know he's got a lot more of that left in him."

House Speaker Nancy Pelosi shared a picture she had taken with him adding the message: "We are all praying that you are comfortable. We know that you will be well."

RELATED: Her restaurant was a haven during the Civil Rights Movement. She's turning 107 years old.

Lewis will return to Washington in the coming days to work and begin treatment. He said that will happen over the next few weeks.