She said the tragic loss of two Capitol police officers "reminds all of us of the bravery of the law enforcement officers who protect our nation’s Capitol." 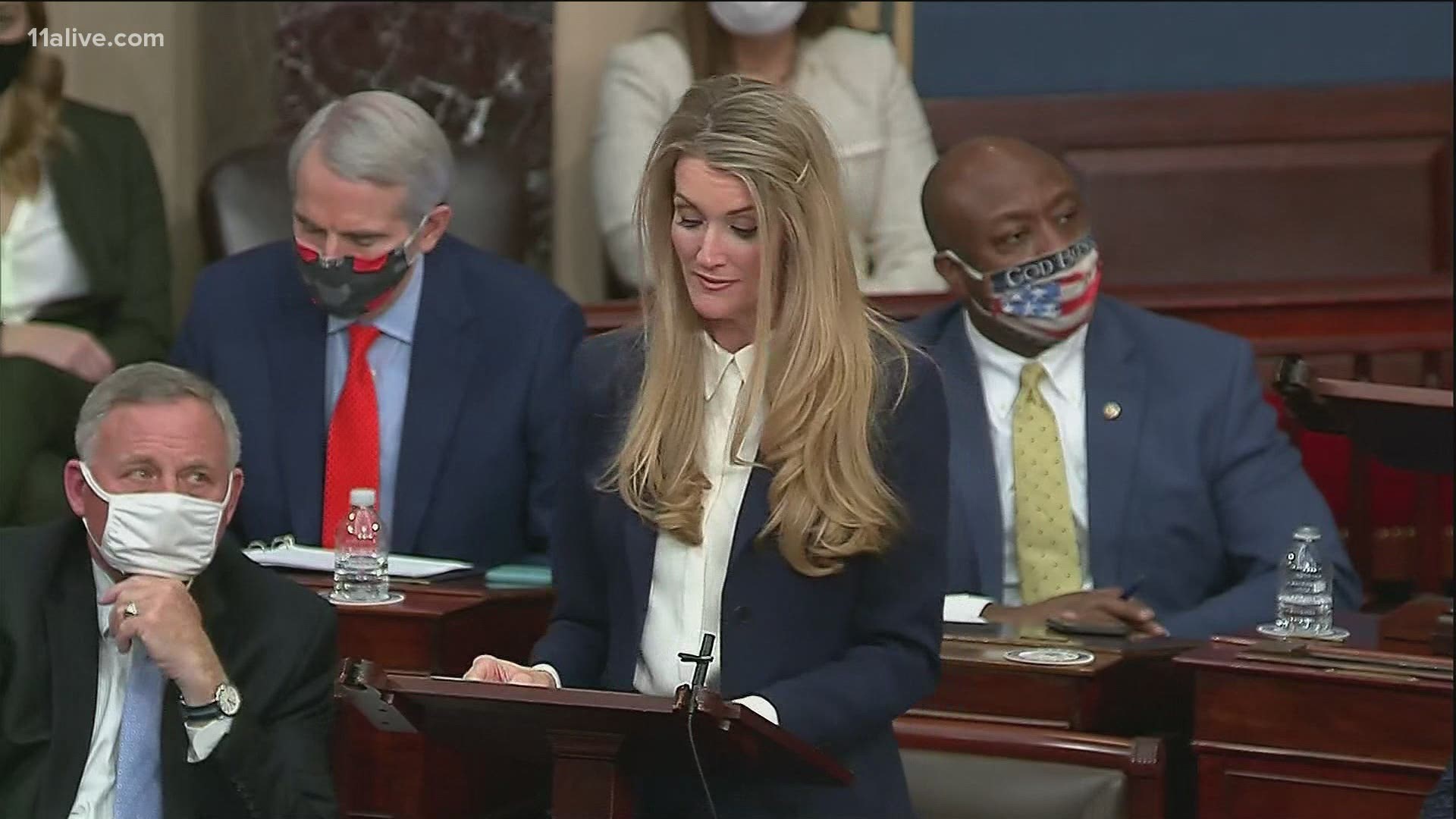 ATLANTA — Sen. Kelly Loeffler won't be getting her final paycheck, but that was her decision.

The senator from Georgia, who lost her reelection bid to Raphael Warnock in a runoff earlier this month, announced she is donating it to the Capitol Police Memorial Fund in honor of fallen U.S. Capitol Police (USCP) Officers Brian Sicknick and Howard Liebengood.

She said that Liebengood was assigned to the Senate Division and often served near Loeffler’s Congressional office in the Russell Senate Building.

“Every Capitol Police Officer puts the safety and security of others before their own,” Loeffler said in a statement. “Officer Sicknick and Officer Liebengood exemplified the selfless service that is the hallmark of the USCP. The tragic loss of these officers reminds all of us of the bravery of the law enforcement officers who protect our nation’s Capitol, my colleagues, Congressional staff, visitors, the press corps and thousands of staff every day.

According to a news release, "honoring a commitment she made upon her appointment," Loeffler donated her Senate salary to 40 different Georgia-based charitable organizations and nonprofits over the last year.

“I’m proud to donate my final Senate pay in honor of their lives and sacrifices," Loeffler said. "I thank the Capitol Police and all law enforcement officers for their dedicated service each and every day of the year.”

State data now shows that that U.S. Senate Runoff election results have been certified by all of Georgia's 159 counties.