"The House managers had much stronger constitutional arguments," said Cassidy of his vote. 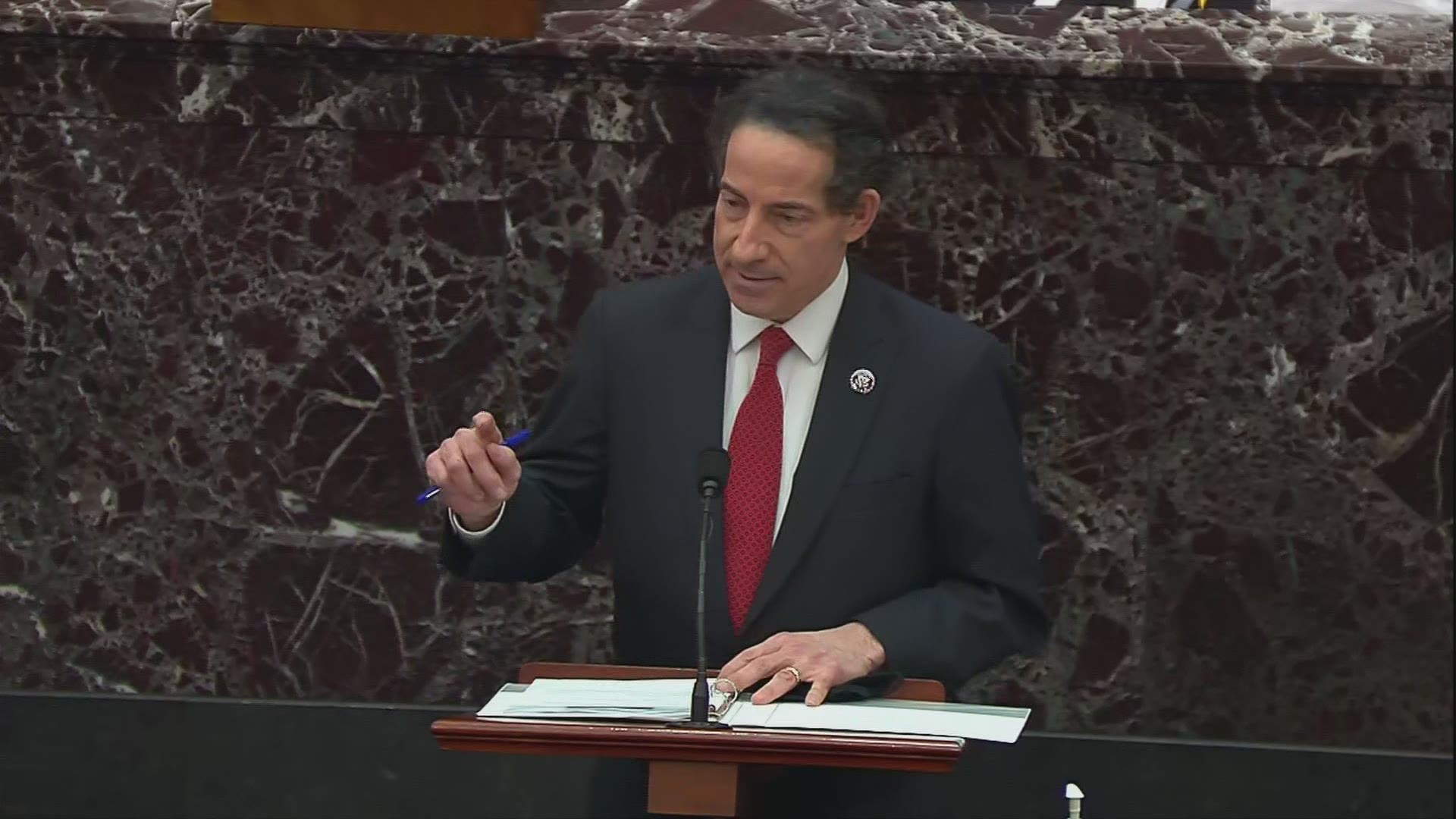 NEW ORLEANS — NOTE: The video above is from the opening statements by House managers on Tuesday.

The U.S. Senate has voted 56-44 to proceed with the impeachment trial of former president Donald Trump with six Republican senators joining all 50 Democrat senators in voting 'yes' to proceed.

Senator Bill Cassidy, R-La., was one of the 'yes' votes. Senator John Kennedy, R-La., voted 'no.'

Cassidy, who supported Trump in the election, issued a statement saying that his vote to proceed does not mean he will vote to impeach.

“We heard arguments from both sides on the constitutionality of having a Senate trial of a president who has since left office. A sufficient amount of evidence of constitutionality exists for the Senate to proceed with the trial. This vote is not a prejudgment on the final vote to convict,” said Dr. Cassidy. “If anyone disagrees with my vote and would like an explanation, I ask them to listen to the arguments presented by the House Managers and former President Trump’s lawyers. The House managers had much stronger constitutional arguments. The president’s team did not.”

Arguments opened Tuesday in the Senate with graphic video of the deadly Jan. 6 attack on Congress and the defeated former president whipping up a rally crowd — “We’re going to walk down to the Capitol!” — as he encouraged a futile fight over his presidency.

The lead House prosecutor told senators the case would present “cold, hard facts” against Trump, who is charged with inciting the siege of the Capitol to overturn the election he lost to Democrat Joe Biden. Senators sitting as jurors, many who themselves fled for safety that day, watched the jarring video of the chaotic scene, rioters pushing past police to storm the halls, Trump flags waving.

“That's a high crime and misdemeanor,” said Rep. Jamie Raskin, D-Md., in opening remarks. “If that's not an impeachable offense, then there's no such thing.”

Trump is the first president to face impeachment charges after leaving office and the first to be twice impeached . The Capitol siege stunned the world as rioters ransacked the building to try to stop the certification of Biden’s victory, a domestic attack on the nation’s seat of government unlike any in its history. Five people died.