Mayor Turner said it is difficult for him to give his address in front of the GHP while it “remains silent on an issue that affects us all.” 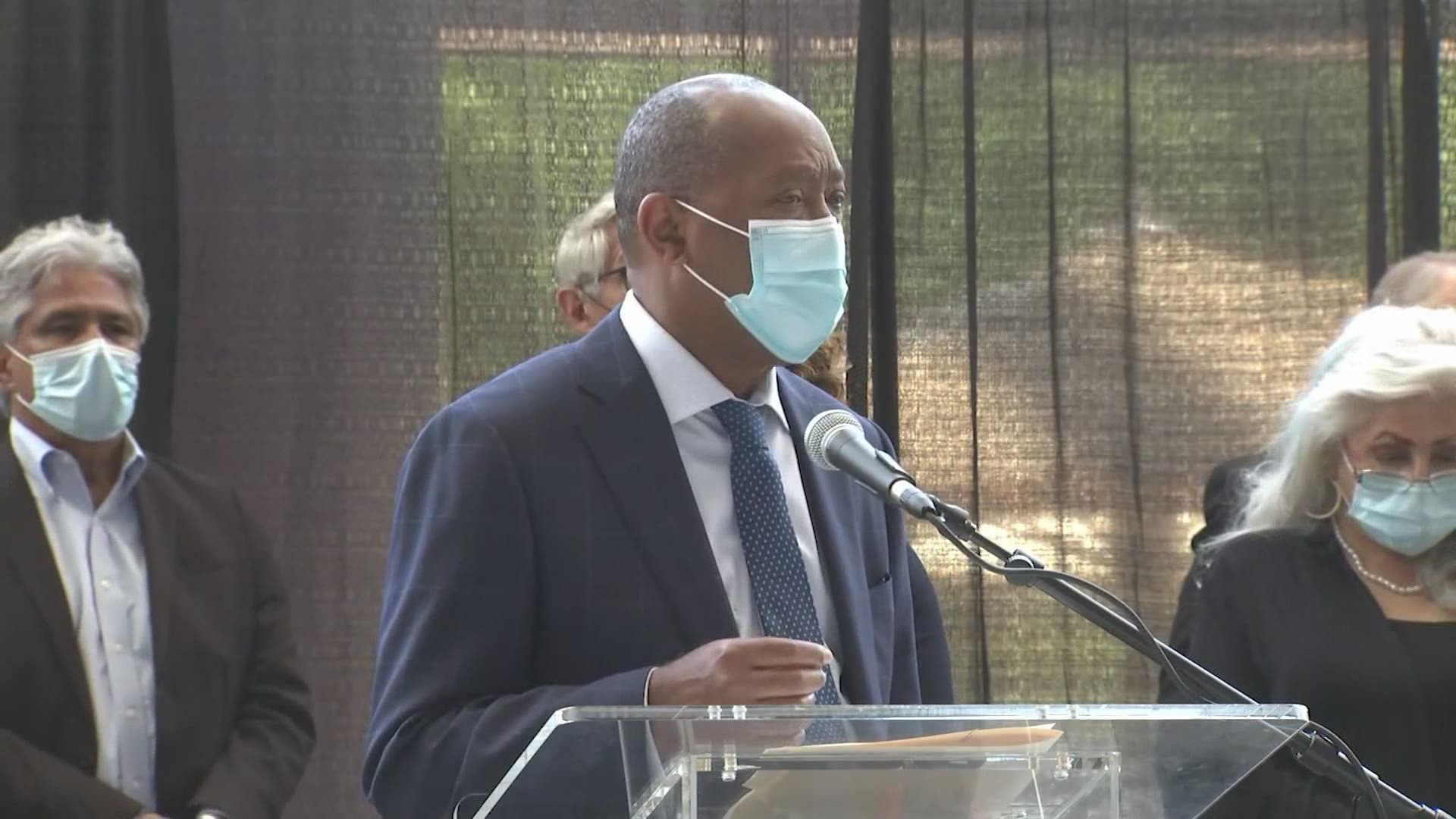 HOUSTON — Houston Mayor Sylvester Turner and Harris County Judge Lina Hidalgo said Wednesday they will forgo their 2021 State of the City/County addresses at the Greater Houston Partnership because the group has stayed quiet on controversial voting bills in the Texas Legislature.

“Voting rights in Texas is the civil rights fight of our time,” Judge Hidalgo said. “We simply cannot tacitly endorse GHP’s refusal to consider speaking out on this issue.”

Texas Republicans are working to pass a sweeping bill that would limit how and when Texans cast ballots. Hidalgo in April said it would allow partisan poll watchers to get as close as they want to voters and record video of them. The Texas Senate passed the bill last month, but it awaits action in The House.

Hidalgo said plans for her address will be released later.

Today @SylvesterTurner and I are cancelling our 2021 State of the County/City addresses hosted by the Greater Houston Partnership. Voting rights in Texas is the civil rights fight of our time. We simply cannot tacitly endorse GHP's refusal to consider speaking out on this issue.

Turner said he is choosing to partner with Houston First for his address because they “value our city’s diversity, inclusion and…believe everyone’s vote matters.”

Turner said it's difficult for him to give his address in front of the GHP while it “remains silent on an issue that affects us all.”

"This is one of those defining moments, and years from now, people will ask where were you at this defining moment? Where were you and what did you do?" Turner said. “If we don’t stand up and speak out, then we must hold ourselves accountable for what ultimately ends up happening.”

It is very difficult to speak in front of an organization who remains silent on an issue that affects us all. When I give my State of the City, I want to feel comfortable and safe speaking to many who feel our fundamental right to vote should take place rather than be suppressed.

“The Greater Houston Partnership is proud of the important work we do with the City of Houston and Harris County -- and with Mayor Turner and Judge Hidalgo specifically -- as we work together to create jobs and opportunity for all Houstonians.

“We regret they have cancelled these long-standing events, which our members greatly enjoy.

“As Mayor Turner and Judge Hidalgo expressed, they are disappointed that the Partnership has not joined them in taking a formal position against the voting bills being considered in Austin.

“We trust that Mayor Turner and Judge Hidalgo respect that the Partnership has its own process by which our 140-member board takes policy positions on behalf of our 1,000 member companies, a process that requires a clear board consensus which does not exist on the legislation.  As in this case, this process does not always lead to alignment with our elected officials.”