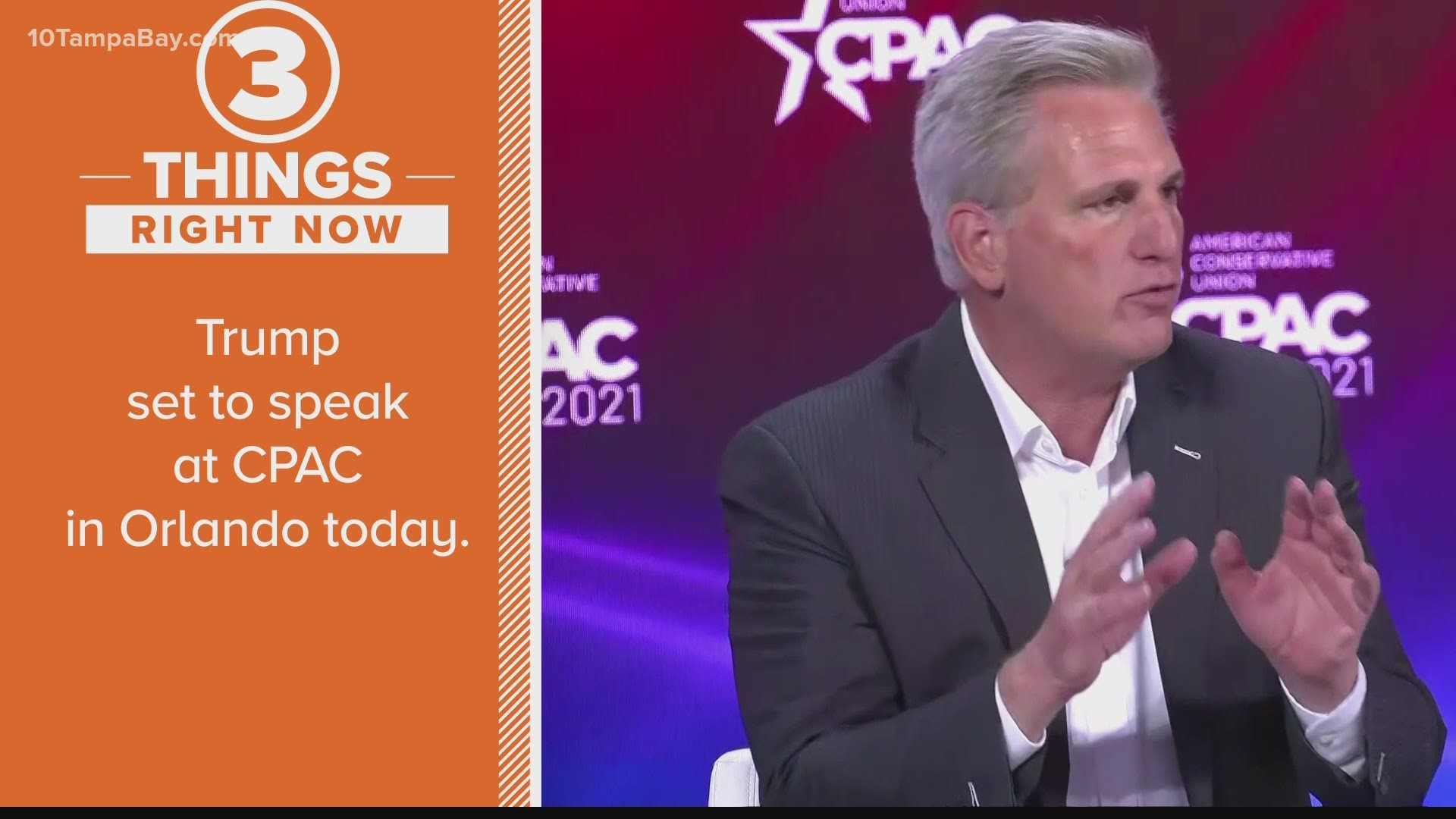 ST. PETERSBURG, Fla. — Several Republican lawmakers cited the ongoing coronavirus pandemic for not being able to vote in person on the latest COVID-19 relief bill but also took time to travel to Orlando and speak at the Conservative Political Action Conference.

CBS News reports at least 13 Republican members of the U.S. House of Representatives filed paperwork with the House clerk that stated, "I am unable to physically attend proceedings in the House Chamber due to the ongoing public health emergency."

Republicans railed against the decision to allow lawmakers to designate a proxy and vote on their behalf over the summer because of the pandemic, the USA Today noted. A lawsuit was filed calling the move unconditional.

U.S. Reps. Matt Gaetz and Greg Steube of Florida voted "no" by proxy on the $1.9 trillion pandemic relief bill that provides an influx of cash into businesses, schools, cities and states. The package, too, includes a $1,400 stimulus check to eligible Americans.

U.S. Rep. Madison Cawthorn, R-North Carolina, tweeted in July: "Leaders show up no matter how uncertain the times are. The Democrats are cowards for hiding and not showing up to work. I guess we can label them as ‘Nonessential personnel’?"

He, too, voted by proxy and attended CPAC. U.S. Rep. Mark Green, R-Tennessee, was another speaker; he joined the Republican lawsuit against proxy voting but used the method to cast his vote on the COVID relief bill.

Democrats on Twitter called out some Republican members' decisions as hypocritical.

"Apparently hypocrisy has become a tenant of the Republican Party," Rep. Jim McGovern, D-Massachusetts, wrote on Twitter. "Let me get this straight: these Members can’t vote in person because of the pandemic, but they manage to attend CPAC?...They were even maskless at this super spreader event! It’s outrageous."

CBS News says four Democrats from Texas designated proxies while they met with President Joe Biden during his trip to survey storm damage.