'There's something to fight for': High voter turnout expected amid Supreme Court decision

President Donald Trump's nomination will shape the court for decades. That alone will bring out voters who might not have wanted to cast their ballot on Nov. 3. 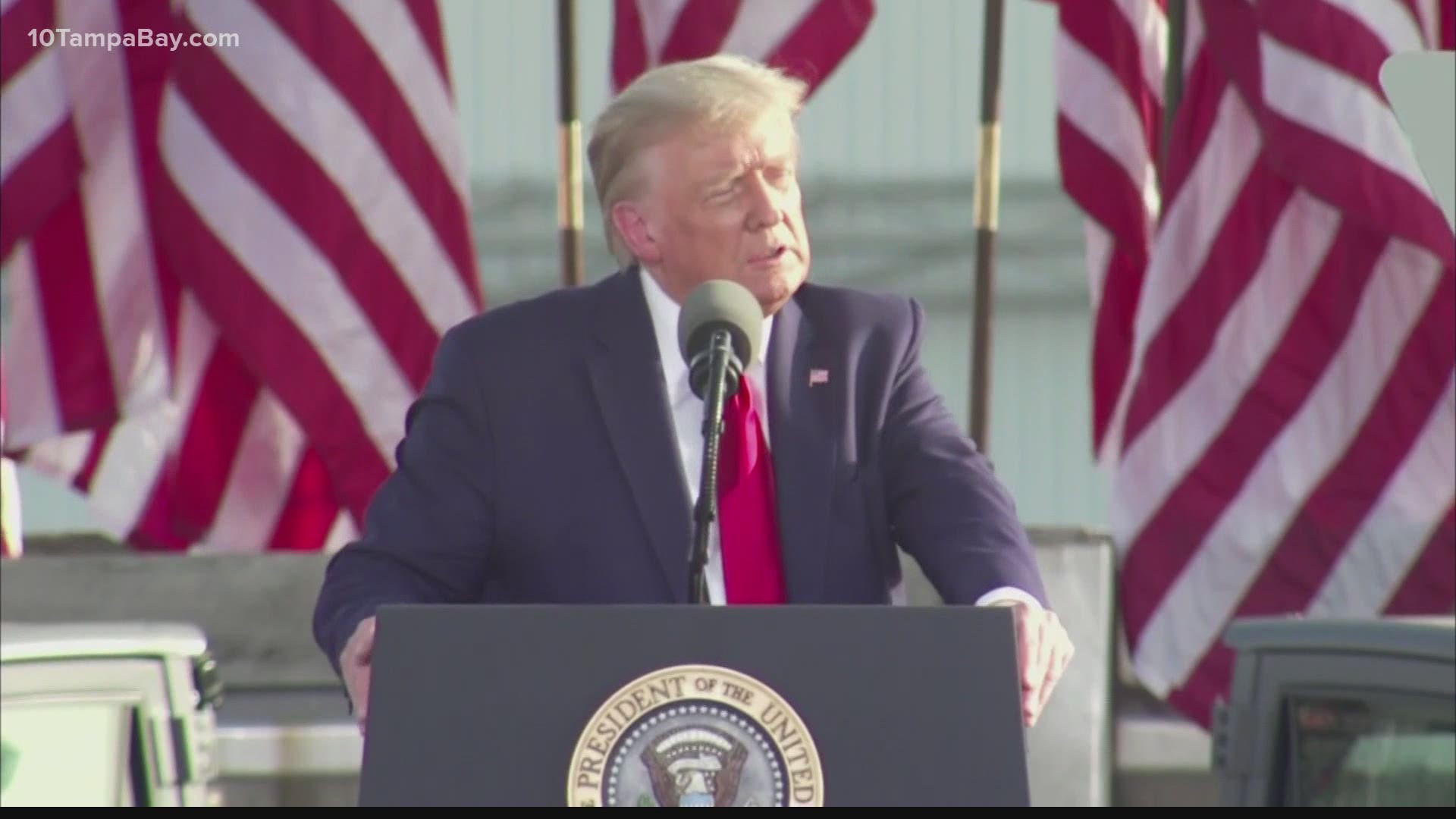 TAMPA, Fla — President Donald Trump says he plans to wait until the weekend to name a nominee to let the services play out.

But the President's list already has two top contenders.

During a campaign rally Monday in the key swing state of Ohio, Trump reiterated his administration is "working very hard" on getting a third justice seated on the Supreme Court.

"The only thing I'll say, for the women, it will be a woman," Trump said.

"He believes that he can gain traction with some of the suburban women that he's lost touch with," Hafner said.

A third conservative nomination to the nation's highest court will make it a 6-3 majority ahead of the November election. Trump in years past selected Neil Gorsuch and Brett Kavanaugh, both of whom were confirmed by the Senate.

"It's certainly more advanced help for the Republicans on the court," Dr. Jay Ed Benton said.

The political science professor from the University of South Florida says the president's top two contenders will help him pull votes:  Florida native Barbara Lagoa could help him win the state and its 29 electoral votes while securing the Latino vote.

Amy Coney Barrett might appeal to religious conservatives for having anti-abortion views.

"When he ran for office in 2016, one of the ways he catered to the religious far-right was to promise to appoint as many conservative judges that were anti-abortion, anti-gay rights and just protect what they saw as being evangelicals being persecuted by liberals in the country. So it is a huge opportunity for him," Benton said.

The president's nomination will shape the court for decades. That alone will bring out voters who might not have wanted to cast their ballot on Nov. 3.

"This is going to energize both sides because both sides have something want to fight for," Hafner said.

Trump has said he will announce his nomination following the services for former justice Ruth Bader Ginsburg. The soonest any announcement will be made is the end of the week.