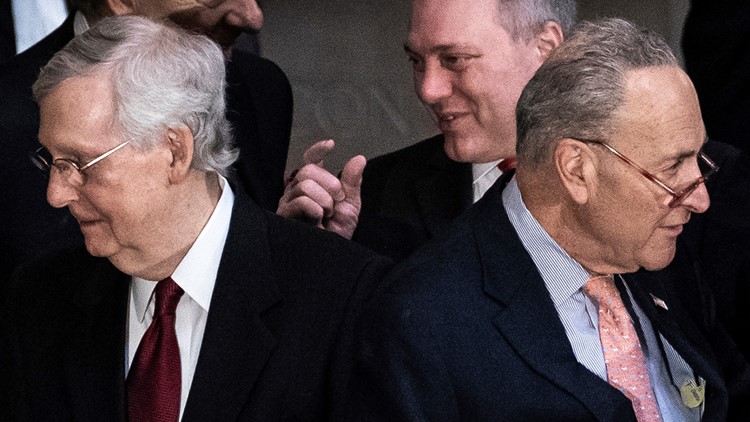 No phones. No talking. Senate leaders agree on strict rules for impeachment trial

WASHINGTON, D.C., USA — Democrats and Republicans can hardly agree the sky is blue, but the leaders of both parties in the U.S. Senate both signed a letter that outlines strict rules for the upcoming impeachment trial of President Trump.

According to CNN, Majority Leader Mitch McConnell and Minority Leader Chuck Schumer sent it to all 98 other Senators, who were told their “cooperation and understanding is appreciated.”

Roll Call reports the guidelines prohibit access to certain parts of the capitol during the trial, and Senators have to enter and exit the Senate chamber through certain doors.

Each Senator will be provided with a specific number of guest passes to limit the number of people in the chamber at any given time.

But, that’s the easy part.

CNN says McConnell and Schumer also released a one-page list of rules that every Senator must follow during the trial. They include:

According to the CNN report, the letter did not mention how the rules will be enforced.