Projects at Tampa Bay's MacDill Air Force Base appear on the list. 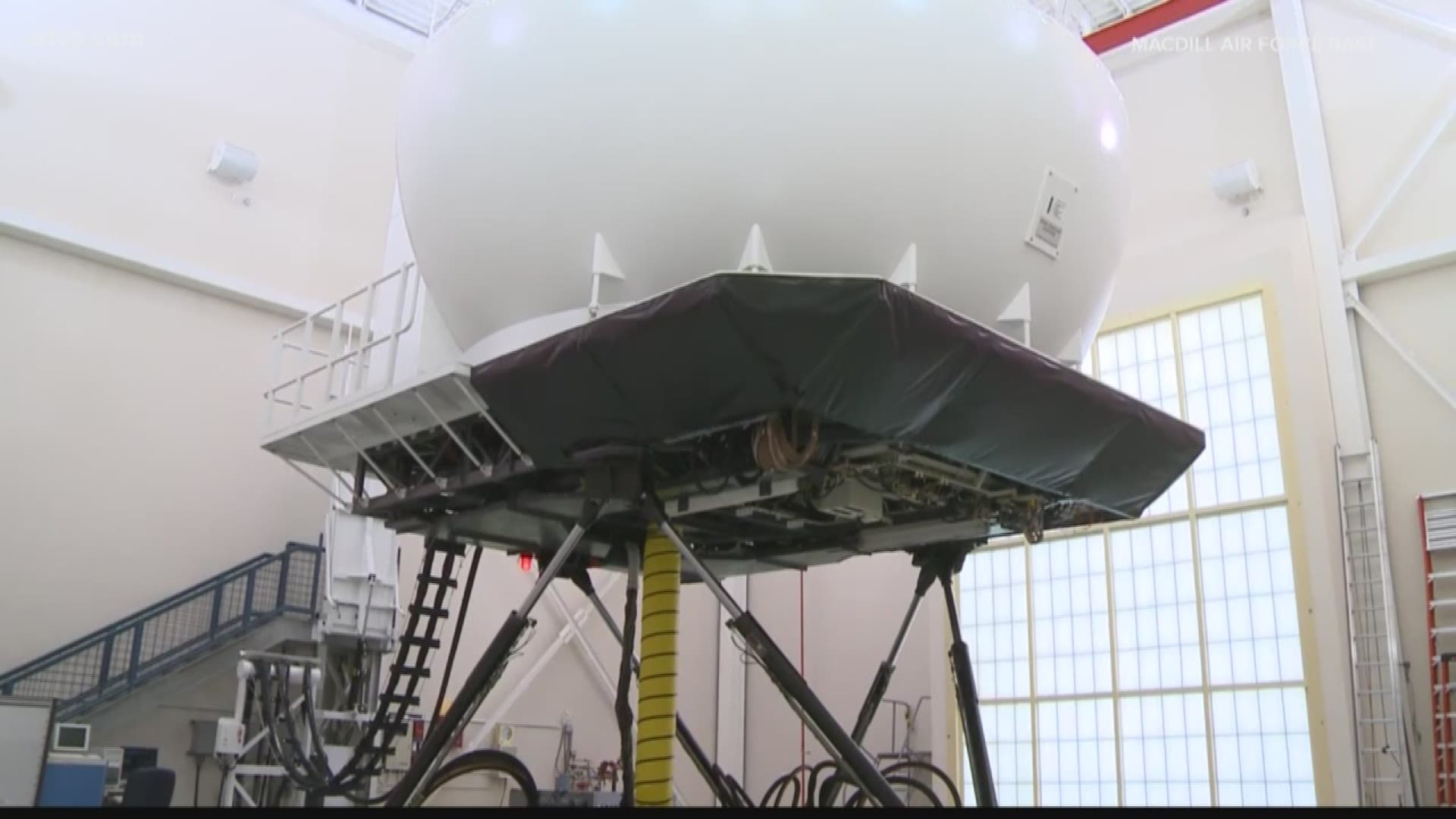 The Pentagon sent a 20-page list of military construction projects to Congress on Monday that might be slashed to pay for President Donald Trump's wall along the Mexican border.

Two projects listed are at Tampa's MacDill Air Force Base.

Democrats expressed hope that by knowing which local projects could be targeted, lawmakers would be likelier to override Trump's veto of a measure aimed at preventing the cuts.

"Now that members of Congress can see the potential impact this proposal could have on projects in their home states, I hope they will take that into consideration before the vote to override the President's veto," Sen. Jack Reed of Rhode Island, top Democrat on the Senate Armed Services Committee, said in a statement.

The MacDill projects, worth approximately $11 million, appear to be related to the addition of a pilot flight simulator.

MacDill was one of a few sites chosen to get the technology.

However, it's not clear if the project's fate on the chopping block is inevitable. The Defense Department said projects which have already been awarded funding will not be cut. But specifics weren't provided.

The Military Times is reporting that only funds from projects with award dates after Oct. 1, 2019 are eligible to be cut. The MacDill projects appear to have award dates of July and September 2019.

With the House scheduled to vote Tuesday on overriding Trump's veto, the spokeswoman for the top GOP vote counter predicted the president will prevail anyway.

"House Republicans have stood strongly with President Trump on securing our nation's border and overwhelmingly supported his emergency declaration by large margins when we voted on this weeks ago; this will not change," said Lauren Fine, spokeswoman for No. 2 House GOP leader Steve Scalise of Louisiana.

The Pentagon document listed hundreds of projects envisioned around the U.S. and world worth around $12.9 billion. Not all will be subject to cuts, the Defense Department wrote, making it difficult to determine exactly which would be vulnerable.

The list included more than $100 million for water treatment plant improvements at Camp Lejeune and airfield security and other work at Cherry Point Marine Corps Air Station in North Carolina. That is the home state to Republican Sen. Thom Tillis, who initially said he opposed Trump's emergency but voted for it. Tillis, who could face a tough re-election fight next year, said the White House had shown a willingness to consider curbing presidential powers to declare future emergencies.

Also listed were an air traffic control tower at Fort Benning, Georgia; a maintenance hangar at Travis Air Force Base in California; and a drone hangar at Kunsan Air Base in South Korea.

In their initial votes, the House and Senate both fell short of the two-thirds majorities that will be needed to override Trump's veto. That suggests the override effort will fail unless the political tide shifts.

Trump declared a national emergency at the Mexican boundary last month after Congress limited him to just under $1.4 billion to build border barriers. He invoked a law that would let him siphon other budget funds — $3.6 billion from military construction — to build the structures and fulfill his prime 2016 campaign promise.

The House voted to block his emergency by 245-182 in February. The Senate followed last week by 59-41, including a dozen GOP defections. Lawmakers expressed concerns that Trump was ignoring Congress' constitutional control over spending and worries about the cuts' impact back home. Trump vetoed the bill Friday.

In a letter accompanying the list, Defense Department officials said they wouldn't touch items for which money would be awarded by the Sept. 30 end of this fiscal year or for projects like housing. They didn't specify which would be exempted.

Even so, Democrats latched onto the potential cuts to drum up support for the veto override.

"What President Trump is doing is a slap in the face to our military that makes our border and the country less secure," Reed said.

Three top Democrats said in a statement that the projects were facing cuts "to placate the President."

Sens. Dick Durbin of Illinois, Patrick Leahy of Vermont and Hawaii's Brian Schatz said, "This madness will not stop until more of our Republican colleagues are willing to put the military ahead of party politics."

A spokesperson for Sen. James Inhofe, R-Okla., chairman of the Armed Services panel, said the document "is not a list of projects that will definitively be impacted." She said Inhofe will continue working with defense officials to find targets "without negatively affecting any military construction projects."

Trump said throughout his campaign that Mexico would pay for the wall, which it has consistently refused to do.

Democratic-aligned groups including state attorneys general have filed lawsuits against the emergency declaration, potentially blocking the money for months or more.