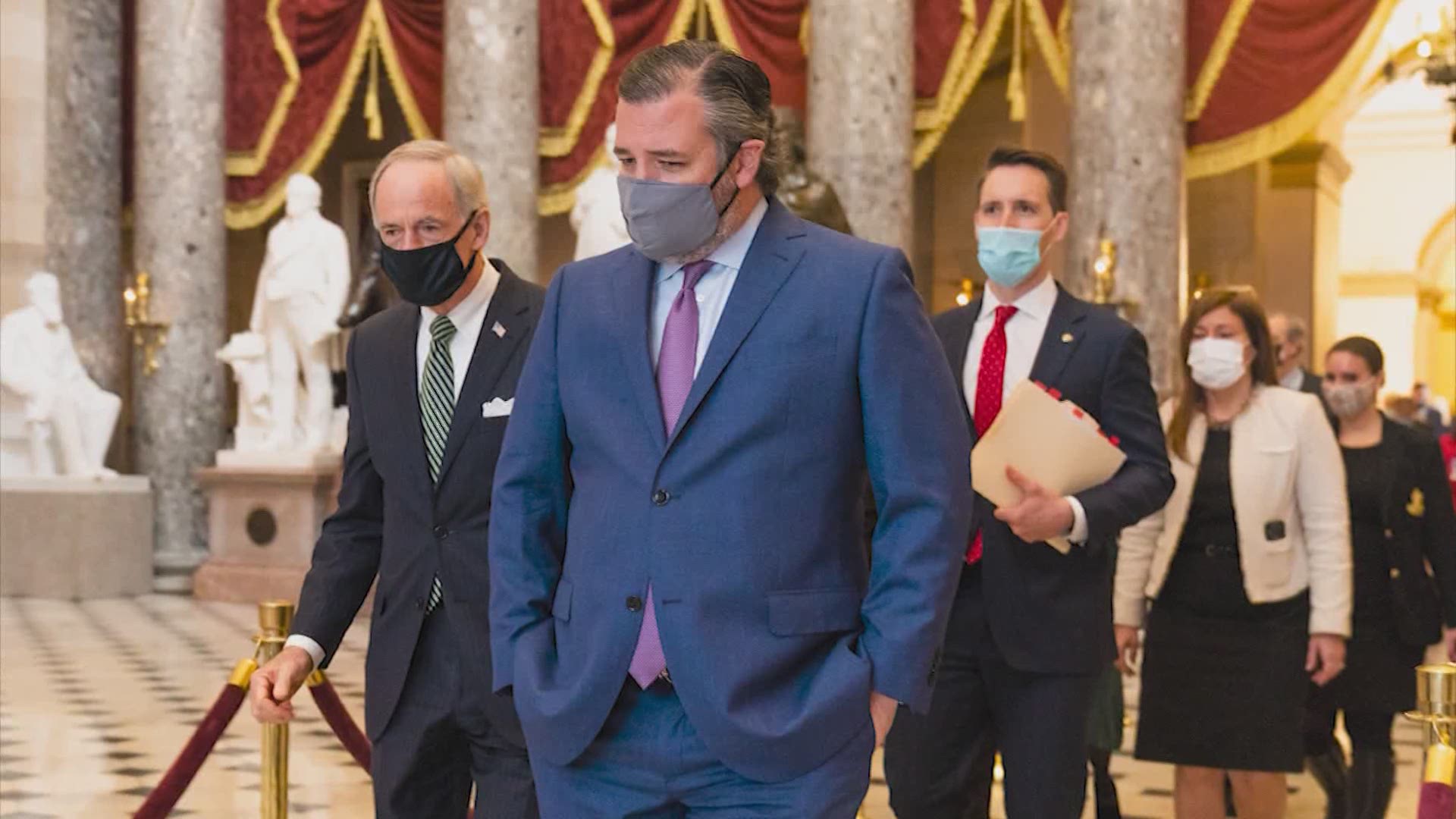 WASHINGTON, D.C., USA — Lauren Blair Bianchi, the communications director for Sen. Ted Cruz, has resigned following the riot at the U.S. Capitol, according to reports from both The New York Times and the Dallas Morning News.

The Times reported her resignation was in direct response to Cruz's efforts to overturn the results of President-elect Joe Biden's win.

“Sen. Cruz and Lauren agreed that it would be best to part ways,” Cruz's office said in a statement. “He thanks her for her service and wishes her the best.”

The Times report stated that Bianchi said "she was unhappy with the direction the office had taken."

According to CNN, Cruz's former communications director, Amanda Carpenter, has also spoken out against his actions, calling it "horrifying" and saying that the senator had a direct role in the riots.

Both Sen. Cruz and Sen. Josh Hawley of Missouri have been heavily criticized for challenging Biden's wins in Arizona and Pennsylvania prior to the riot, citing unproven reports of election fraud moments before a mob of the president's supporters stormed the Capitol, which led to the deaths of five people.

In a video excerpt taken before the riots on Jan. 6, Cruz said the idea that some Americans believe the election was "rigged" is a "profound threat to this country" and that voting against the objection was a "statement that voter fraud doesn't matter, isn't real and shouldn't be taken seriously."

Since the riot, thousands of people have signed a petition to disbar the Texas senator. And Biden himself said voters should oust both Cruz and Hawley in the next election.

"I think they should be just flat beaten the next time they run," Biden said. "I think the American public has a real good clear look at who they are. They're part of the big lie, the big lie."

Cruz has also said he does not assume any blame for what happened at the Capitol.

“Not remotely,” he said. “What I was doing and what the other senators were doing is what we were elected to do, which is debating matters of great import in the chamber of the United States Senate. I joined with 11 other Senators and we proposed to the Senate that Congress should appoint an electoral commission."