"I was crying and smiling all day long," said Dr. Aisha Durham, a professor at the University of South Florida in Tampa. 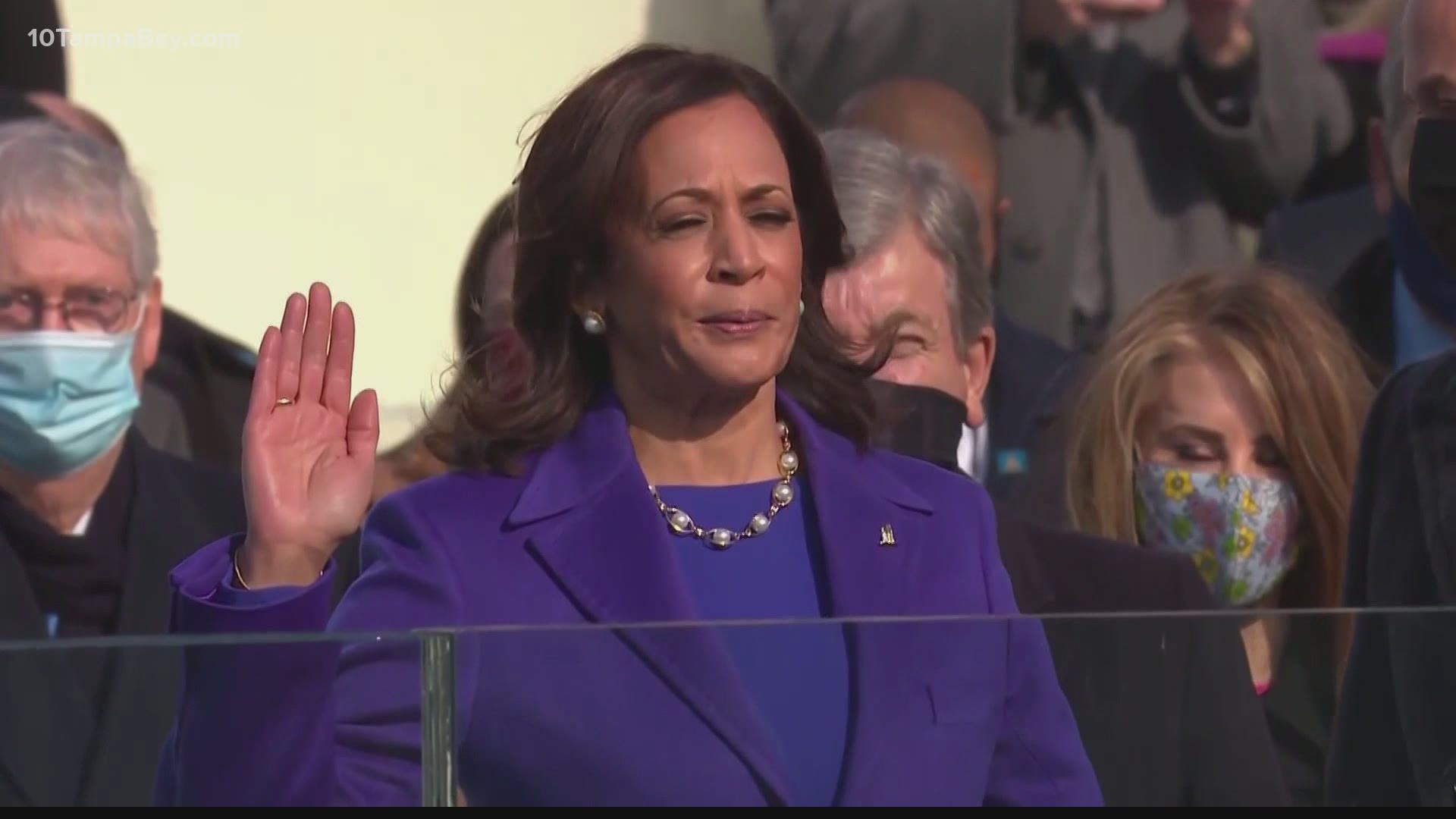 TAMPA, Fla. — When Vice President Kamala Harris took the oath of office Wednesday afternoon on the steps of the nation’s Capitol, there was a crack in America’s 245-year-old glass ceiling and, politics aside, there were celebrations all around.

"I am overjoyed by the opportunity that this presents, not only for our Vice President Kamala Harris, but for those that will be looking up to her as a mentor and a role model for so many little Black girls who have never even thought that they can achieve such a lofty goal," said Terri Lipsey Scott, the executive director of Dr. Carter G. Woodson African American Museum in St. Petersburg.

To celebrate, the momentous occasion, the Woodson Museum hosted a "Chucks and Pearls" inauguration event. The pearls were an ode to Harris’ historically Black sorority, Alpha Kappa Alpha; the “Chucks,” a nod to Harris’ signature Converse shoes.

"I was crying and smiling all day long," said Dr. Aisha Durham, a professor at the University of South Florida in Tampa.

Durham specializes in race and gender studies; she says this moment will shape America forever.

“It's not even as if black women and women of color, in general, haven't been represented, but that representation has always in some ways been a little tokenized,” Durham said. “That shifted today when at the top part of the executive branch, we are sitting at that proverbial table.”

It’s a table Black women, women of color and other minority and marginalized groups have not always been welcome. Durham said it was just a generation ago in the 1960s that African Americans, as a whole, ensured the right to exercise their vote.

So, as Harris stood on the steps of the nation's Capitol—a Capitol built by slaves, posterity looked on in triumph.

“I'm from Virginia. So, there are two obligatory field trips that we always had to go to. We had to go to a plantation, whether it was Jamestown, or another plantation in Virginia, and to…go to the Capitol,”  Durham said. “If there's any story from…me visiting those plantations and the Capitol when I was a child, to me witnessing this moment, is that I am here because they were there."