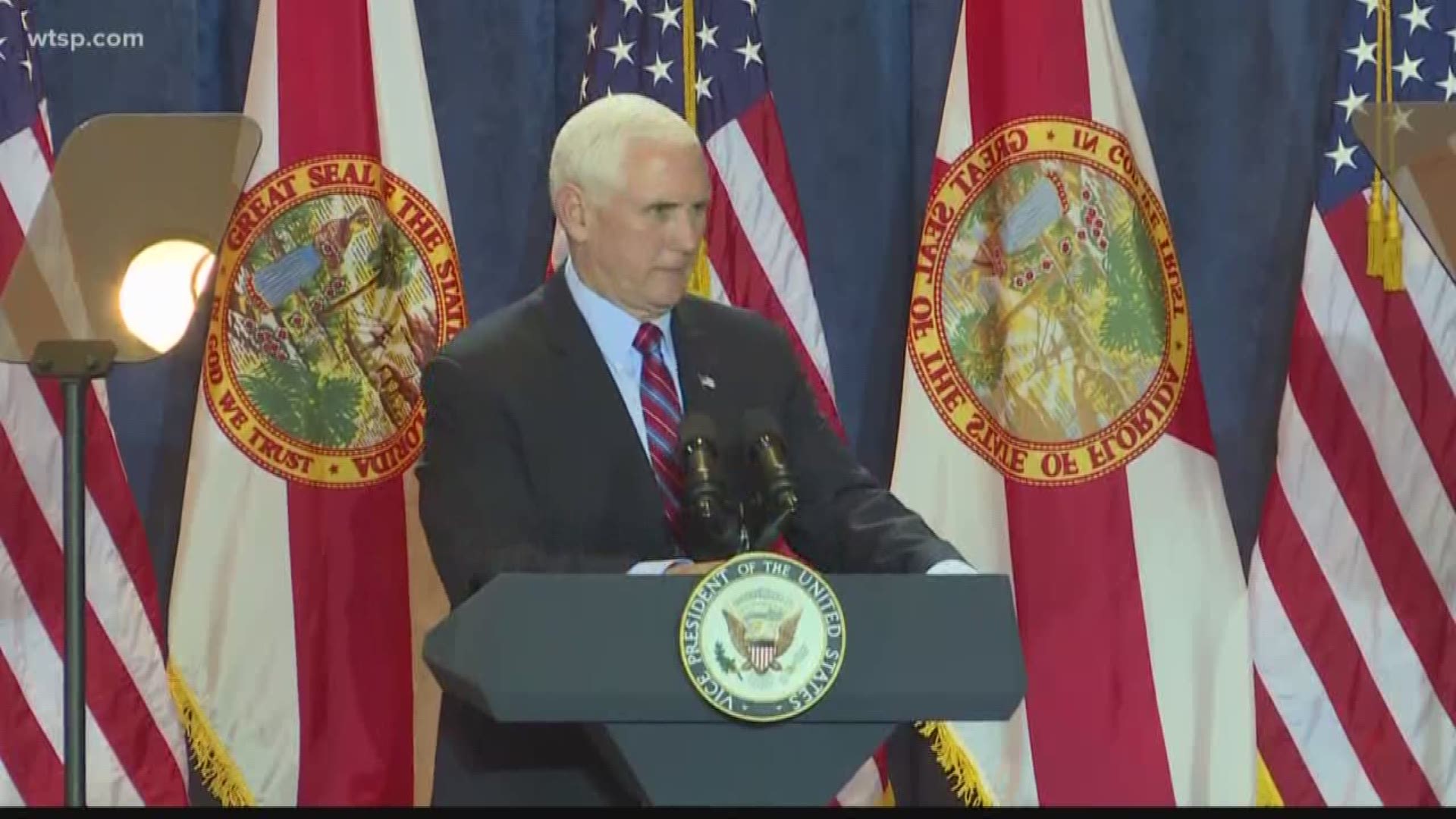 TAMPA, Fla. — It wasn’t nearly the size of a presidential rally, but hundreds of loyal followers flocked to The Venetian Event Center in New Tampa on Thursday for a “Keep America Great“ rally with Vice President Mike Pence.

Less than three weeks into the 2020 election year, and the administration was back in Central Florida – a battleground region in a battleground state, which republicans acknowledge President Trump must carry again if he’s to win Re-election.

The Vice President’s visit came on the same day the Senate officially opened its impeachment trial against President Trump, which Pence called nothing more than partisan politics.

”The truth is, Democrats are trying to run down this president,” said Pence, “because they know they can’t run against this president.”

The Vice President focused most of his comments on what supporters see as the administration’s accomplishments. New trade agreements with China, Mexico and Canada and a booming economy.

“Unemployment is at a 50 year low,” said the Vice President, “The stock market is soaring.”

Pence also talked about the administration’s support for the U.S. military and the President’s recent missile strike that killed an Iranian general.

Outside St. Mark’s Catholic Church, a few dozen protestors rallied against the administration’s policies on issues like the environment and immigration.

Inside the Venetian Event Center, Vice President Pence also focused on topics that resonate with the administration’s religious base.

“This president in this administration will always stand for the religious freedom of every American of every faith,” he said.

Before stepping away from the podium, the Vice President made one more plea - Asking supporters to personally do what they could to support the administration’s efforts here in the Sunshine State.

“Florida played an incredibly important role in 2016, as it has in every presidential election in my lifetime and well before.”

From Tampa, Vice President Pence hopped on a tour bus, stopping occasionally between Tampa and a Latinos for Trump rally in Kissimmee.

The route through central Florida again acknowledges the importance of the I-4 corridor, making it likely we will see a lot more of the President and the Vice President again in coming months.