"Thank you to the great people of The Villages," Trump tweeted with a video of one of his supporters chanting, "white power." 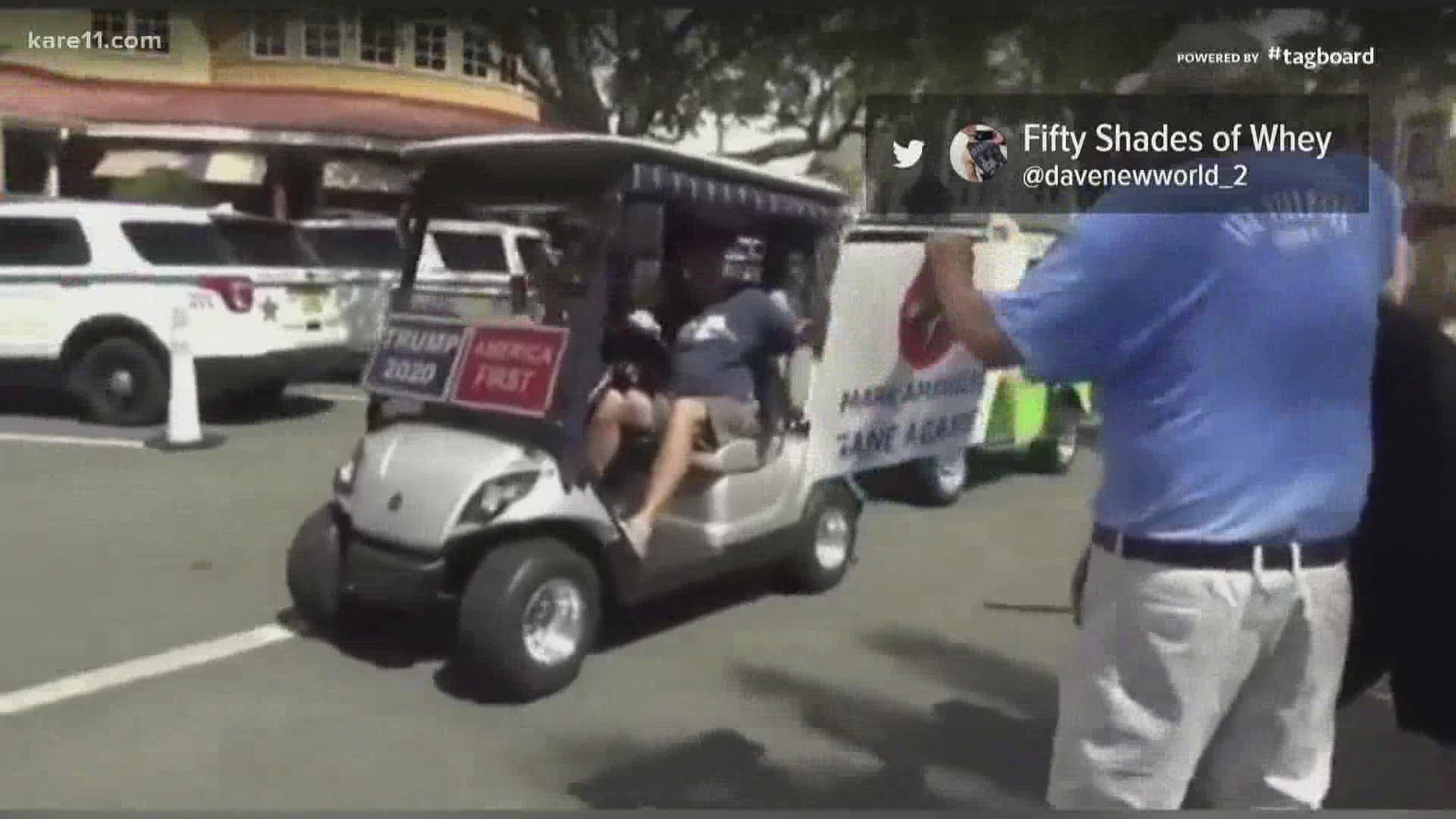 THE VILLAGES, Fla. — There has always been a low-boil tension between a much smaller cohort of Democrats and the Republican majority in The Villages retirement community in Florida.

A veneer of good manners in the largest retirement community in the U.S. mostly prevailed on golf courses and at bridge tables. But residents said Monday those good manners have been put to a test over the past several months.

Those tensions got international attention last weekend when President Donald Trump tweeted approvingly of a video showing one of his supporters at the retirement community chanting "white power," a racist slogan associated with white supremacists.

"Thank you to the great people of The Villages," Trump tweeted.

White House spokesman Judd Deere said in a statement that "President Trump is a big fan of The Villages. He did not hear the one statement made on the video. What he did see was tremendous enthusiasm from his many supporters."

The White House did not respond when asked whether Trump condemned the supporter's comment.

RELATED: President Trump denies being briefed on reported Russian bounties against US troops