People who say they've been sexually assaulted say there's a reason they don't report it right away, if ever. 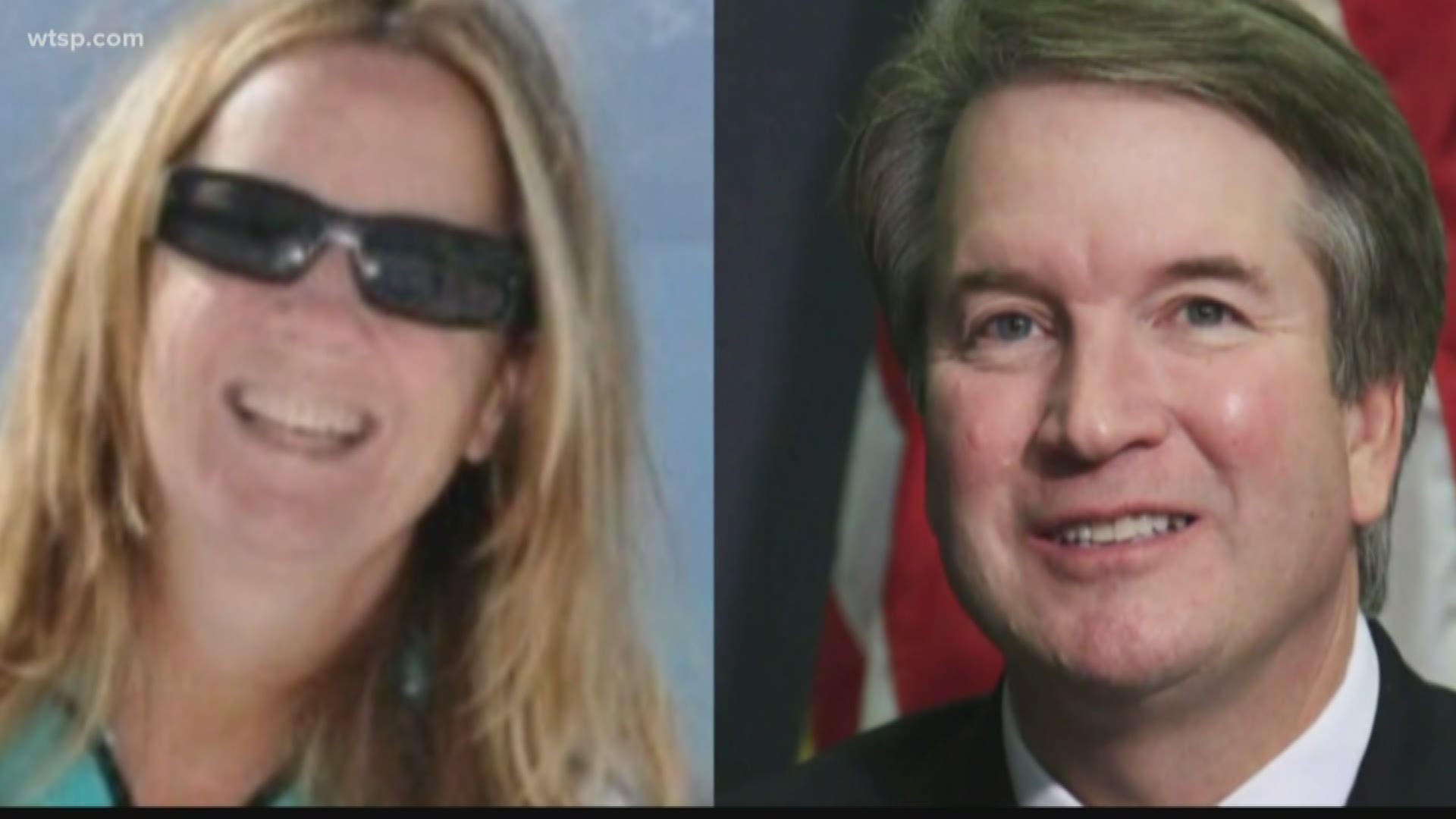 TAMPA, Fla. — As Supreme Court nominee Brett Kavanaugh and one of his accusers, Christine Blasey Ford, are set to testify before the Senate Judiciary Committee, additional women are coming forward with allegations.

Five women now claim that Kavanaugh sexually assaulted or behaved "inappropriately towards them." Two of the new accusers are remaining anonymous with one of those encounters allegedly happening outside a Washington D.C. bar in 1998.

►RELATED: Kavanaugh allegations: Is what someone does at age 17 relevant?

Kavanaugh has denied all of the claims and the White House has dismissed the allegations as anonymous and untrue while the question why now? is continually asked.

But people who say they've been sexually assaulted say there's a reason they don't report it right away, if ever.

Rena Romano is one of those people.

"Why now," Romano asked rhetorically. "I know why I didn’t report."

Romano says she was just 4-year-old the first time the abuse happened. It was at the hands of her own brother and it would happen many times over for many years after.

The first time Romano ever told anyone, she was in her 30s. She was on the brink of suicide.

“I just didn’t know how to live with the pain of what happened," Romano said.

She never expected the response she ultimately received when she finally told her mother and other relatives: They believed her.

“I was believed and I was encouraged to seek help," she said. "Why would anyone come up with this story?”

But she also acknowledges she's one of the luckier ones.

Telling her family was just the beginning. Romano has gone on to tell her story many times over since. She's written a book, given TEDx Talks and even appeared on the Oprah Winfrey Show in 2009.

Romano said she identified with so many of the stories being shared by survivors on social media through the now-viral #WhyIDidntReport hashtag.

The hashtag started trending on social media after President Trump questioned Blasey Ford's credibility. He tweeted, "If the attack on Dr. Ford was as bad as she says, charges would have been immediately filed."

I have no doubt that, if the attack on Dr. Ford was as bad as she says, charges would have been immediately filed with local Law Enforcement Authorities by either her or her loving parents. I ask that she bring those filings forward so that we can learn date, time, and place!

Echoing many of the tweets, Romano argues it's not that easy.

It's estimated one in five women will be raped at some point in the lives, according to data studied by the Centers for Disease Control. Yet, as many as seven in 10 incidents will likely go unreported, the 2017 National Crime Victimization Survey found. The number is even grimmer for child sexual assault, which the National Sexual Violence Research Center estimates is reported just 12 percent of the time.

But the reasons for not reporting, Romano says, are as black and white as the hundreds of thousands of explanations posted to Twitter.

"It’s been my story too, that I would be blamed, I wouldn’t be believed, I’m lying," Romano said. "We’re not believed and then we’re blamed."

Romano believes Blasey Ford came forward now because she "found the courage," and "wants to make a difference." What she doesn't believe is that it's politically motivated.

"Why would anybody in their right mind subject their family or themselves to this type of violent harassment," Romano said. "Look how they’re treating Dr. Ford and the things they’re saying about her and to her and her family. They’re being threatened.”

With five accusers now claiming they've been sexually assaulted by Kavanaugh, critics questions whether all of them are truthful.

While the data available on the prevalence of false reporting is limited, of the few studies out there it's estimated between 4-5 percent of reported assaults are fabricated. But for several reasons, it is challenging to confidently estimate what percentage of sexual assault allegations are fabricated because there is no single source of data to draw from and sex assaults are among the most underreported crime.

Romano wishes more accusers were given the benefit of the doubt. She knows exactly what she'd say to Blasey Ford if given the chance.

“I’d hug her and let her know that I believe her because that’s the problem: We’re persecuted for a crime we didn’t commit," Romano said. "I would tell her that she’s not alone, we feel her pain, we know what it feels like.”