Access to the President's Daily Brief has historically been an essential part of successful transitions of power. 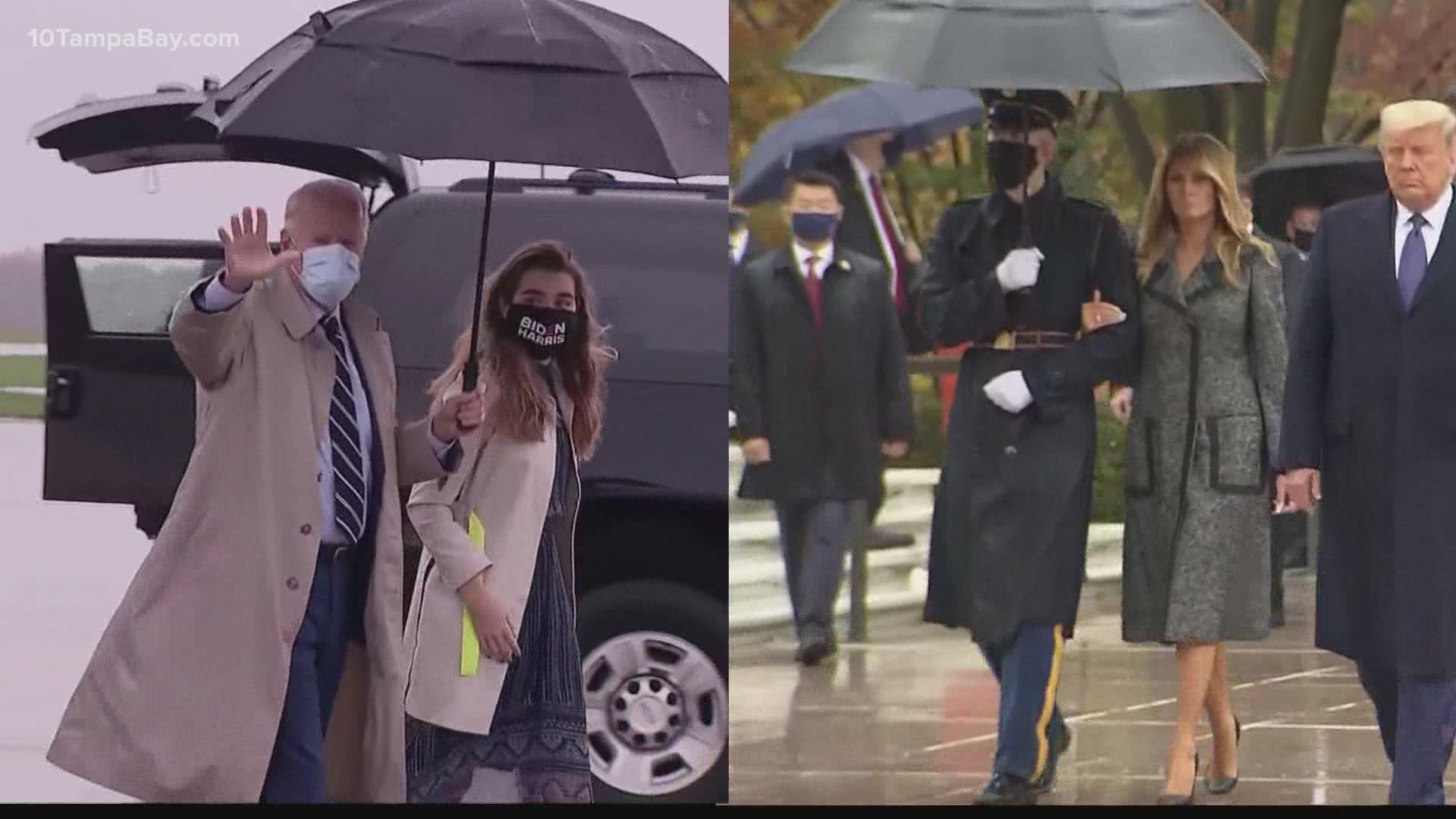 TAMPA, Fla. — President Trump's current refusal to concede and his administration's inability to accept the unofficial results of the 2020 election are keeping the steps needed for a transition of power, including granting access to security briefings, from being completed.

General Services Administrator Emily Murphy was appointed by President Trump. She has said there has not been an ascertainment about who won the election.

To begin the formal presidential transition, by law, the head of the GSA must know for certain who is the “apparent successful candidate.”

Chris Sautter is a Democratic election attorney who was involved in the 2000 recount. He says traditionally that determination happens on election night when networks declare who has secured the electoral college votes needed.

In 2000, there was a delay in the presidential transition, however, both former Vice President Al Gore and President George W. Bush received the daily security briefings.

Access to the President’s Daily Brief or "PDB" is essential says, Colonel Chris Costa. “We’re talking about the nation’s most sensitive intelligence, that’s synthesized and broken down and it’s very readable,” he explained.

Costa is now the Executive Director of the International Spy Museum in Washington, D.C. He has decades of experience in intelligence serving with the United States Special Operations Command based at MacDill Air Force Base and eventually becoming Special Assistant to President Trump and Senior Director of Counterterrorism at the National Security Council.

He spoke with 10 Tampa Bay to provide an understanding of the importance of the PDB and also implications for national security without it.

The PDB is something he had access to it during his service to the president and says in short, it’s the most important piece of information put together by the intelligence community.

“There are day one problems that can’t be worked on, on day one, without having been adequately briefed on the intelligence. In other words, you can’t wait until the 11th hour to understand the complexities of a situation and we encountered that with the current administration almost 4 years ago to the month," Costa said.

"We dealt with day one problems and had I not had access to the intelligence I would have been behind the power curve after the inauguration."

Costa says we must remember though politically divided, our adversaries are watching. We must remain united in national security and allow the President-elect time to prepare and educate prior to inauguration day.

Republican Senator James Lankford from Oklahoma has said if the Biden team is not given access by Friday, he will take action.

“When it comes to national security, we should do everything possible to ensure that, whatever the outcome for the next president, whether it’s the current one or Vice President Biden, are fully prepared,” Senator Rubio said.