Rick Kriseman's mayor@stpete.org address could read like one for Mayor Pete Buttigieg, but messages won't go to him. 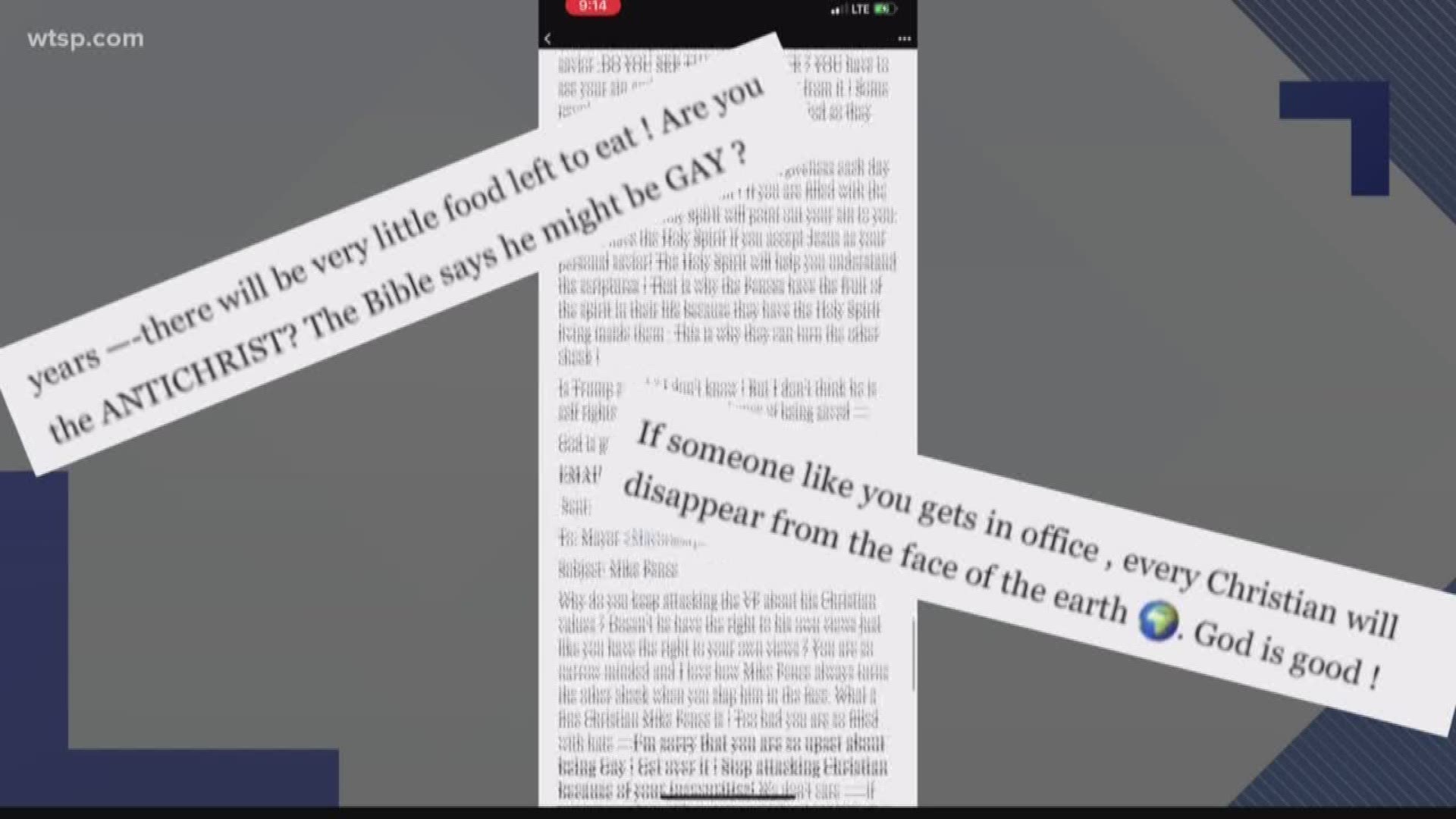 ST. PETERSBURG, Fla. — Mayor Rick Kriseman has advice for some would-be haters: His email address is not for Mayor Pete Buttigieg.

"Simply because we have Pete in our email address, doesn't mean it's going to Mayor Pete," Kriseman said. "It's Saint Pete, unless they've proclaimed him as a saint also at the same time."

RELATED: Who is Pete Buttigieg?

Buttigieg is mayor of South Bend, Indiana, which might be confusing some people as they fire off emails. Kriseman on Facebook said the emails he's received "serve as a reminder of what we're still up against" as they attack the openly-gay Buttigieg and his criticism of Vice President Mike Pence.

"As he continues to make a serious case to lead our nation, let us not lose sight of the historic nature of his candidacy and the venom he, his husband, and gay Americans everywhere continue to face," Kriseman wrote on Facebook. "Let us continue to spread a message of peace and acceptance."

One excerpt from an email Kriseman published read: "Are you the ANTICHRIST? The Bible says he might be GAY ? Well—-better pray Trump wins MR PETE —-we know he is not GAY ! He can’t be the Antichrist—-can he ?"

And another: "Too bad you are so filled with hate —-I’m sorry that you are so upset about being Gay ! Get over it ! Stop attacking Christian because of your insecurities!"

“If you feel that strongly, you would think you would take the time to figure out who you're sending your emails to,” Kriseman said.

Kriseman has spent some time with Buttigieg in the past while he campaigned for a local state house candidate.

"To see him get attacked, really under the pretenses of not liking what he said about someone, but really, it's an opportunity to attack him because of his sexual orientation," Kriseman said. "And it's disappointing."