Kriseman tweeted a photo of a stack of documents, saying he had just read about six counts of "inefficiency," "neglect of duty" and "misconduct."

Back in March, 10News reported accusations that the Housing Authority approved a $10,000 pay increase for its CEO without first reviewing performance evaluations -- something that could result in the mayor removing five board members from office.

Kriseman said he appointed many of the board members but is disappointed at how business has been handled.

The Housing Authority has also been under close federal watch after the U.S. Department of Housing and Urban Development cited the agency for letting its CEO live rent-free for months in a low-incoming housing apartment.

Tony Love was invited by the local chapter of the NAACP to address the incident and how he came to live at the apartment. Love said he did not do enough research before he moved there, but he feels the Housing Authority board members should have made him aware of his inability to stay at the residence.

HUD suggested board members do need to step up their oversight and understanding of different housing programs.

St. Petersburg NAACP President Maria Scruggs opposed the mayor’s statements and said in March that threatening to remove board members from office is an abuse of power.

When Mayor Kriseman was asked why he couldn't be at the April meeting and if he plans to remove Housing Authority commissioners he responded, "I appreciate that (NAACP President Maria) Scruggs is concerned about this issue and I encourage her to join me in looking out for St. Pete's most vulnerable residents and holding the St. Petersburg Housing Authority accountable. To that end, I am moving forward with remaking the commission as is within my purview." 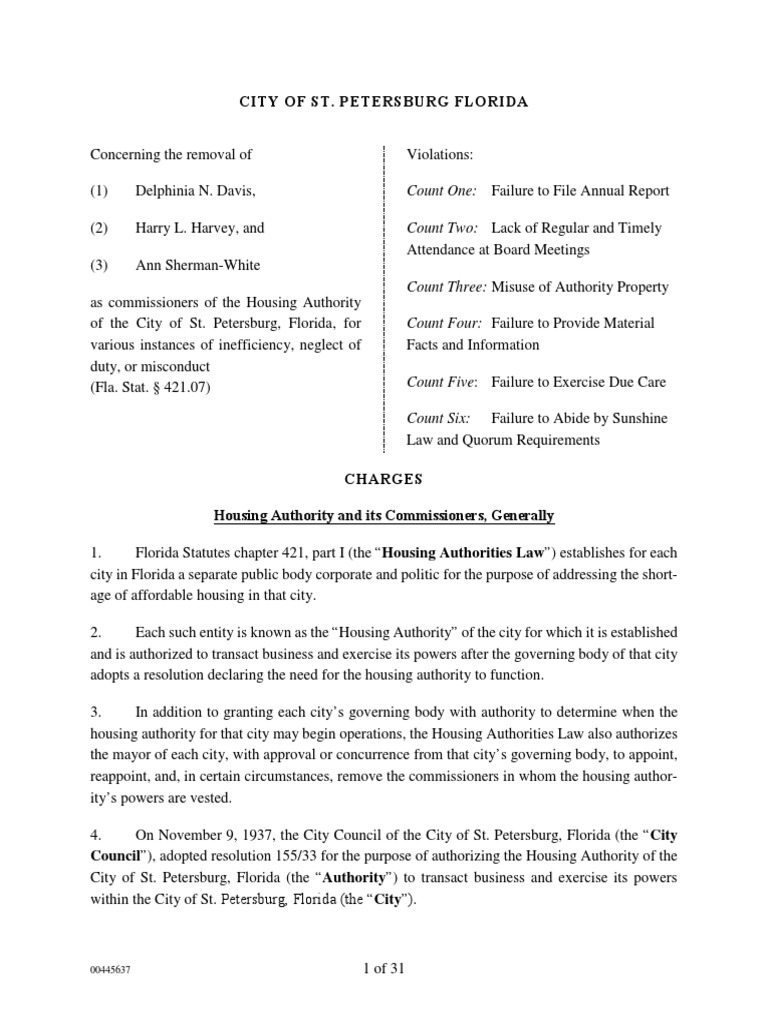 City of St. Petersburg lays out concerns about Housing Authority | Performance Appraisal | Board Of Directors
(2) Harry L. Harvey, and Count Two: Lack of Regular and Timely Attendance at Board Meetings (3) Ann Sherman-White Count Three: Misuse of Authority Property as commissioners of the Housing Authority of the City of St. Petersburg, Florida, for Count Four: Failure to Provide Material various instances of inefficiency, neglect of Facts and Information duty, or misconduct (Fla. 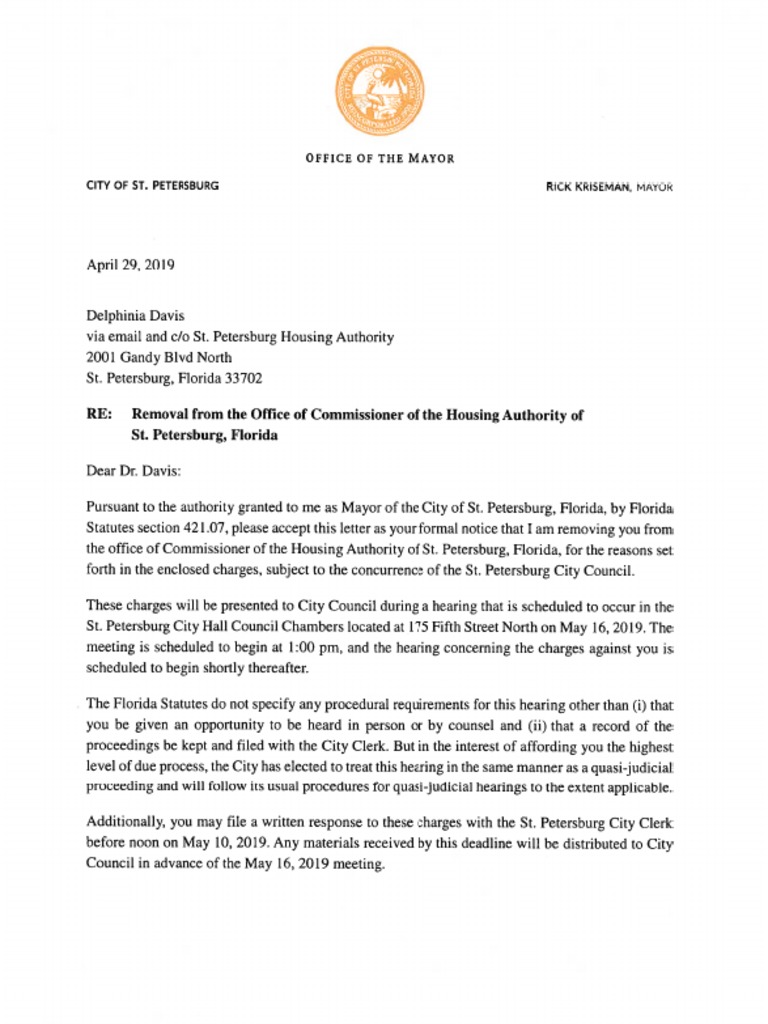