A person convicted of voter intimidation faces a third-degree felony, a $5,000 fine and up to five years in prison. 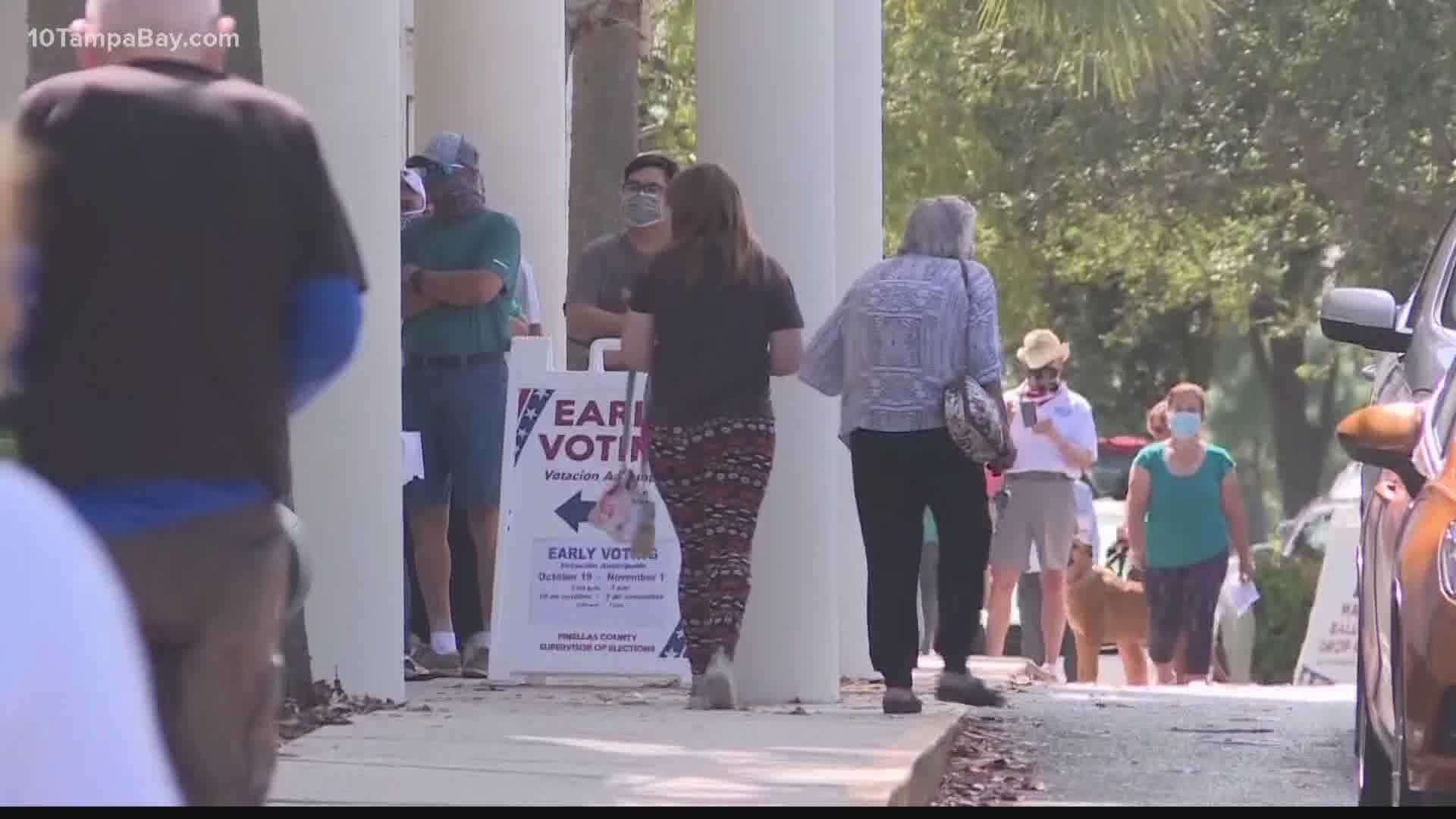 Warren says they’re dusting off the law books that deal with voter intimidation, which is an issue they haven’t dealt with this seriously in decades.

“This is a brave new world in terms of our elections,” he said.

Prosecutors around the Tampa Bay area are teaming up with local law enforcement agencies. Poll workers have been deputized as the first line of defense to limit the presence of uniformed officers some might also perceive as intimidating.

“There are laws in place to prevent law enforcement from being at voting precincts to police what’s going on in that precinct which stem from the civil rights movement,” said Warren.

There have already been complaints and concerns.

In St. Petersburg, the sight of armed security guards led election workers to contact the sheriff who determined, in that case, there were no laws broken.

“It’s not unlawful, it is not voter intimidation. It is not coercion,” said Pinellas Sheriff Bob Gualtieri. “They said that they were here to provide security.”

And in Central Florida, several voters complained after receiving fake but menacing threats exploiting the pro-Trump group Proud Boys, which denied having anything to do with the messages. Federal investigators believe Iran was actually behind them.

The Southern Poverty Law Center is keeping a close eye on the most highly-contested regions.

“And the places we are the most likely to see extremist activities are battleground states,” said The SPLC’s Senior Research Analyst Cassie Miller. “So, places like Florida, Pennsylvania, Michigan, Wisconsin.”

Prosecutors say voters who see anything considered intimidating at a polling place should notify an elections worker who can address it, or if necessary, contact law enforcement.

Prosecutors don’t want voters to confuse campaigning or even shouting near polls with intimidation.

Flying a banner or making your voice heard, said Warren, is part of the political process. The key is whether someone corruptly tries to harass someone trying to vote.

“Taking pictures of them. Trying to get in their face. Threatening them in any way,” said Warren. “We have not seen reports of that. We don’t anticipate that happening. But again, if it does, we are not going to stand for it.”

Florida law doesn’t stand for it either.

A person convicted of voter intimidation faces a third-degree felony, a $5,000 fine and up to five years in prison.

“These are not things to take lightly,” said Warren. “And we don’t take them lightly at all.”