The professor said he believes AG Ken Paxton has his hands full trying to retain his seat in the 2022 election. 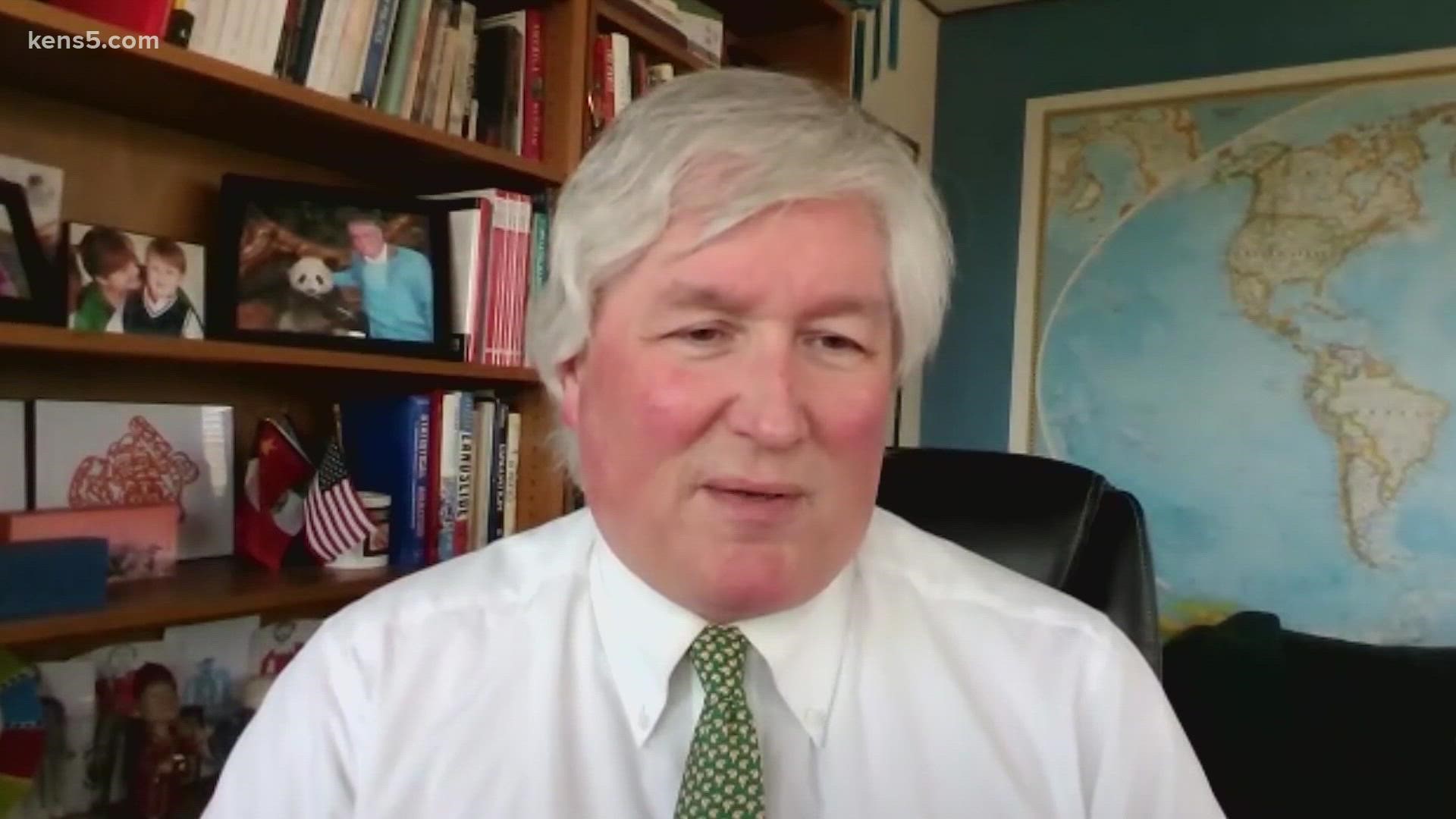 SAN ANTONIO — Texas attorneys general typically don't go on to occupy higher office, but one local professor thinks it could be a race for a Democrat to break through in 2022.

Former President Donald Trump is endorsing incumbent AG Ken Paxton to win next year’s race, saying in a statement that Paxton is "strong on crime, border security, the Second Amendment, election integrity, and above all, our Constitution."

‘It’s competitive. To have a former state Supreme Court justice (Eva Guzman) and the land commissioner (George P. Bush) both jump into this race, that tells you Paxton’s vulnerable,” Taylor said.

Taylor says Paxton’s felony indictment and the fact he's the subject of an FBI probe leaves him vulnerable.

“He barely won re-election over a relatively unknown Democratic nominee,” he says.

Merritt represents the family of Damian Daniels, a combat veteran who was shot and killed by Bexar County deputies last year.

Between the two, Taylor thinks they could pose a significant challenge.

“Given particularly Paxton’s legal woes he’s facing, and they continue by the way to mount, Jaworski could be that breakthrough candidate for the Democrats in 2022,” Taylor said.

“It has a direct impact on everything from voting to health care to a variety of issues that face Texans,” Taylor said.

With more than a year to go in the race, Taylor says it’s a reminder that a lot could change come November 2022.