These states would automatically outlaw abortion if Roe v. Wade is overturned

Five states have already outlawed abortions with 'trigger laws,' legislation that isn't active unless the 1973 Supreme Court decision is overturned. 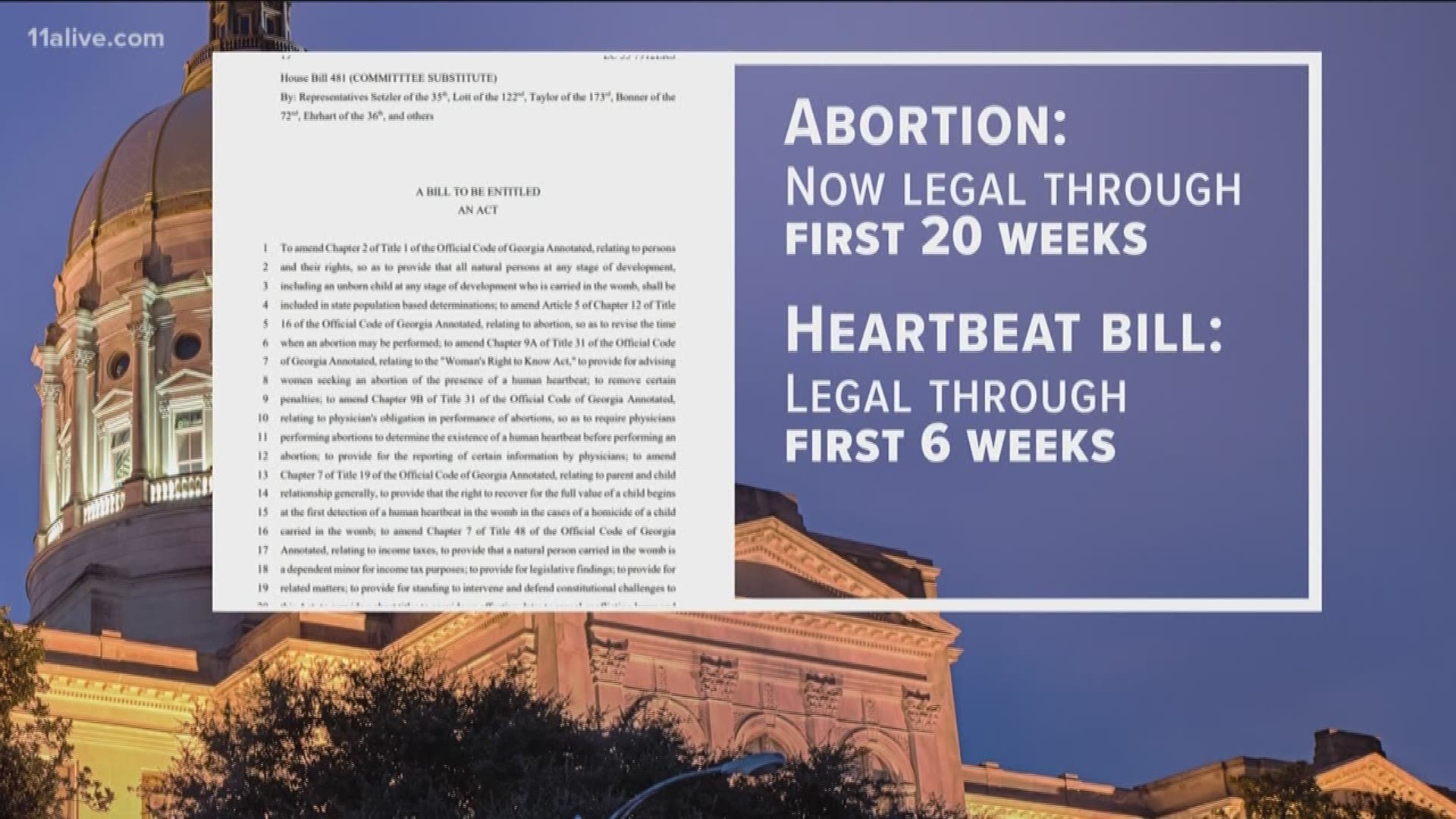 In 1973, the Supreme Court's decision in Roe v. Wade specified that a woman has the right to have an abortion.

Now, states around the country are preparing for the day that decision could possibly be overturned. Activists on both sides of the abortion argument say the Supreme Court will have to rule on the decision in upcoming sessions.

CBS News reports five states have already outlawed abortion through "trigger laws," which are inactive legislation that becomes active if the Roe decision is no longer in effect. These laws ensure abortion automatically becomes illegal in the event those states are again allowed to regulate the medical procedure.

Along with those five states are eight states that have proposed bills that would outlaw abortion. CBS said three of those aren't technically trigger laws, but all would be inactive unless Roe is overturned. One of two conservative states introduce these types of legislation every session, CBS said.

The Guttmacher Institute, a research and policy organization dedicated to studying, educating and advancing sexual and reproductive health, said "changes to the makeup of the U.S. Supreme Court in 2018" raise the possibility of Roe being undermined or overturned. If the decision is overturned, Guttmacher said it would establish a legal path for pre-1973 abortion bans and unenforced bans like those trigger laws.

CBS said liberal states are also preparing for the possible day that Roe is overturned by proposing and passing laws that would maintain or expand access to abortion. Lawmakers in New York passed legislation in January and similar laws have been introduced in New Mexico, Virginia and Vermont.

States that have enacted "trigger laws" on abortion

Arkansas: Act 180 states "abortion in Arkansas is abolished" in the event that Roe v. Wade is overturned. The law was passed last month. It does not make exceptions for rape or incest.

Louisiana: The "Human Life Protection Act," enacted in 2006, would become effective if the Supreme Court "reverses, in whole or in part...thereby, restoring to the state of Louisiana the authority to prohibit abortion." The law does not give exceptions in the case of rape or incest.

Mississippi: The state's abortion ban from 2007 would require the state attorney general to certify the Supreme Court's decision to overturn Roe. The ban makes exceptions if the woman's life is at risk and in cases of rape if a "formal charge of rape" has been filed with law enforcement.

South Dakota: The law prohibits doctors from administering any kind of abortion except if the mother's life is at risk. It does not make exceptions for rape and incest. The law has been on the books since 2005.

Georgia: House Bill 546 was read for a second time on March 1. The legislation is a simple ban on abortion, but it doesn't explicitly say the law would go into effect if Roe is overturned.

Kentucky: House Bill 148 was delivered to Gov. Matt Bevin last week. He is expected to sign it. The is a traditional trigger law that makes performing an abortion a felony.

Tennessee: A House bill and a Senate bill were introduced to outlaw abortion if Roe is overturned. The legislation has exceptions if the woman's life is in danger but notes that mental health concern would not qualify for exceptions.

Oklahoma: The "Personhood Act" will now go to the House for a vote. The bill makes exceptions for the woman's health or if her life is at risk, the fetus has died or any criminal assaults on the woman.

South Carolina: A House bill and a Senate bill seek to "establish that the right to life for each born and preborn human being vests at fertilization."

Missouri: The "Missouri Stands for the Unborn Act" now goes to the Senate for a vote. The wide-reaching legislation "specifies that if there is any change in federal law or court decisions that allow it, it is the intent of the state of Missouri that abortion shall not be permitted in the state under any circumstances."

Indiana: The proposed legislation redefines that life begins "when a human ovum is fertilized by a human sperm." The bill essentially proposes that the state not recognize Roe v. Wade and effectively redefines abortion as murder.

Texas: The bill introduced in January also redefines the beginning of life and makes abortion akin to murder.