A reform measure launched in honor of a local soldier is part of the defense bill that President Trump has now vetoed. 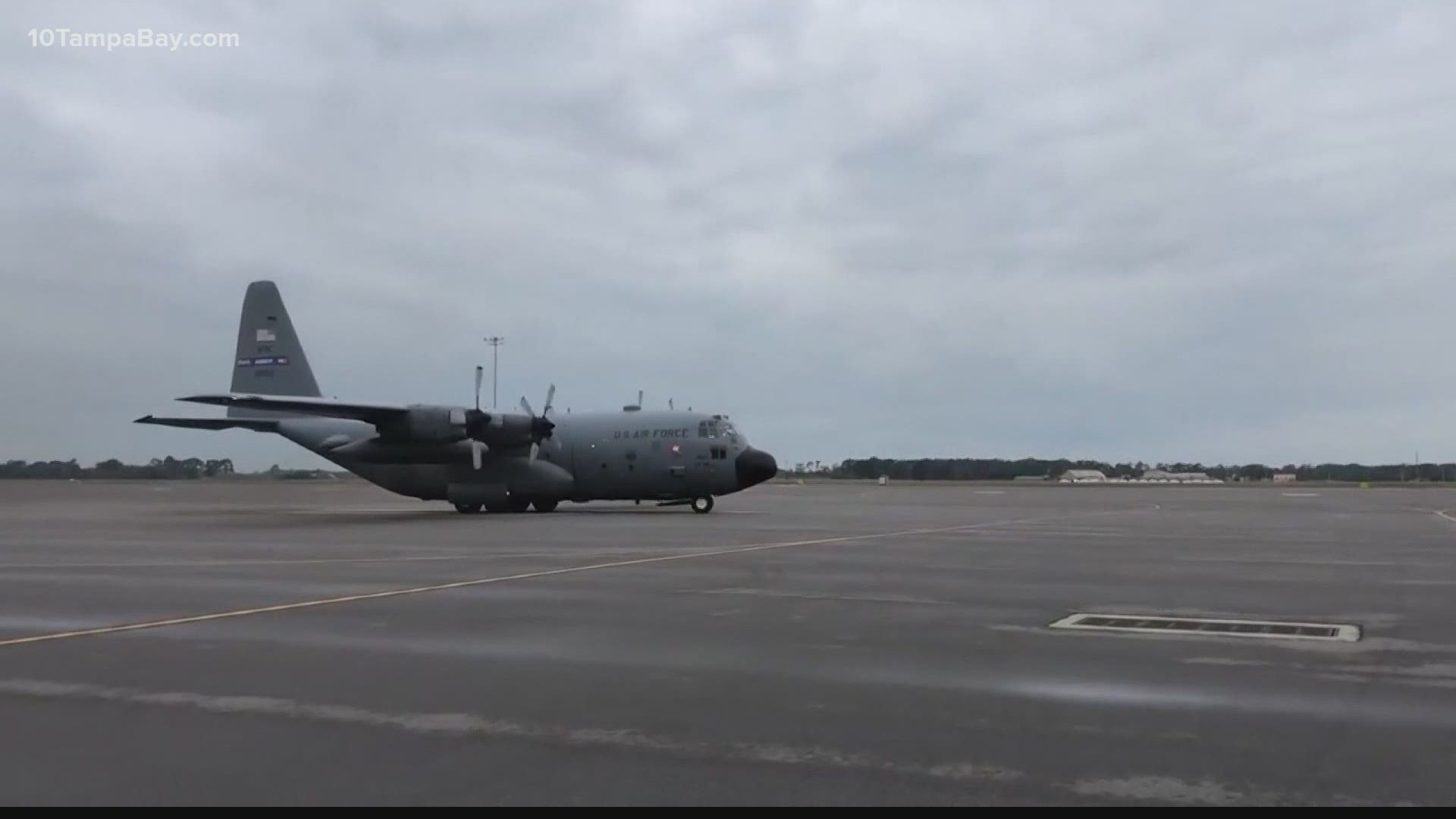 WASHINGTON — President Donald Trump on Wednesday vetoed the annual defense policy bill, following through on threats to veto a measure that has broad bipartisan support in Congress and potentially setting up the first override vote of his presidency.

The bill affirms 3% pay raises for U.S. troops and authorizes more than $740 billion in military programs and construction.

The action came while Trump was holed up at the White House, stewing about his election loss and escalating his standoff with Republicans as he pushed fraudulent conspiracy theories and tried to pressure them to back his efforts to overturn the results.

The House was poised to return Monday, and the Senate on Tuesday, to consider votes to override the president’s veto.

Long before issuing the veto, Trump offered a series of rationales for rejecting it. He has called for lawmakers to include limits on social media companies he claimed are biased against him — and to strip out language that allows for the renaming of military bases such as Fort Benning and Fort Hood that honor Confederate leaders. Without going into detail, he has claimed the biggest winner from the defense bill would be China.

In his veto message to the House, Trump cited those objections and stated that the measure “fails to include critical national security measures, includes provisions that fail to respect our veterans and our military’s history, and contradicts efforts by my Administration to put America first in our national security and foreign policy actions. It is a ‘gift’ to China and Russia.”

He also wrote: “Numerous provisions of the Act directly contradict my Administration’s foreign policy, particularly my efforts to bring our troops home.

Both the House and Senate passed the measure by margins large enough to override a veto from the president. Trump had vetoed eight bills previously, but those vetoes were sustained because supporters did not gain the two-thirds vote needed in each chamber for the bill to become law without Trump’s signature.

In advance of the veto, Senate Majority Leader Mitch McConnell, R-Ky., has said the bill would help deter Chinese aggression. Other GOP backers of the measure, including Sen. John Thune of South Dakota, the second-ranking Senate leader, and Rep. Mike Gallagher of Wisconsin, a member of the House Armed Services Committee, have tweeted that the bill would counter threats from countries such as China.

Sen. Jack Reed of Rhode Island, the top Democrat on the Senate Armed Services Committee, said Trump’s declaration that China was the biggest winner in the defense bill was false. Reed also noted the shifting explanations Trump had given for the veto.

“President Trump clearly hasn’t read the bill, nor does he understand what’s in it,” Reed said. “There are several bipartisan provisions in here that get tougher on China than the Trump Administration has ever been.”

The measure guides Pentagon policy and cements decisions about troop levels, new weapons systems and military readiness, military personnel policy and other military goals. Many programs can only go into effect if the bill is approved, including military construction.

McConnell, in a rare break with Trump, had urged passage despite Trump’s threat to veto it. McConnell said it was important for Congress to continue its nearly six-decade-long streak of passing the defense policy bill.

Historically, these sorts of bills are approved without a hitch. Congress has approved the National Defense Authorization Act for nearly 60 years in a row.

Sen. Jim Inhofe, R-Okla., chairman of the Senate Armed Services Committee, previously hailed the bill's passage through the House and Senate, calling it "the most important bill we’ll do all year.”

A reform measure launched in honor of a fallen Florida soldier is also included in the defense bill that President Trump has now vetoed.

Then, in July, Buchanan introduced an amendment to the national defense bill that would require the Pentagon to examine emergency response capabilities and services at US military bases throughout the world.

“The highest tribute that can be paid to the life of Specialist Panipinto is for the Defense Department to ensure that future military personnel who are injured during training exercises can quickly receive high-quality medical treatment that might help save their lives,” Buchanan said previously. “I am deeply humbled that Nick’s mother came to me with their tragic story and has allowed me to help. I know that these reforms will save lives and prevent future heartache felt by families like hers across the country.”

Rep. Kathy Castor (D-FL) spoke out after Trump's veto of the bill, noting the decision's impact on the Tampa Bay area military community.

"In his latest callous, erratic decision, President Trump has vetoed the National Defense Authorization Act and nixed a 3 percent pay raise for military families at Christmas. Our military families at MacDill Air Force Base and around the world are the best and deserve the best. Vetoing these critical funds at the eleventh hour only hurts our troops and their families and endangers our national security. I will vote to override the president’s veto of this bipartisan legislation next week and remain committed to ensuring our service members and families at MacDill have the tools they need to carry out their missions and remain safe and healthy."

Castor also detailed Tampa Bay area impacts from the bill when it was approved in Congress earlier this month.

If lawmakers override President Trump's veto of the defense bill with Buchanan's measure included, the DoD would need to begin reporting to Congress potential benefits and the feasibility of requiring bases to have properly functioning MedEvac helicopters and fully-stocked military ambulances.