The history behind presidental debates 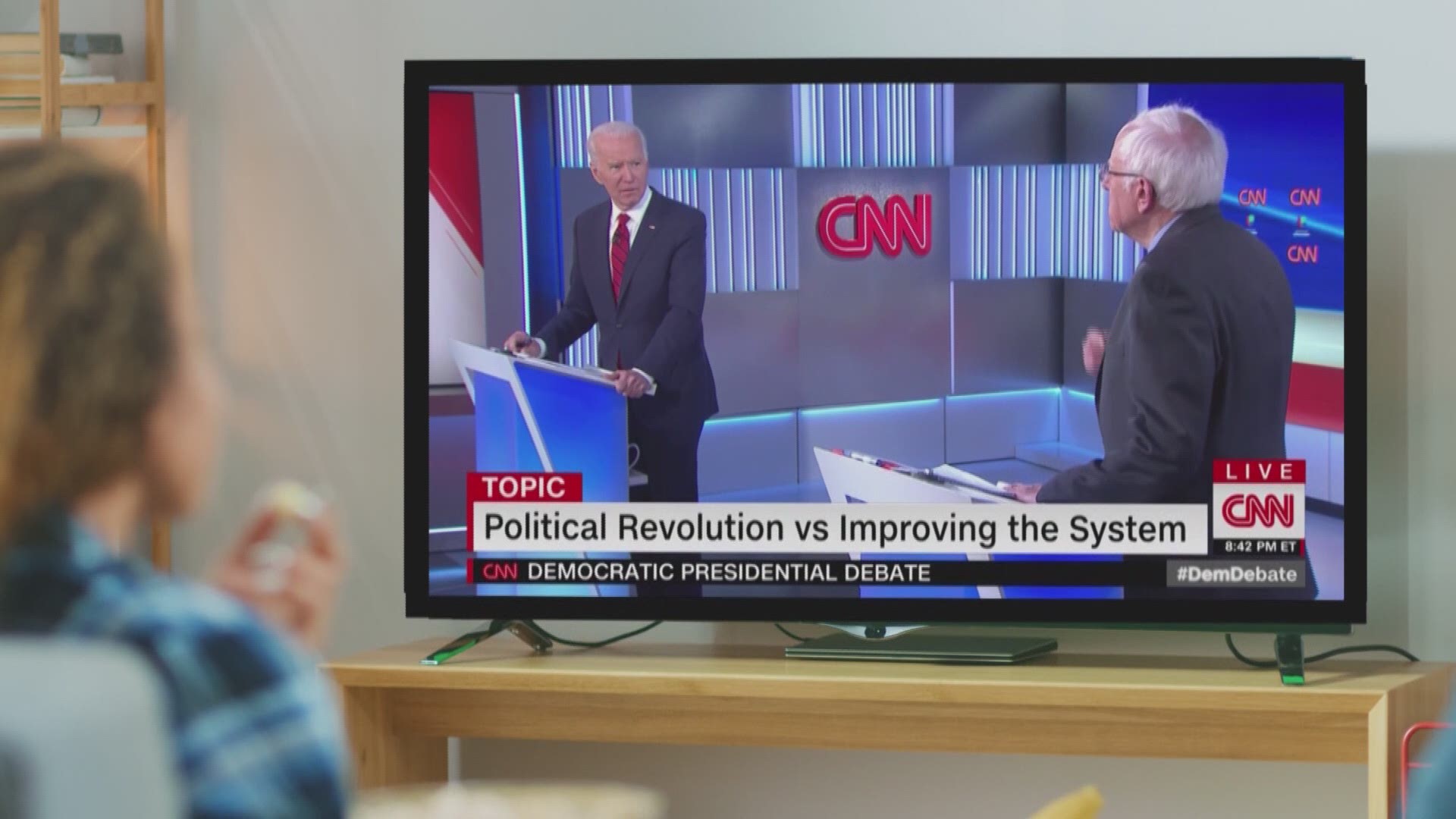 CLEVELAND, Ohio — All eyes will be on Cleveland, Ohio, tonight for the first of three presidential debates.

Fox News anchor Chris Wallace is moderating and will have the candidates address the following topics:

It's a 90-minute debate, with six 15-minute segments and no commercial breaks.

So, here's a little history behind how these televised debates came to be.

First - let's talk about viewers, how many people are watching presidential debates?

The first nationally televised event was in 1960, between John F. Kennedy and Richard Nixon.

About 66.4 million people tuned in, which is a pretty good number.

The second most-watched debate in history was in 1980 between Ronald Reagan and Jimmy Carter. It was their only debate and 80.6 million people watched it.

BUT -- the biggest numbers in television history were made during Donald Trump and Hillary Clinton's first debate in 2016. They had 84 million viewers.

The debate format has also changed a lot.

Through the 1980s, it was a panelist of journalists asking the questions.

Then in 1992, we started seeing the "town hall" style debate with undecided voters or a single moderator asking questions.

So, are these debates really changing people's minds?

Over several decades, post-election surveys done by Pew Research Center, show three-fifths or more of voters say the debates were very or somewhat helpful in deciding which candidate to pick.

In the 1992 election, 70-percent of voters said the three-way debates between Bill Clinton, George H.W. Bush and Ross Perot were at least somewhat helpful.

Experts say Bill Clinton is believed to have won that debate and the election in part because he came off as more likable on T.V.

In one famous moment during the second debate, Bush was caught on camera looking at his watch.

But going back to that 2016 election, even though more people than ever before were watching the Trump-Clinton debate, Pew Research Center says only 10-percent of voters had definitively made up their minds because of them.

While 42-percent of those asked said they had already picked their party before the candidates were even decided at the convention.

Some other things to keep in mind according to 10 Tampa Bay's political expert Dr. Hafner: