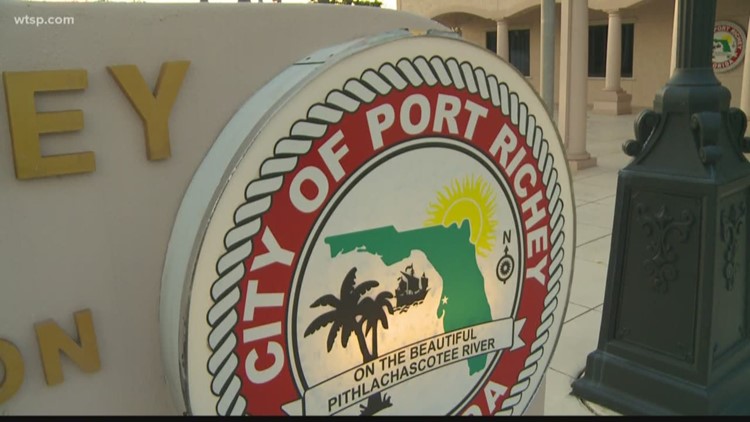 PORT RICHEY, Fla. — The City of Port Richey is scheduled to hold a news conference at 11 a.m. on two lawmakers' proposal to dissolve the city.

The city is the center of a political mess that saw both its mayor and deputy mayor charged with crimes.

Backers say it will save taxpayers money—potentially more than 40 percent in annual taxes for the average homeowner, according to Mariano.

“In a city that has dealt with scandal after scandal, I believe the residents of Port Richey deserve to know that their tax dollars are being spent efficiently, legally, and in their best interest,” Mariano said.

In February, then-Mayor Dale Massad was arrested after investigators say he opened fire on deputies who were trying to arrest him for practicing medicine without a license. While he was in jail, prosecutors argued Massad tried to get then acting mayor Terrence Rowe to make someone pay for his arrest. Both have since resigned.

State statute allows for the Legislature to dissolve municipalities. A charter can also be revoked if “approved by a vote of the qualified voters.”

When a municipality is dissolved, the county gets its assets and debts.

However, “there is surprisingly little guidance provided in the statute on the dissolution process,” according to the Florida Bar. State statue does say the county would have to create a dissolution plan for how services like police would be impacted and provide "equitable arrangements" for city employees.

Pasco County Commissioners would have to approve a dissolution plan within 45 days of passage of the bill.

In Port Richey, it wouldn’t be the first time for a proposal like this.

A similar effort to dissolve the city more than 20 years ago was unsuccessful, according to this previous report from the Tampa Bay Times.

“The proper way to do this would be to put it to a vote to the people,” he said. “Right now the city is financially healthy, things are turning around.”

Efforts by state lawmakers to dissolve the small town of Hampton, Florida, in Bradford County were abandoned in 2014 after city leaders agreed to resolve several issues identified by legislators.

A public hearing on the proposal is scheduled for Oct. 11 at 8 a.m. at the Pasco-Hernando State College performing arts center in New Port Richey.