The off-duty officer was struck and killed while helping with a crash on I-5 early Sunday morning. 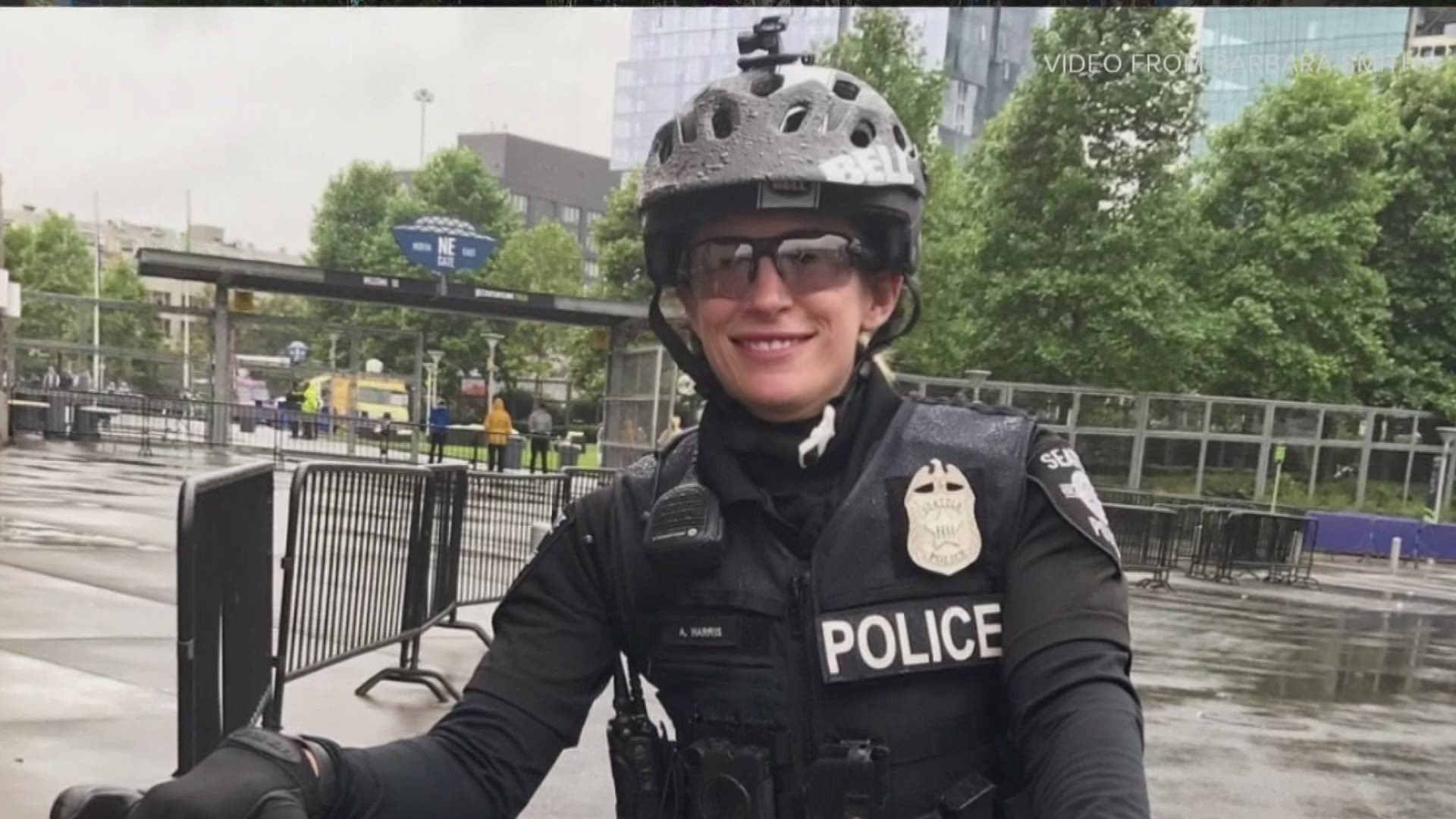 SEATTLE — A procession was held Wednesday as the Seattle Police Department escorted the body of Officer Alexandra “Lexi” Brenneman Harris from the King County Medical Examiner’s Office to the Bonney Watson Funeral Home in SeaTac.

Harris was hit and killed on I-5 early Sunday morning after stopping on her way home to assist with a crash.

WATCH LIVE: Seattle police are holding a procession for the officer killed on I-5 while helping with a crash.

Washington State Patrol said that Harris, who was off-duty at the time, had stopped around 1:20 a.m. to help with a three-vehicle pileup on I-5 near Columbian Way.

Shortly after exiting her car, she was hit and killed by another vehicle.

The driver who struck Harris was cooperative with troopers.

However, one of the individuals involved in the crash that Harris had stopped to help with got into her car and drove away.

The vehicle was found later that day abandoned, and the suspect is still on the loose.

The family of the 38-year-old officer released a statement that reads:

"Lexi was a dedicated Seattle police officer who loved her work and was committed to bringing her considerable thoughtfulness and vision to the challenges of serving the community through compassionate policing. She also was a daughter, sister, a partner and 'mother-by-choice' and for whom family was paramount.”

A Seattle native, Harris attended Nova High School and went to college at the University of British Columbia in Vancouver, where she studied kinesiology, according to family friend Barbara Smith.

Smith said Harris will be remembered for her service to the community.

"A great legacy of public service and warm friendship and she was an amazing, amazing woman," Smith said.

"She was feisty, she was funny, happy, really a force to be reckoned with," Smith said.

A funeral date has yet to be set. The Seattle Police Department is planning Harris's funeral alongside her family.

Since her death, there has been an outpouring of condolences from the community, including several law enforcement agencies around the region.

The men and women of the Pierce County Sheriff's Department extend their deepest condolences to the Seattle Police...

WSP is asking anyone with information about the suspect who stole Harris’ vehicle to call 425-401-7742.