Recreational marijuana in Florida targeted as a major issue for 2020

Multiple efforts are underway to make legalized recreational marijuana a key issue in Florida next year. 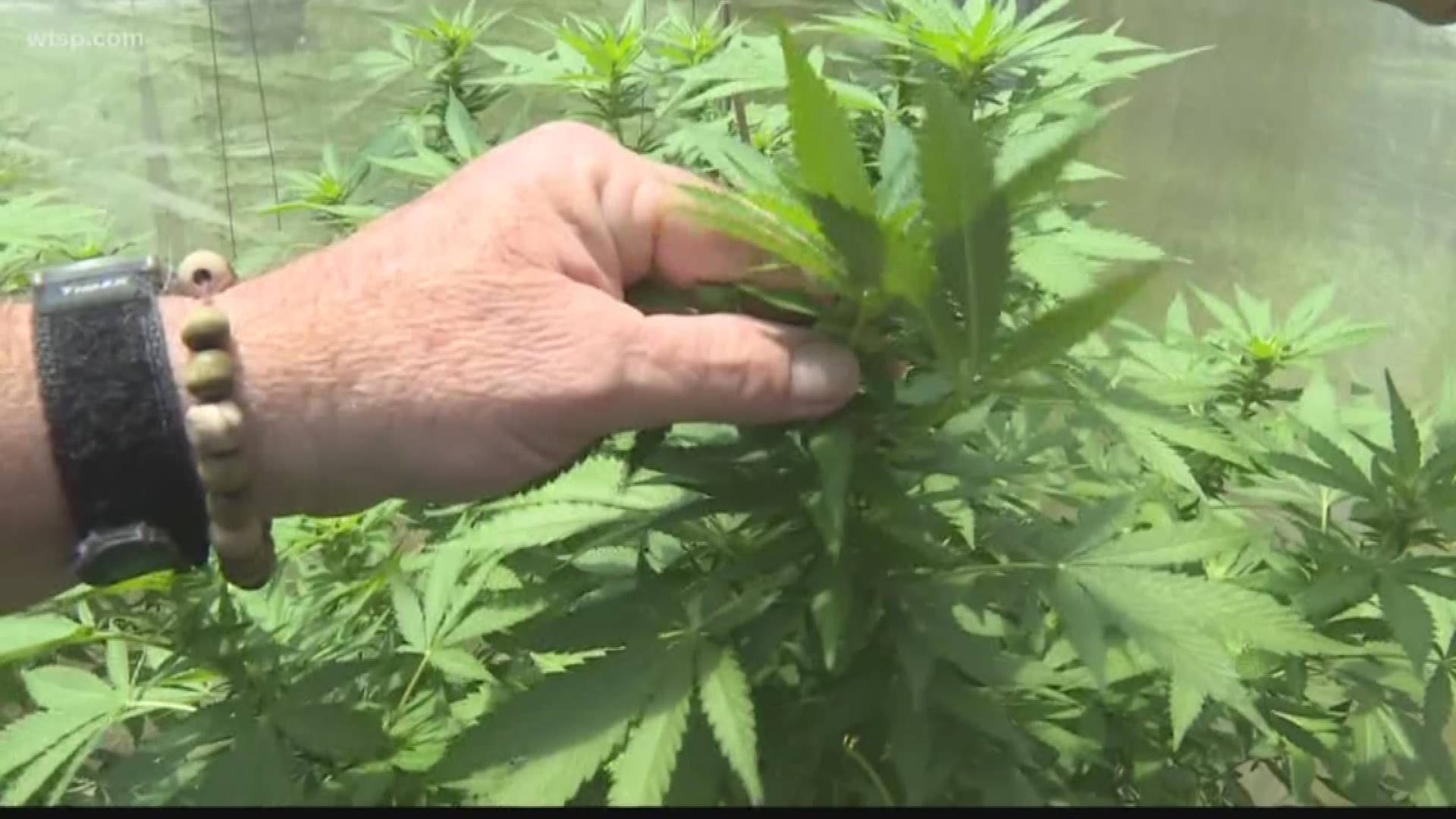 ST. PETERSBURG, Fla. — Multiple efforts are underway to make legalized recreational marijuana a key issue in Florida next year. There are a handful of organizations working to get the issue on the November 2020 ballot so Florida voters can have a say in the matter, meanwhile state lawmakers are considering their options to try and address the issue in the state legislature.

“People want it, it’s time for it, every Democratic candidate is supporting it for President so, it’s time and I think now that we’re getting more energy and support, we need that money to back that money to back that to make sure that we can get this done,” said Michael Minardi, Chairman of Regulate Florida, one of the groups working to get a constitutional amendment legalizing marijuana on next year’s ballot.

Minardi says his group has already collected close to 90,000 signatures and says its ballot initiative was approved for review by the state Supreme Court earlier this month.

“My main goal in all of this is to stop arresting people for cannabis,” added Minardi, but he also voiced some concern about the prospect of other legalization amendments competing with his on the same ballot. Efforts like the ones being championed by Orlando attorney John Morgan.

“We’ve spoken to them and I’m waiting for their amendment, I thought it was going to come out last week. The plan is that I’m going to review it and we’re going to get on a call and talk about how we can potentially work together with moving this effort forward,” said Minardi. “A few years ago, Arizona had multiple ballot initiatives and both of them failed, in Ohio, again, the people ended up and the advocates ended up basically defeating the amendment that was a limited market so, it absolutely would [hurt].”

Meanwhile, state lawmakers know legalization is an issue they’ll have to confront sooner or later, which is why state Senator Jeff Brandes says the legislature needs to step up and face the reality of current public opinion.

“This is not a matter of if, this is a matter of when. The polling gets stronger every year, it polls well over sixty percent right now in Florida and sixty percent is the minimum threshold that it would need to pass as a constitutional amendment,” said Brandes. “I think you can expect this to be on the November ballot, I fully expect it to be, this is why I think we need to have a conversation at the legislative level.”

“I think there’s really been a seismic shift over the last couple years, we didn’t have medical marijuana just a few years ago and now the conversation has quickly shifted to a broader conversation. I think it’s appropriate that the legislature take these questions on,” he added. “This is why people send legislators to Tallahassee to deal and wrestle with these hard topics, but they want us to show leadership and I think the legislature should, frankly, lead on this topic.”

Brandes feels strongly that the legalization effort would be better handled by the legislature, as opposed to a constitutional amendment, because lawmakers can be more nimble in making tweaks and changes to the law as-needed.

Then, there’s Florida’s Commissioner of Agriculture, Nikki Fried, who has been a champion for cannabis advocates from a variety of backgrounds.

“I think Florida is headed in the direction of recreational marijuana, though my focus has been on improving our state’s medical marijuana program, advocating for greater patient access and affordability, and building the nation’s best state hemp program,” Fried said, in a statement emailed to 10News. “Cannabis has life-changing potential and will bring new tax revenue for education, infrastructure, affordable housing, jobs, and will help reform our criminal justice system, so I think people should absolutely have their say on bringing recreational marijuana to Florida.”

“We’d love for her [Fried] to bring her army behind us and to get involved in this,” said Minardi. “Whether or not she’s going to be involved in the Legalize It Now campaign, John Morgan was a big supporter of her campaign to get elected, so we don’t know how these things are going to play out. These are rumors that I’ve heard for over a year, that there was going to be another initiative.”