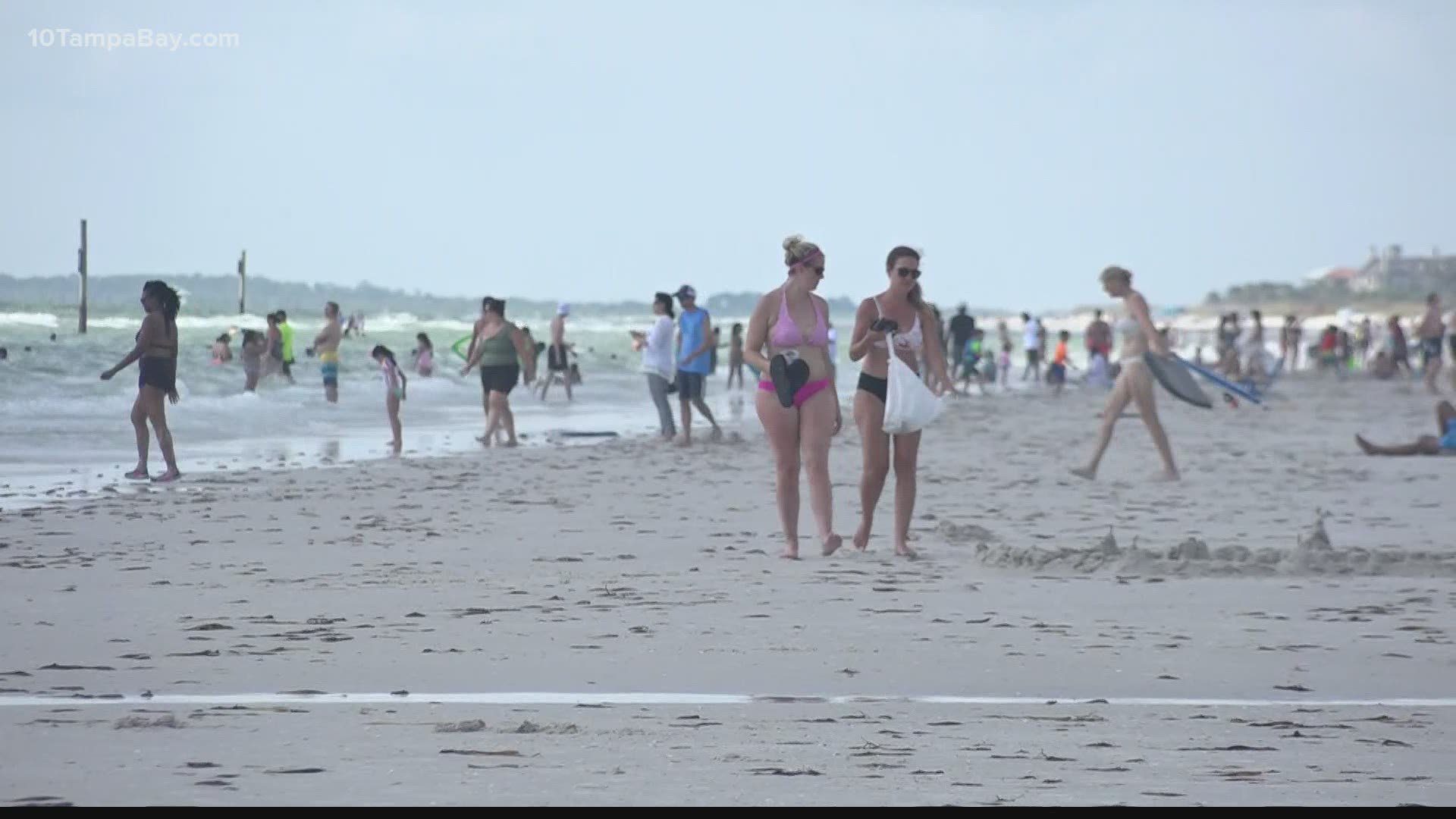 CLEARWATER, Fla — On Friday afternoon crowds of people could be seen along Clearwater Beach.

Despite those findings, people on Friday said they had no issues when at the beach.

"The kids can go out on the water, we can relax on the beach and not smell that smell," a visitor from Indiana, Larry Ashley said.

Ashley and his family are staying at a hotel in Indian Shores but made the trip to Clearwater because there were dead fish along Indian Shores Beach.

"We would’ve been happy with Indian Shores, but once red tide hit and the fish on the beach we had to find an area for us to get sun and not have to smell that smell," Ashley explained.

One person who lives in Madeira Beach echoed that concern and went to Clearwater Beach for dinner.

"I’m seeing a lot of dead fish all over Indian rocks in Madeira Beach. Clearwater doesn’t smell like the southern beaches seem to," Ryan Kashtan said.

Currently, the National Weather Service issued a hazard statement for all Pinellas County beaches. That will stay in effect until Saturday.

Even with that warning, people said they are having no issues out on Clearwater Beach.

"The overall experience as far as what you’re breathing in and your throat and everything seems to be much better in Clearwater than it is in Madera and Indian Rocks," Kashton explained.

RELATED: St. Petersburg shifts workers away from maintenance to focus on red tide clean up