With tons of dead sea life found in the Tampa Bay area, scientists find out if the dead animals can be used as a non-toxic fertilizer. 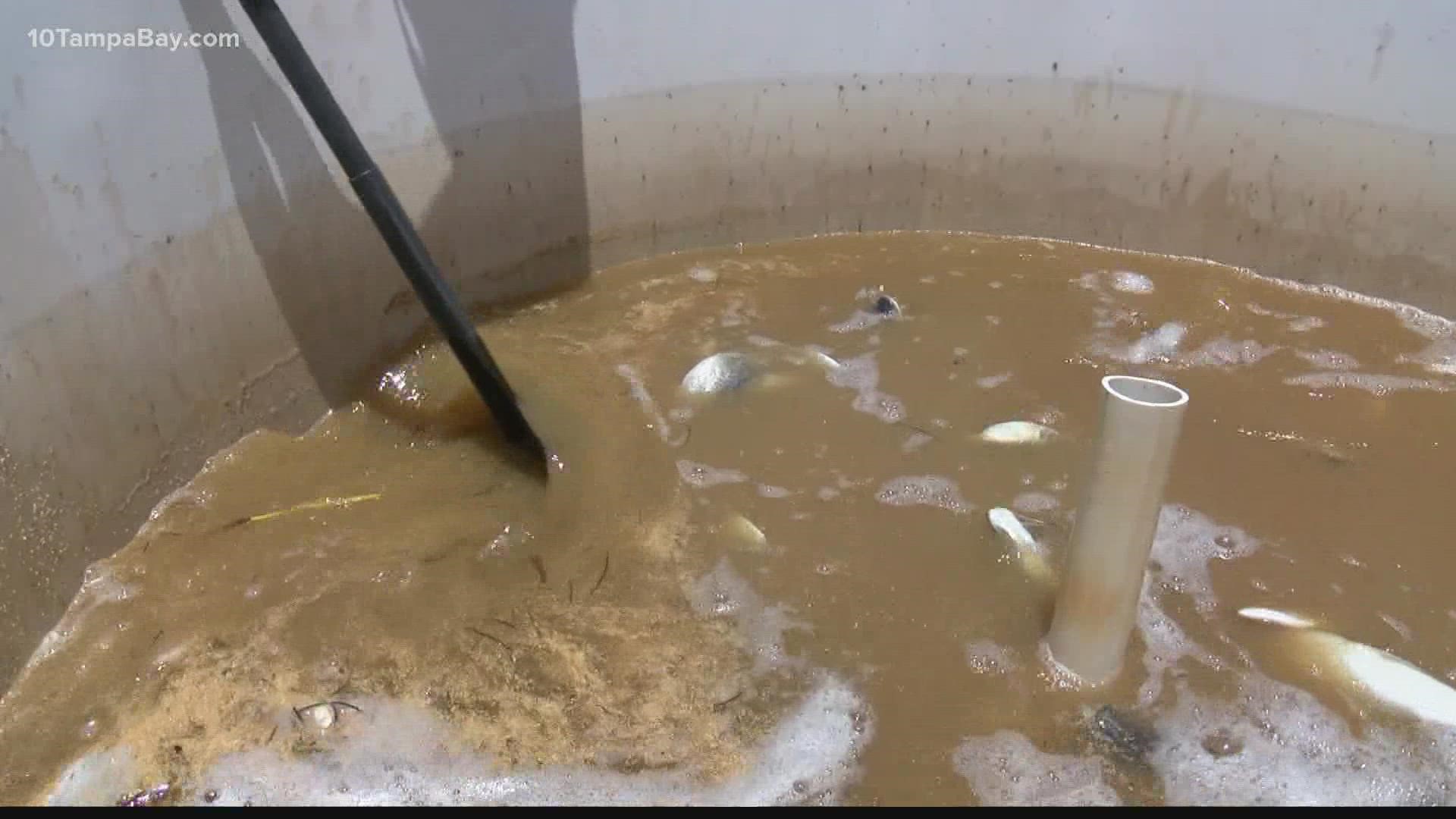 One study takes dead sea life from red tide blooms and observes the animals as they decompose. This study focuses on finding out if the dead fish can be used as a non-toxic fertilizer. “We’re testing to see if we can compost these fish a make a fertilizer out of them,” a Mote Marine Laboratory Scientist, Cynthia Heil said.

Heil explained sea life that died from red tide contributes to the bloom by fueling nutrients in the water.

“They fuel the bloom. If they are not removed, they decay and produce nutrients," Heil explained.

That's why scientists at FGCU said it can be beneficial to remove the fish from the water, instead of waiting for them to wash onshore. “There’s all these dead fish in the water and they’re releasing nutrients as they decompose, so potentially remove the fish, there would be less nutrients available for to feed the bloom," FGCU Scientist, Adam Catasus explained.

For example, Pinellas County officials take the dead sea life from red tide to an incinerator to be disposed of. “Instead of incinerating them or putting them in a dump, can we find a useful product from these fish?" Heil questioned. Scientists hope these projects will give them a clear answer to that.

The goal would be to create a non-toxic fertilizer. “These fish were killed by toxins, so they’re creating toxins. We’re looking at how fast those toxins decay when we compost them," Heil explained.

In Lee County, FGCU Water School scientists have bins where they are observing that. Researchers said the project should wrap up in the fall.

Scientists said if they are able to find a way to create a nontoxic fertilizer, there is a golf course in Longboat Key willing to test it out.