Parts of St. Petersburg are seeing some of the highest concentrations of red tide. More than 110 tons of dead sea life have been picked up so far there. 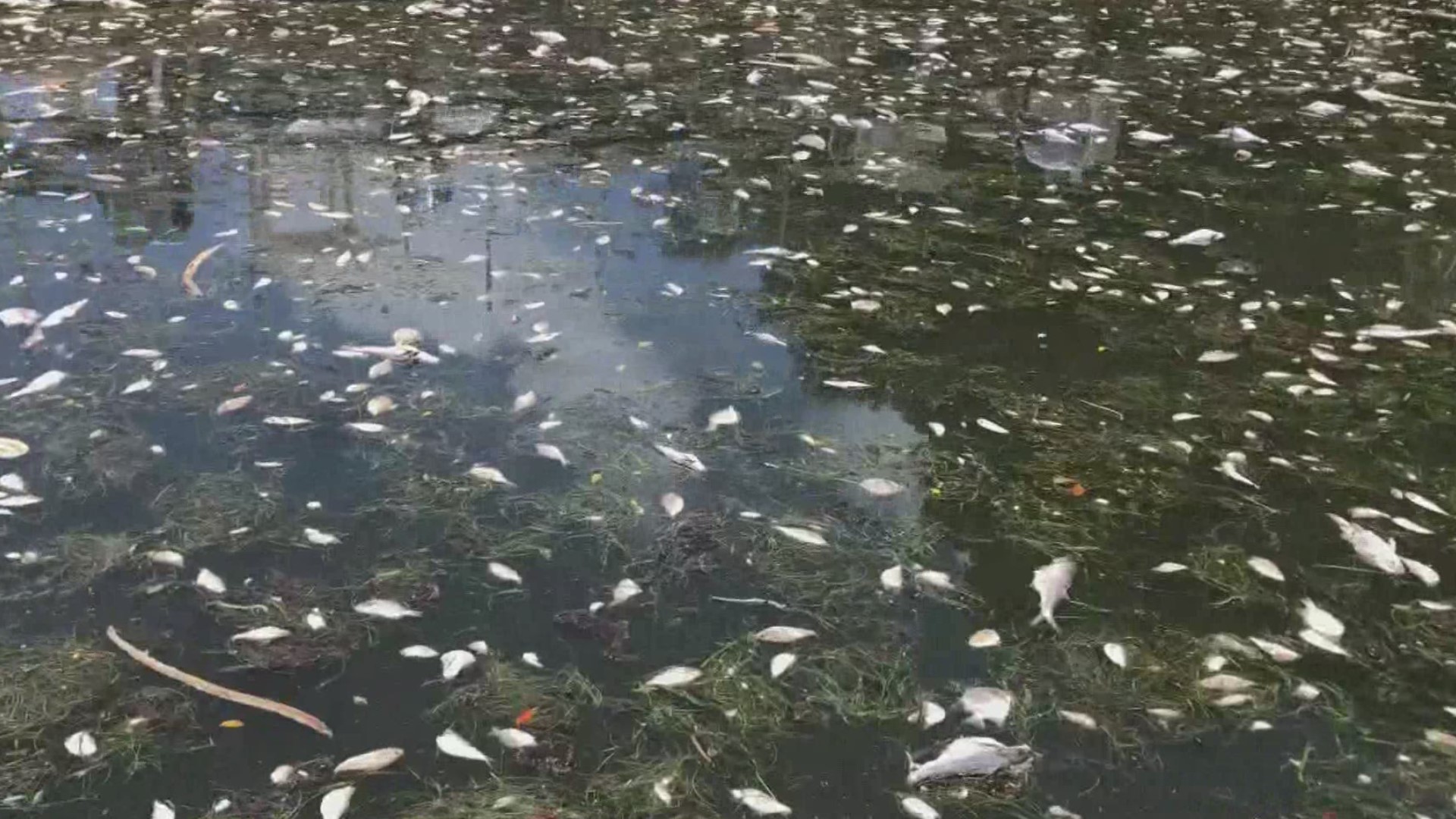 ST. PETERSBURG, Fla. — Many people in the Tampa Bay area were hoping Hurricane Elsa would help churn up the pockets of red tide and push the dead fish and algae blooms offshore.

Now, almost one week later it appears the storm was no help at all.

"It certainly doesn’t seem like, as we had all had our fingers crossed, that Tropical Storm Elsa helped the red tide situation, it certainly didn’t flush it out of Tampa Bay," said Dr. Lisa Krimsky, a Regional Water Resources Extension Agent with the University of Florida IFAS Extension.

Although Krimsky says we don't have official confirmation of what the exact impact was from Elsa, she suspects it might have gotten worse in some areas.

"It’s possible in certain areas, it did make it worse but recognizing that it’s very patchy within Tampa Bay," added Krimsky who underscored the tendency red tide has to be concentrated in one area and nonexistent not too far away.

"Even though Tampa Bay is a hot spot right now, there are areas within Tampa Bay and along Pinellas and Hillsborough that really aren’t experiencing these high concentrations," she said.

The city of St. Petersburg has dispatched crews all over the area to start cleaning up dead fish. On Monday, Mayor Rick Kriseman said the city and contractors had collected more than 110 tons of dead sea life so far.

"It's hard, heartbreaking work," Kriseman tweeted. "We are thankful for our county partners, and to each of you for your engagement and patience."

Benjamin Kirby, a spokesperson with the mayor's office said it's the worst red tide he's seen in several years.

It's possible over the next several days that other city needs and services will be put on hold as crews prioritize the red tide crisis around the city.