The study may give some insight into what the damage of this year's red tide will be on the local economy. 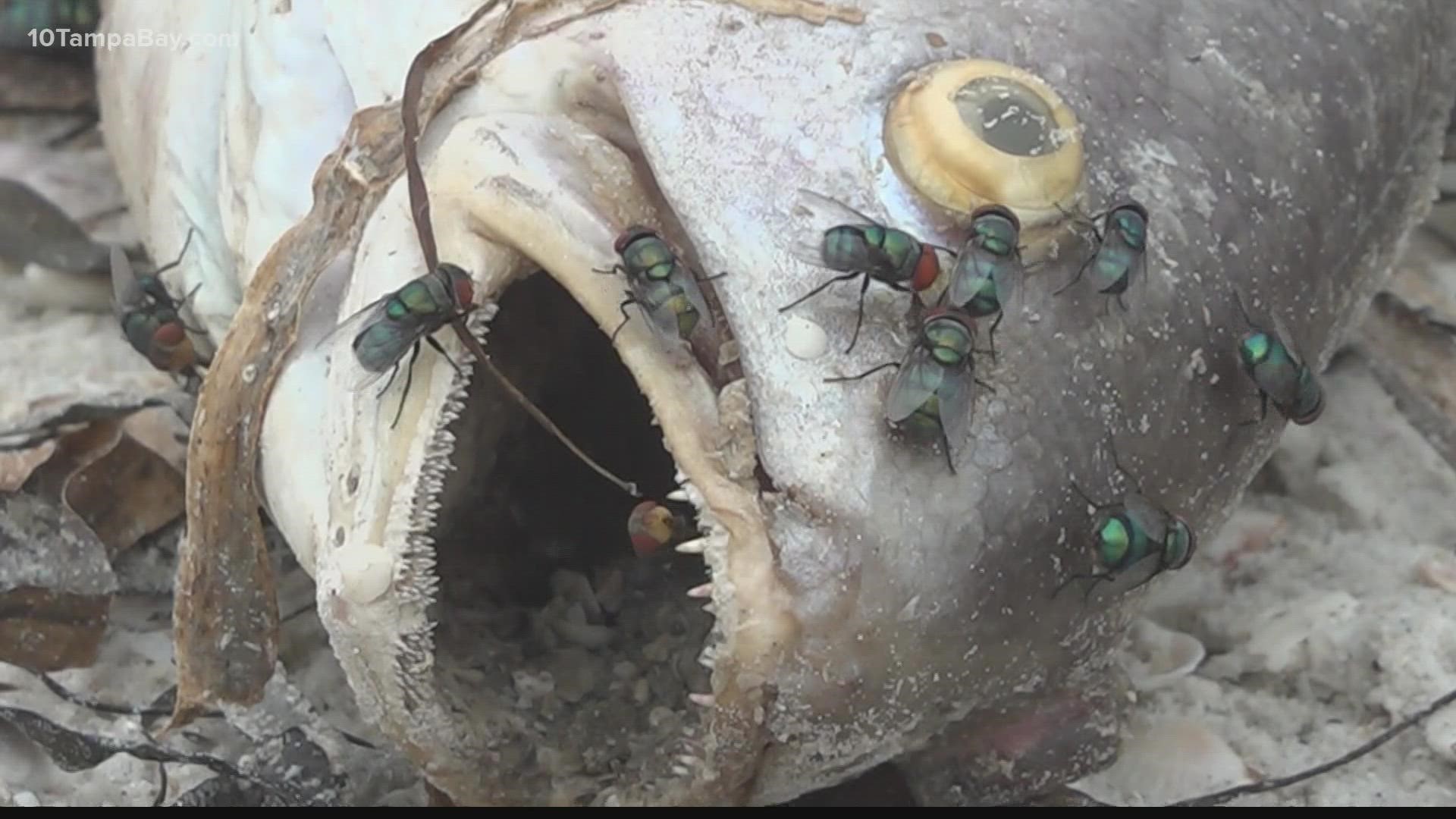 ST. PETERSBURG, Fla. — As Tampa Bay and much of Southwest Florida begin the recovery process of this summer's devastating wave of red tide, researchers have estimated the damage the harmful algae bloom had on the region's tourism industry in 2018.

The University of Florida's Institute of Food and Agricultural Sciences found that between the significant bloom events that happened from 2017 to early 2019, revenues were down across the board for industries like charter boat fishing, marine recreation and Airbnb reservations in Southwest Florida.

However, it's not just boating that was hurt during that period of time.

Tourists who visit Southwest Florida will also spend money on local goods and amenities that on the surface may not seem directly linked to the deep waters of the Gulf of Mexico, but do depend on its health. Things like going to the beach, kayaking and fishing.

Researchers say when water samples showed concentrations of the red tide organism Karenia brevis were above 100,000 cells per liter, demand for Airbnb reservations dropped dramatically. The decline, researchers say, had a direct impact on local spending.

In total, the tourism industry lost out on more than $184 million in revenue.

The study may give some insight into what the damage of this year's red tide will be on the local economy. Many Tampa Bay businesses already had to survive through a year of COVID just to run up against one of the worst red tide outbreaks seen in years, with Pinellas County removing more than 3.6 million pounds of dead sea life.

However, conditions have improved in recent weeks. Daily samples from the Florida Fish and Wildlife Conservation Commission show red tide still impacting parts of the bay area, but not to the degree of last month.

Last week, Karenia brevis was detected in 67 samples. Bloom concentrations were observed in 35 samples: six from Pinellas County, five from Manatee County, and 24 from Sarasota County.

Pinellas County saw mainly low to medium levels of red tide off its coast with a couple of high-level spots, while Manatee and Sarasota counties saw medium to high levels of the algae bloom.