'Ignore the politics': Kriseman responds to DeSantis on red tide

The governor's office said Wednesday that Kriseman is "either unaware of what is actually going on in his own backyard or is deliberately lying." 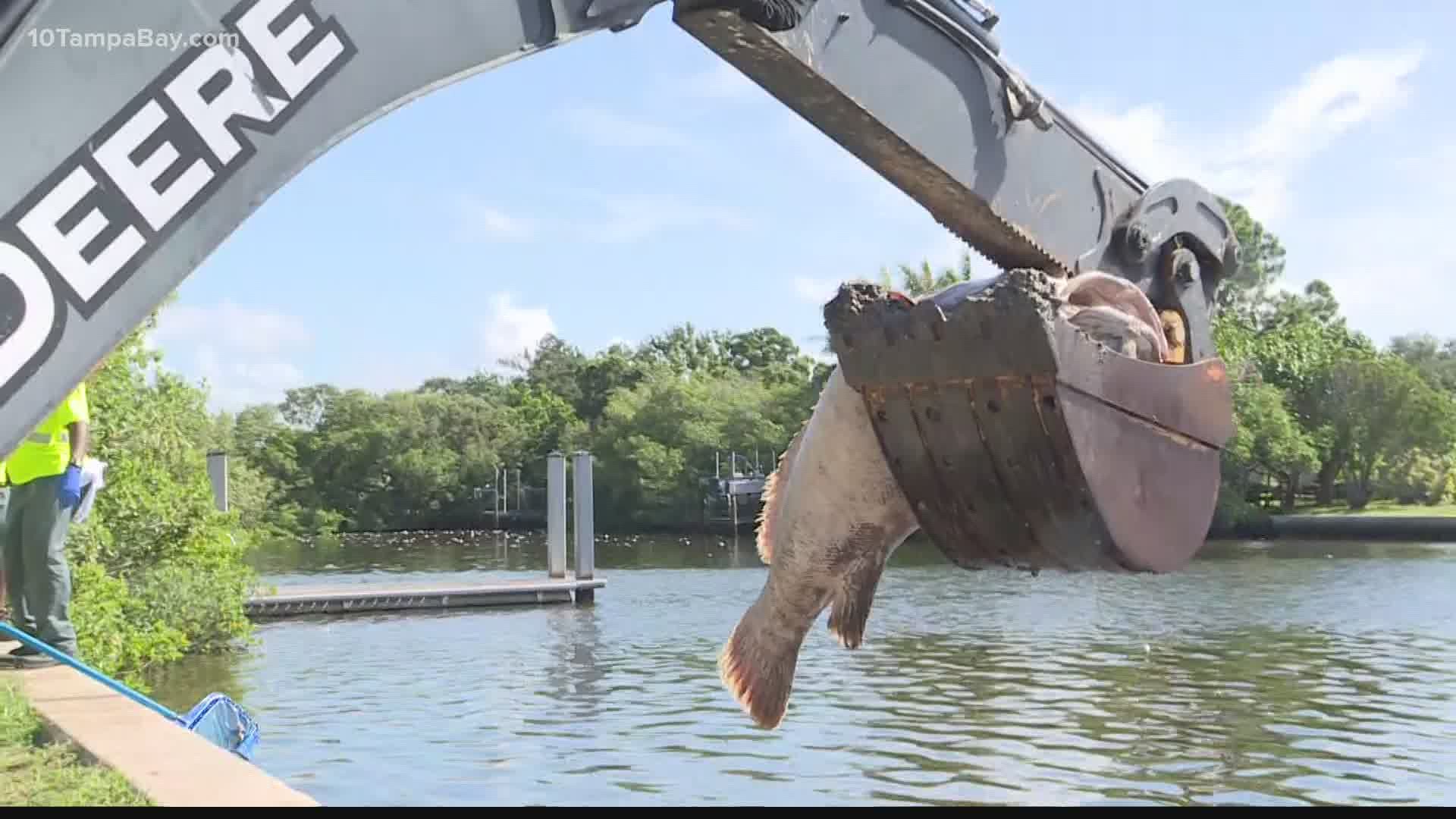 ST. PETERSBURG, Fla. — St. Pete Mayor Rick Kriseman is pushing for help handling the red tide outbreak in our area, as he says 800 tons of dead sea life have now been removed.

This comes despite some harsh accusations from Gov. Ron DeSantis.

We're going to ignore the politics from the governor's office and continue to work with other state officials and county officials to get these fish out of the water.
https://t.co/s0O9sMIwn8

Kriseman called on the governor Wednesday, saying he wasn't sure how much longer the city and contractors for the city could spend cleaning up dead sea life from red tide.

"We are asking the governor, please, Pinellas County, St. Petersburg, we need your help," Kriseman said.

In response to the mayor's plea for help, a spokesperson for DeSantis said Kriseman is "either unaware of what is actually going on in his own backyard or is deliberately lying and using red tide as an attempt to score cheap political points."

The governor's office referred to the 2018 state of emergency that was declared over red tide by then-governor Rick Scott. They say the order freed up funds to aid in clean-up efforts.

"For the time being, [Florida Department of Environmental Protection] has a dedicated funding source and is providing grants to affected counties as was done in 2018, and unless that funding source is depleted, a state of emergency is not necessary," the governor's office said.

Kriseman countered the governor's office's response, saying "I don't care how our city receives assistance. Whether it's the governor declaring an emergency or his DEP doing something...I just need more boats."

On Thursday, the mayor said on Twitter, "We're going to ignore the politics from the governor's office and continue to work with other state officials and county officials to get these fish out of the water." He added that 800 tons of dead sea life have now been removed in St. Pete.

If you can't avoid being near red tide blooms because you live or work in the area, you should wear a mask, like the ones worn to protect you from COVID-19.

"The particle size of the breva toxin is the same size as respiratory droplets, so a regular face mask will help you avoid transmission and lessen those symptoms," said Dr. Alvarez.

If you do swim in water with concerning levels of red tide, you should avoid putting your head underwater and getting it into your eyes. After swimming, you should rinse off with fresh, clean water as soon as possible.