Experts explained why we are seeing red tide in the Tampa Bay area and explaining why they think Piney Point could be making the problem worse. 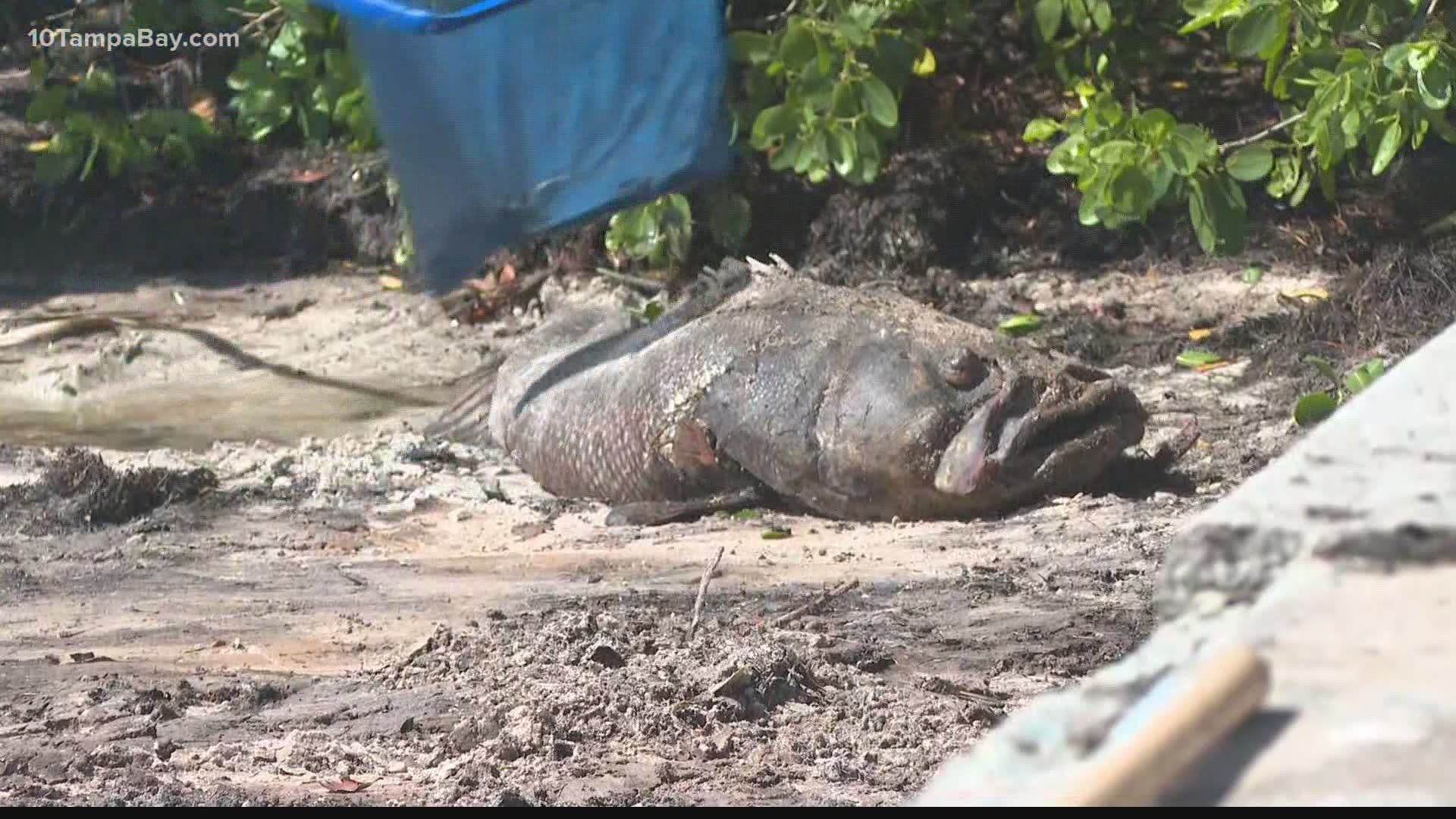 Professors at the University of South Florida, like Robert Weisberg, said the red tide bloom the Tampa Bay area is seeing is because of a bloom that started in Lee County.

This bloom can be traced back to December according to FWC. Due to wind and currents, the bloom traveled north up the coast into the Tampa Bay area. The bloom was first detected along our coastal beaches.

It traveled into Tampa Bay because of the currents and wind. Weisberg said he believes Piney Point discharges could be fueling that same bloom and making matters worse.

“I don’t think it would’ve taken off to the levels that we’re seeing without Piney Point," Weisberg explained.

It's important to keep in mind, Weisberg believes there was a bloom already present. That means, he thinks Piney Point nutrients could be fueling the bloom as opposed to being the cause.

“A lot of nutrients were dumped into the bay, that didn’t cause the red tide initially," Weisberg stated.

The President of Tampa Bay, Peter Clark, agreed discharge from Piney Point could be fueling the nutrients in Tampa Bay.

"It’s really not too much of a stretch to look at the Piney Point discharges that occurred in the middle part of Tampa Bay at the end of the dry season and then all of a sudden we’re dealing with a major red tide event," Clark explained.

RED TIDE RETURNS ... but why?
Today I interviewed @TampaBayWatch about the red tide we're seeing in the Tampa Bay area --> Catch the interview on @10TampaBay at 11pm pic.twitter.com/AHBkGKW0my

Both water experts said a lot of research is being done by other agencies, like FWC, to further study Piney Point's role in current red tide blooms.

Clark said the red tide in Tampa Bay is the worst he has seen.

"What we’re seeing right now in our area is worse than what we saw in 2018," Clark stated.

Weisberg explained red tide blooms this year are different from other years. The red tide detected along our coastal beaches this year came earlier than usual. Red tide usually doesn't appear early in the summer.

Weisberg also explained this is different from the red tide we saw in 2018. This year, a bloom traveled from the south. In 2018, there was a bloom that lingered from the year before.

"We had red tide in 2017, that red tide persisted. Then in September 2018, we got a new injection of cells from offshore, that added to what was already here, making it such a bad bloom," Weisberg explained.

Experts said it's hard to predict how long red tide will be present, but Weisberg believes because we are seeing it so early, this could be an indication the bloom will stick around through the fall.

RELATED: Red tide returns to Tampa Bay: 'This is a major disaster here in the Tampa Bay region'