An updated report on red tide's status is expected Wednesday. 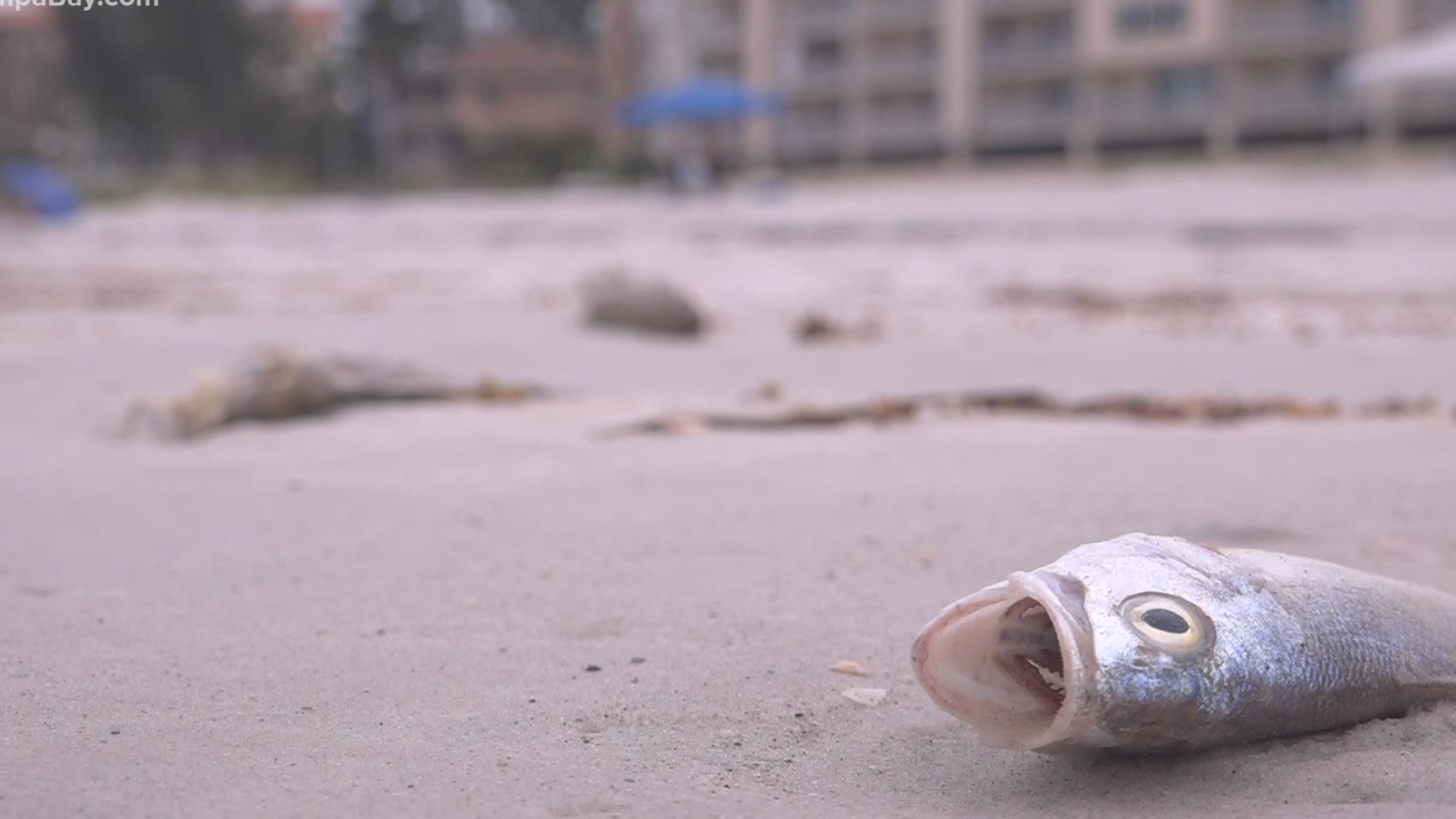 INDIAN SHORES, Fla. — Recent algae blooms have impacted beaches up and down the Pinellas County coastline.

FWC's latest report shows red tide is present at a few locations, including Indian Shores and Redington Beach. People at Indian Shores beach have experienced some respiratory symptoms, like coughing.

With the rainy season getting underway, some water experts said rainfall could feed the harmful algal blooms that are already present. That could prolong the ongoing red tide issue.

"I think the rainfall might be helping to feed it, but I don’t think it’s directly causing it," Florida Gulf Coast University professor Mike Parsons said. Parsons teaches marine science at FGCU. He studies harmful algal blooms in southwest Florida.

RED TIDE & RAINFALL ☔️
🐟We’re seeing dead fish in Pinellas County
🌊 I’m talking to water experts at @fgcu about what’s going on and how you can help —>
📺 Watch @10TampaBay at 5&6pm pic.twitter.com/enu3szR7FV

Red tide is an organism that needs salt water -- it's already in the Gulf of Mexico, and now, rainfall is being added.

"Red tide can access any nutrients from runoff. That fresh water has to mix with a gulf water. Basically, it needs to mix two parts gulf water, to one part fresh water," Parsons said.

"We’ve been doing water quality monitoring for decades and trends show since the implementation of the Pinellas County fertilizer ordinance, water quality has improved in a lot of our watershed’s here. Reduced nitrogen and reduced phosphorus. We are surrounded by water, all of our roadways are part of a drainage system," said Anamarie Rivera, who is a part of environmental management with Pinellas County.

FWC officials said there's no way to accurately tell how long algal blooms will last, however. An updated red tide report is slated for release Wednesday.