The concentration was found off War Veterans Memorial Park. 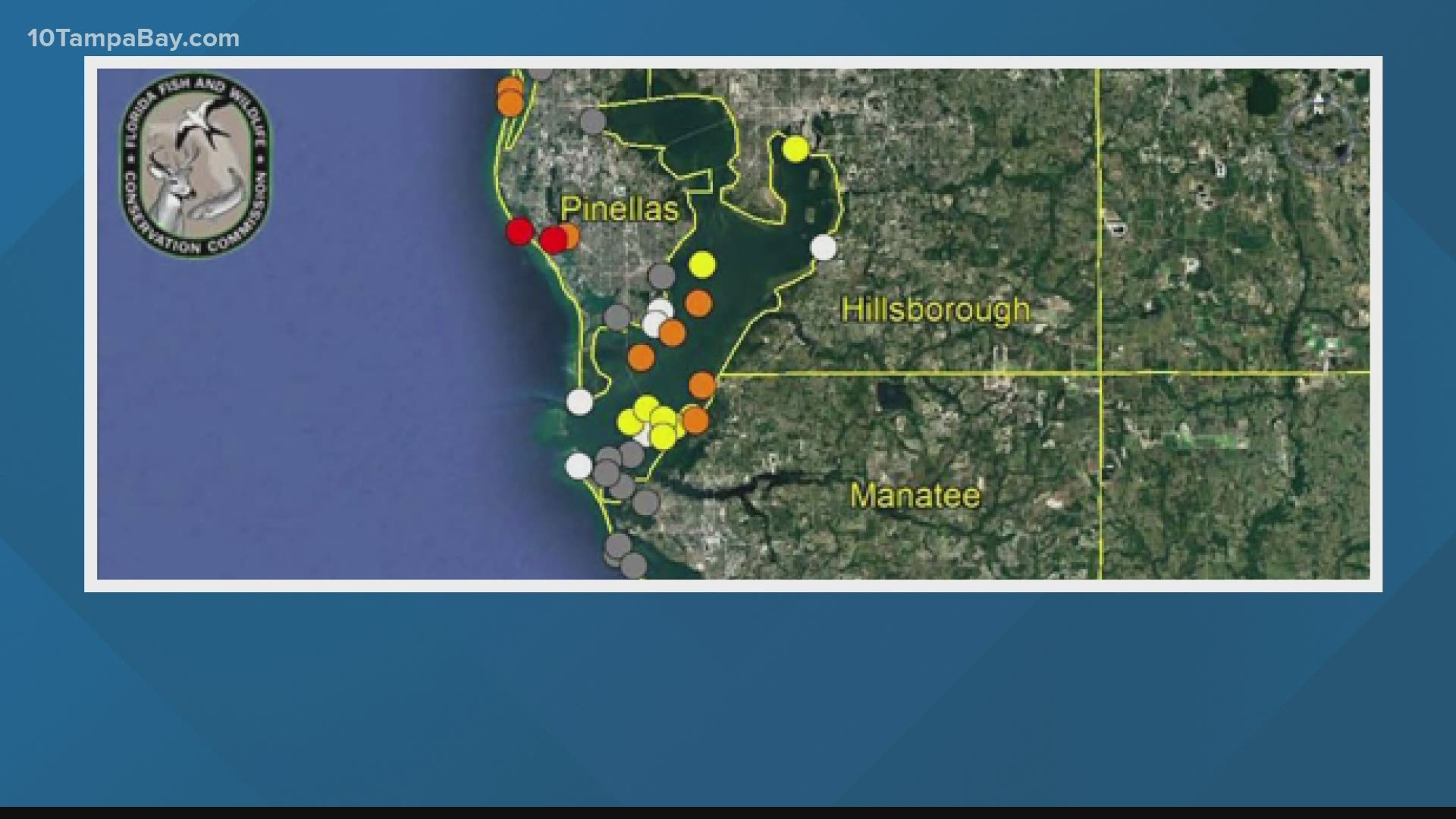 Another high concentration of red tide was reported Friday in Pinellas County by the Florida Fish and Wildlife Conservation Commission.

This sample was taken off the coast of the War Veterans Memorial Park south of Bay Pines, according to the FWC's map.

Gov. Ron DeSantis made a visit to St. Pete Thursday to discuss the harmful algal blooms at a roundtable of experts from different environmental protection groups in the state.

Representatives from the Florida Fish and Wildlife Conservation Commission, the Florida Department of Environmental Protection, Mote Marine Laboratory, and the University of South Florida all weighed in on the latest red tide research and mitigation efforts.

DeSantis noted the efforts he took to address red tide when he became governor in 2019, including reinstating the red tide task force, singing an environmental executive order addressing water quality and supporting scientific advances, according to the governor.

When asked if he was concerned about the recent high levels of red tide found on Pinellas County beaches, Gov. DeSantis said, "this is not 2018," referring to the persistent red tide outbreak that lasted more than a year between 2017 and 2019.

At high concentrations, even the general public may experience intense symptoms of respiratory irritations -- not just those who are sensitive to red tide or would otherwise experience mild symptoms, NOAA says.

The Florida Department of Health in Pinellas County said red tide could cause some to develop eye, nose and throat irritation while at area beaches. To help clear that up, the agency says it's best to head indoors or stay away from the beach altogether.

Some dead fish are likely to wash ashore, too, and there have been reports in Hillsborough, Manatee and Pinellas counties lately, according to the FWC.