Red tide is back along Sarasota beaches

The month-long break from red tide is over, just in time for tourist season. Sarasota retailers on St, Armands Circle say it's the worst news they could get. 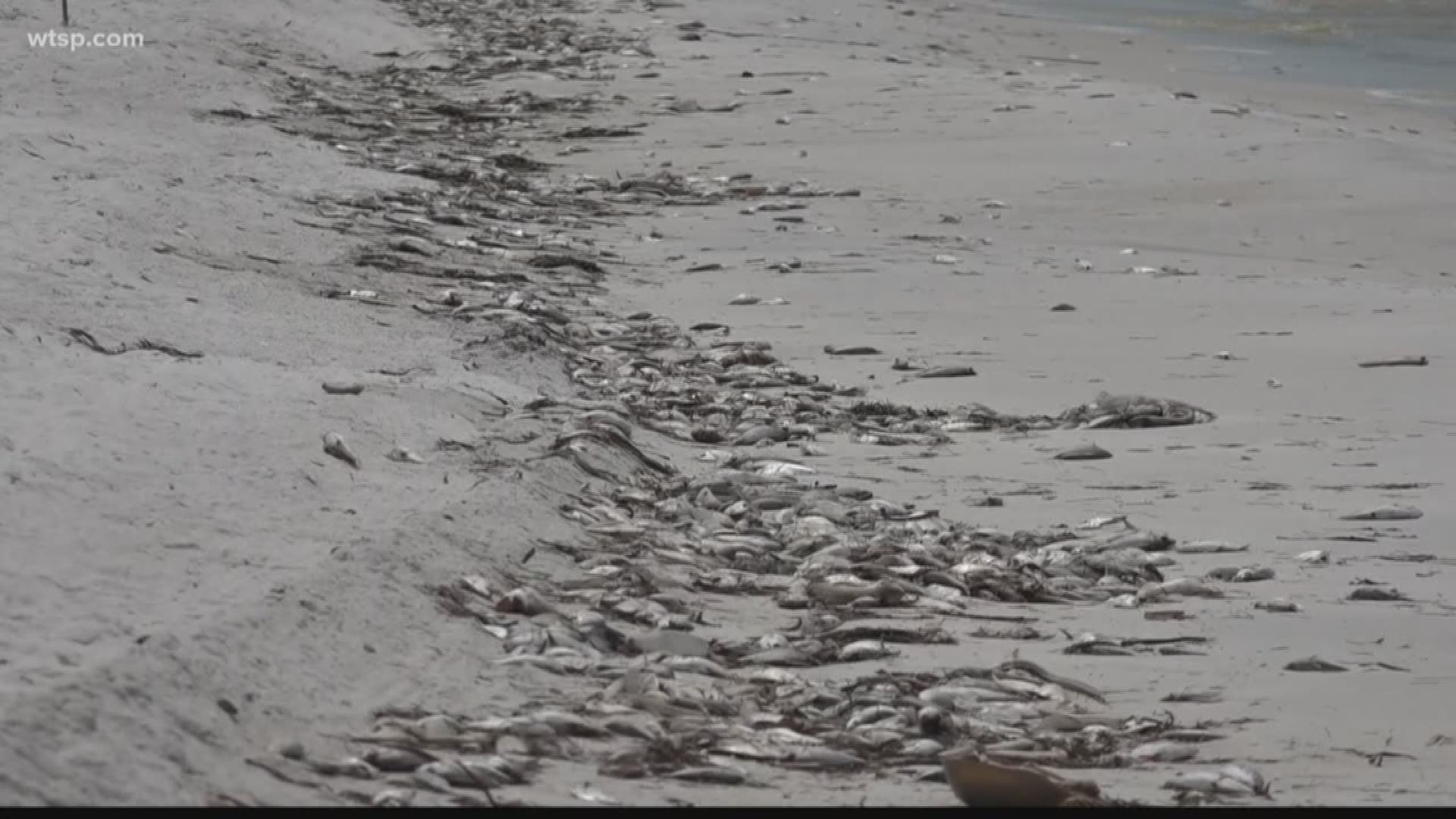 The break from red tide seems to be over for part of the Bay area. We’ve been a month without high levels along most of the coastline. But now it’s back.

High concentrations of red tide tested off of Sarasota beaches just as the tourism season starts.

The visitors and the shopping at St. Armands Circle is welcome.

What’s not welcome is red tide.

The photos were taken 2 1/2 miles off Sarasota’s coastline on Wednesday by Captain Dean Dougherty, who runs Motes Marine Operations.

Duran says, “Makes me a little nervous. We don’t want a repeat.”

Red tide gripped the Sarasota coastline for five months, and now high levels are registering off Lido and Siesta keys.

“It’s debilitating for communities and businesses,” says Leslie Chase. She and Lisa Marcus live on Longboat Key. They say the photos of the red tide bloom are “horrifying.”

Retailers are banking on this season to help make up for lost business.

“We’re hoping on double what we’ve been doing since this time last year,” says Duran.  “Our hope is this coming season to replenish what we’ve lost during the red tide season.”

But some store owners say this kind of media attention hurts business.

Joan Morgan, owner of Dreamweaver, says, “Red tide it comes and it goes. I want people to know this type of media attention, its publicity is not great for business because red tide comes and goes.”

While there are no concentrations of red tide near Pinellas beaches, we know some of you have noticed some discoloration in the water in Old Tampa Bay.

Florida Fish and Wildlife is still able to watch and monitor red tide levels despite the government shutdown. FWC says their scientists use NASA's satellite data.

They were able to pull it up with no issues. Also, NOAA's respiratory irritation predictions are still available since this information is necessary to protect life and property.