Red tide levels in Tampa Bay at their worst in decades

Research compiled from FWC and NOAA show red tide levels have not been this high since 1971 in Middle Tampa Bay. 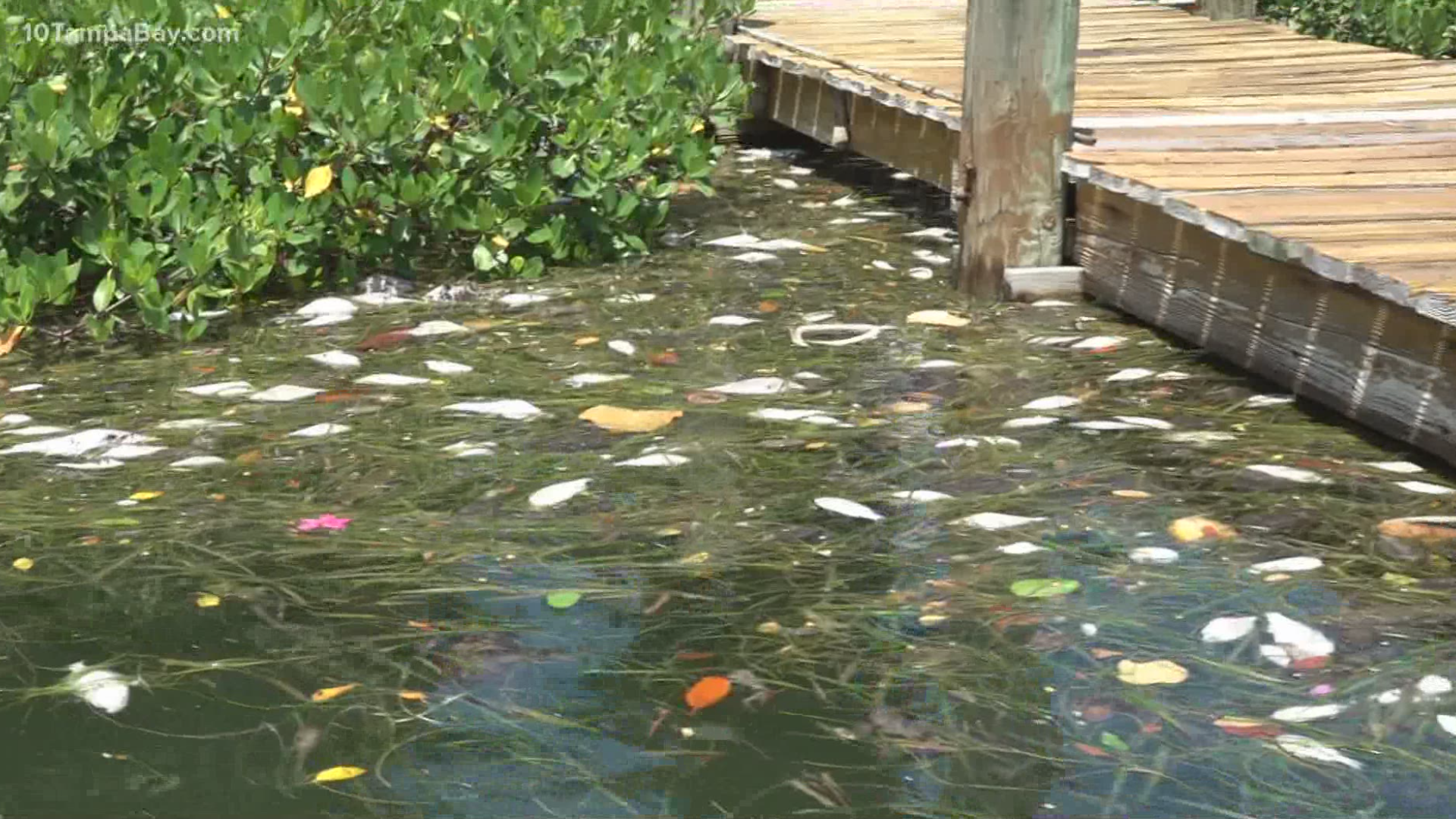 TAMPA, Fla. — Clean-up efforts for red tide have been put on pause in Pinellas County, but the impacts of the toxic algal blooms continue to impact the Tampa Bay area.

In the chart below, data compiled from the Florida Fish and Wildlife Conservation Commission and NOAA show red tide impacts in the Tampa Bay area over the decades, dating back to 1956. Scientists at the Tampa Bay Estuary Program (TBEP) say this year's spike in red tide algal blooms is no coincidence.

"This year, combined with the lower rainfall, as well as the nutrients we saw from Piney Point entering the system, that made this a perfect mix for red tide to grow in the bay," said Dr. Marcus Beck, a program scientist with TBEP.

Beck compiled the data from FWC and NOAA into charts to make it easier to understand and show just how severe red tide has been for Tampa Bay in 2021.

"Any time you get an excess of nutrients into the bay, it generally causes excess algal growth," Beck said. "In the case of Piney Point this year, when we saw several hundred tons of nutrients entering the bay, we kind of suspected that it would cause an algal response."

An algal response is what Beck says is exactly what happened. TBEP said red tide conditions have been significantly better in recent weeks, but there are still many unanswered questions behind the blooms themselves.

RELATED: No, there isn’t 'scientific consensus' on red tide impact from Piney Point

"There's still a lot that we don't know," said Maya Burke, the assistant director with TBEP. "Unfortunately, this bloom has been very dynamic and very patchy and that makes it hard to predict and hard to understand. I would say, conditions are changing very frequently."

Burke said these unanswered questions make it difficult to predict if red tide will worsen again in 2021. What scientists are able to see: a connection between nutrient spills and red tide blooms.

"It's important to make the connections that this year was an anomaly in terms of nutrient pollutions entering the bay," Beck said. "We're seeing things that aren't normal for the bay, and it doesn't take really complicated science to make those connections."

Earlier this spring, wastewater leaks were found at the former Piney Point facility in Manatee County.

Officials decided to pump millions of gallons of nutrient-rich wastewater in Tampa Bay to stave off a devastating collapse of the site, but environmentalists since have blamed that water for acting as a fuel of sorts to the recent red tide blooms.

"The numbers this year are a lot higher than they've been in the last couple of years," Beck said. "Specifically back since 1971 was the last time we had values this high."

Stormwater and wastewater treatment were not regulated in Florida until 1981.