The impacts of red tide are hitting local fishing guides hard, forcing them to cancel chartered trips in Pinellas County. 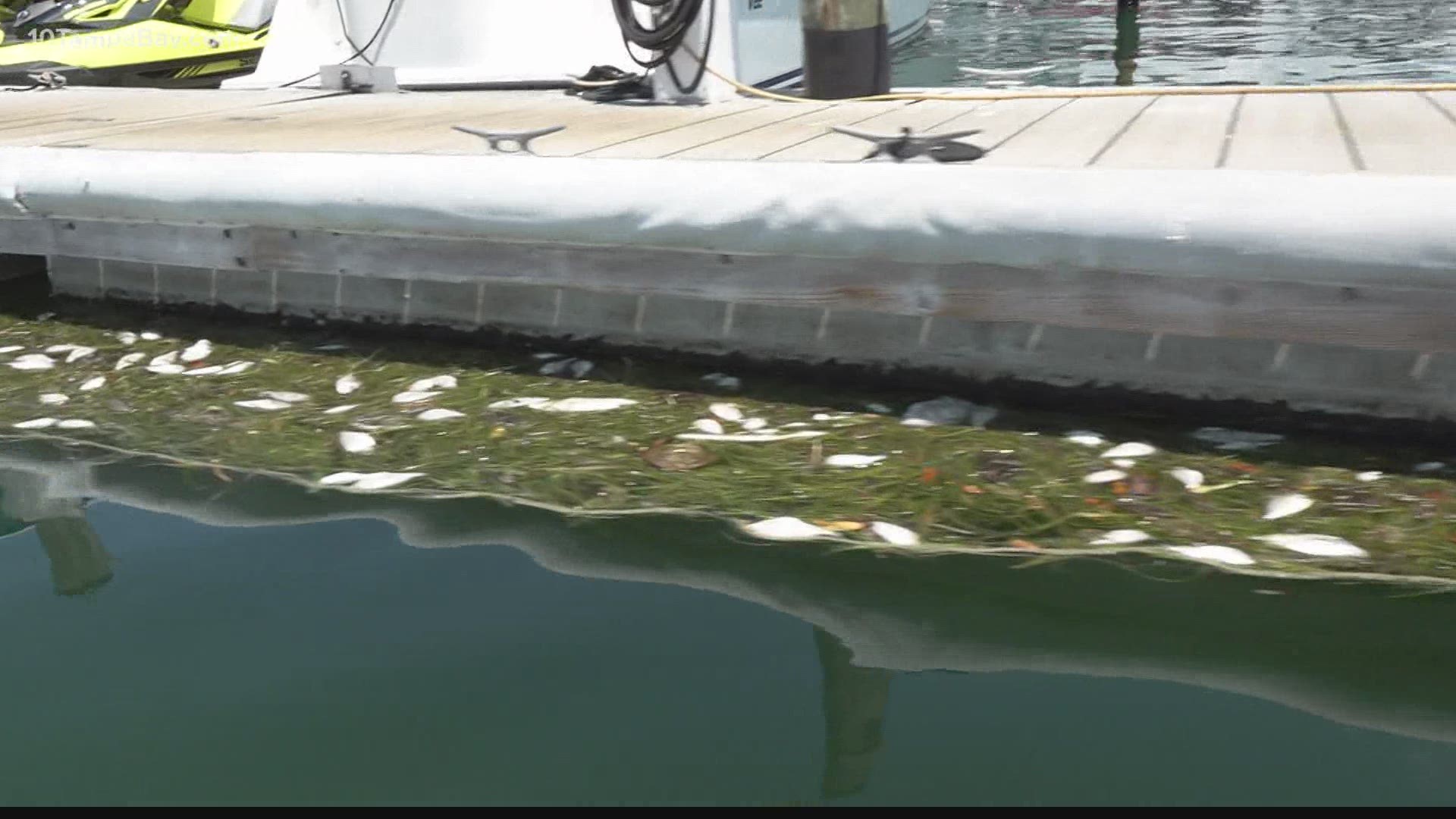 PINELLAS COUNTY, Fla — As clean-up efforts continue in Pinellas County for red tide, the impacts are felt above and below the surface. Local fishing guides are canceling scheduled charters with the stench of dead fish clearing them from the waters.

Captain Luke Bonner is the owner of Cat 5 Fishing. He takes tourists and locals on chartered fishing guides. Because of red tide, he said he's had to cancel an entire week of scheduled charters.

"It seemed like we were on the rebound," said Bonner. "We had a full week of charters, then the third week of July, we had to shut them down again."

In order to find safe fishing areas, Bonner said he was boating several miles off the coast to give his guests a good place to cast their lines.

Preview of tonight’s red tide report. Tune in to @10TampaBay this evening. pic.twitter.com/zqARfSzHGD

"As a whole, it's impacting the fishing industry, commercially, recreationally, and for us charter captains," said Bonner.

Bonner said he typically takes guests to a nearby restaurant during their chartered tours. But with fewer boats on the water, businesses on the water are feeling the hurt too. Oftentimes tourists don't know what red tide is, or the health impacts associated with it, with Bonner sometimes being the first to inform them.

"It's my job as a guide to let them know the impact of it, which also means not getting paid for the trip and canceling the trip."

Those cancelations have cost him up to $5,000. Bonner said he typically plans for red tide to impact his scheduling in August.

"Seeing that it's this early in the season, it kind of scares me that it might be around longer than expected this year," he said.

Bonner is hopeful his schedule returns to normal in the next few weeks, and if it doesn't, he'll take his boats to Key West to book charters in clearer waters.

Pinellas County has contracted with DRC for red tide clean-up efforts. So far, 1,624 tons of dead marine life have been removed from the waters this summer.

"As of noon yesterday, the county has put us on standby," said Jay Gunter, the regional director of DRC. "Which means we aren't seeing the fish and obviously the calls aren't coming in from the public where they're seeing large amounts of fish-- that's a good thing."

Gunter said although conditions are clearing now, it doesn't guarantee his work is done for the season.

"I don't know that we're cleared for the season, we could be reactivated at any moment," said Gunter.