At least 1.6 million pounds of dead marine life has been collected in Pinellas County alone. 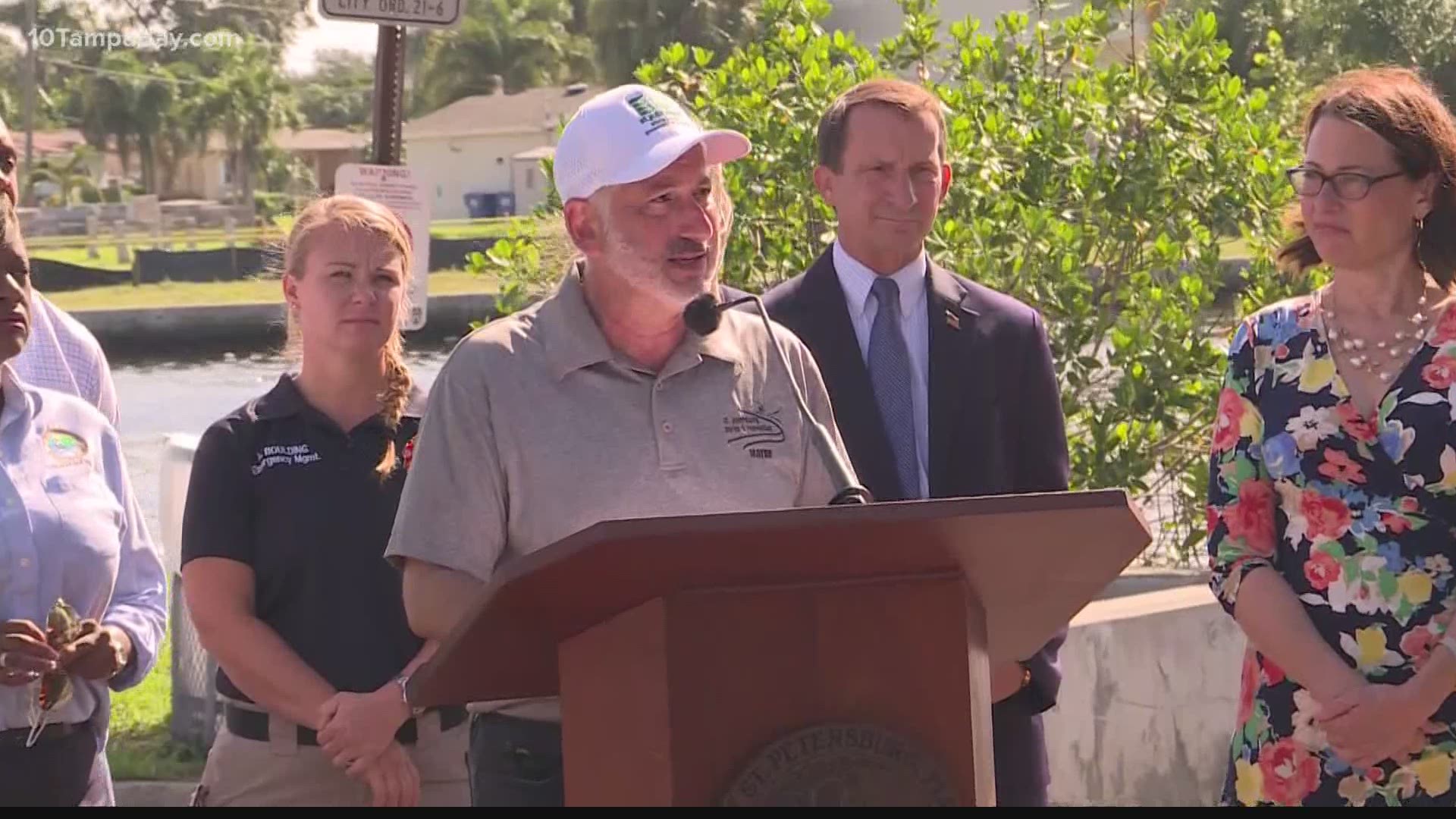 ST. PETERSBURG, Fla. — The latest red tide update isn't much of an improvement from the last.

High concentrations of the red tide organism, Karenia brevis, were measured this past week in Hillsborough, Manatee, Pinellas and Sarasota counties, according to the Florida Fish and Wildlife Conservation Commission.

The area appearing to be most affected includes much of Tampa Bay, especially north of the Sunshine Skyway Bridge to Middle Tampa Bay and Hillsborough Bay. Lower concentrations were reported farther north into Old Tampa Bay and the Safety Harbor area.

There remain high concentrations in the Gulf of Mexico from Sarasota to Pinellas County, FWC's latest map shows.

Here's another look from the University of South Florida's College of Marine Science. In this image, dated Tuesday, July 13, "hotter" colors represent higher levels of chlorophyll-a concentrations, which is a green pigment found in plants and is an indication of poor water quality.

The consequences of high levels of red tide mean a greater die-off of marine life and severe respiratory irritation to anyone who visits the area. Pinellas County on Thursday reported at least 800 tons — about 1.6 million pounds — of dead sea life have been collected.

It added that some parts of Tampa Bay tested 10 to 17 times higher than what is considered "high" levels of the red tide organism.

Unfortunately, there's no real significant end to the red tide outbreak in the near future. Forecasts provided by USF show red tide in Tampa Bay will just meander around with the natural tide.

Use the map below to see the latest red tide levels across Tampa Bay, according to FWC. You can also find where to drop off any dead fish.