Rally against red tide in Tampa aims to bring about change

Dozens gathered outside of city hall, chanting, "save the bay!" 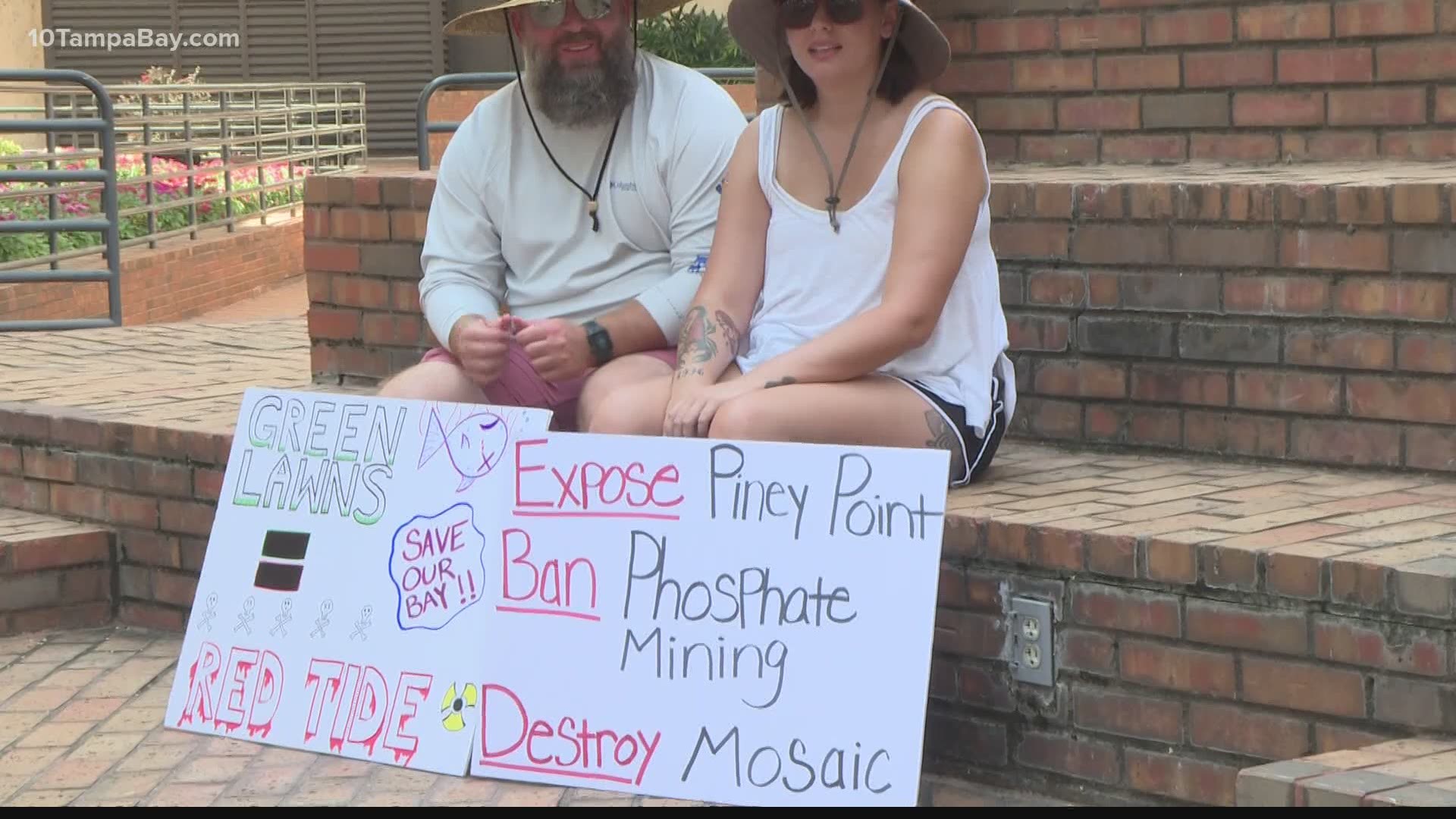 TAMPA, Fla. — Red tide advisories are still in place at nearly every beach in Pinellas County. With frustrations mounting over dead fish washing ashore, some residents have taken their concerns to city hall and plan to continue to do so until changes are made.

Dozens of people gathered Sunday, hoping to raise awareness for environmental impacts seen in our area related to red tide. Their goal: inform people of what's happening in their backyard.

"I think everyone in Florida wants the same thing," said Jackson Tenney, one of the speakers at an organized rally. "We just want clean water, we just want to protect our environment."

Tenney and others pointed fingers at the phosphate plants in the Tampa Bay area. Earlier this spring, wastewater leaks were found at the former Piney Point facility in Manatee County.

Officials decided to pump millions of gallons of nutrient-rich wastewater in Tampa Bay to stave off a devastating collapse at the site, but environmentalists since have blamed that water for acting as a fuel of sorts to the recent red tide blooms.

"Nobody here is worried about what naturally occurs," Tenney said. "We just don't want to see Florida get destroyed."

Several groups joined together in solidarity. Stefanie Hinton moderates a Facebook group called "Stop Red Tide St. Pete." She said there is no one way to address the issues the area faces.

"This is a very complex problem — and it doesn't have one answer," Hinton said. "Phosphate mining is very dangerous to Florida. Not getting the phosphate out, but the waste that is left behind."

When asked what needs to happen to improve conditions, Hinton said regulations should change on a federal level.

"Getting the EPA to update the regulations to think future-focused," Hinton said. "The health of our people is essentially the health of the state of Florida."

Recent reports have shown a connection between manatee deaths and red tide. Local fisherman Bradley Johnson said he's seen dead manatees while out on the waters.

"For the past month, I'd say, this is the worst red tide I'd ever seen," Johnson said. "There are dead manatees, it's disgusting. I can't even breathe."

For those living near the beach, red tide is impacting their health. Kim Shaw Elliot lives along Belleair beach.

"There are days I can't walk to the end of my street because I'm already coughing by the time I approach," Elliott said. "The waters aren't clear like they used to be. So these incredible natural resources that we have that bring people to this state and employ people throughout the state are at risk."