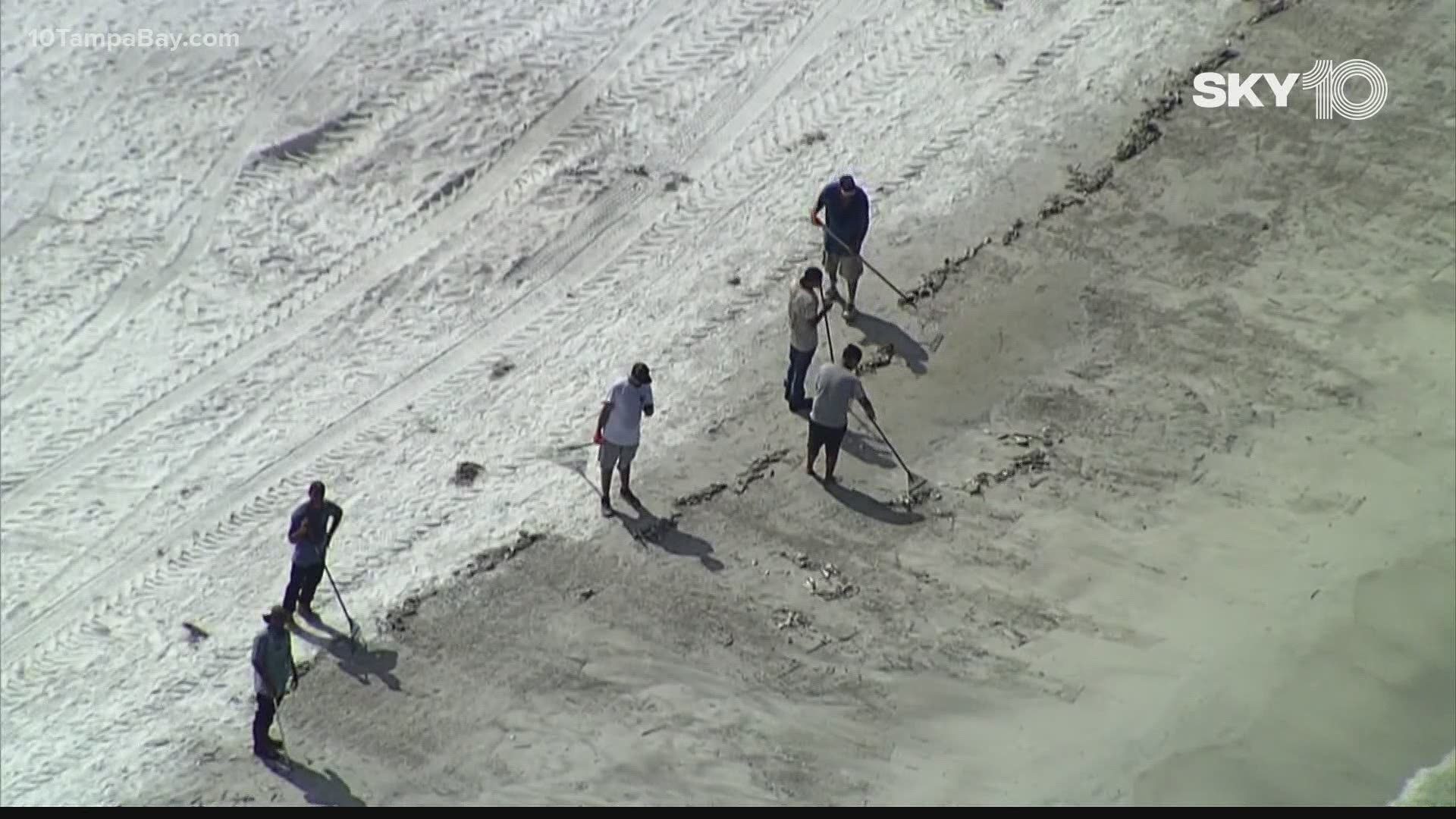 PINELLAS COUNTY, Fla. — The Tampa Bay area is experiencing an abundance of dead sea life because of red tide. With that, local cities and counties continue to hire clean-up crews to dispose of the dead marine life.

This comes with a cost to every municipality. For example, Pinellas County is working with the Florida Department of Environment Protection to cover the costs with the state's red tide funding.

For Pinellas County, they assist the city of St. Petersburg with reimbursing city officials for their red tide relief costs, like clean up. A spokesman for Pinellas County said they have given the city $902,000 in FL DEP grant money, but more is needed.

That money still needs to be approved.

As for how long it takes for a county to get reimbursed from the state, there's no set timeline.

10 Tampa Bay reached out to other cities and counties about their clean-up costs:

10 Tampa Bay reached out to the Florida Department of Environmental Protection to ask about how cities and counties get reimbursed. We want to find out if they see funds run low, but they have not responded to our calls and emails for an interview.