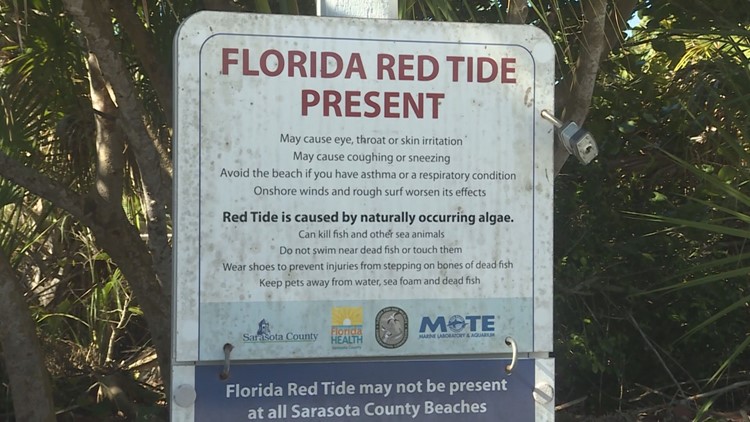 And, over the past week, red tide was observed in "very low concentrations in and/or offshore of Pinellas County," according to a red tide status update from the Florida Fish and Wildlife Conservation Commission.

"Background to high concentrations" of the red tide organism Karenia brevis was observed in Sarasota, Charlotte, Lee and Collier counties.

Several samples were taken from all four counties containing high concentrations of red tide, which is more than 1 million cells per liter.

FWC said Karenia brevis was not observed in Northwest Florida or along the East Coast.

Forecasters believe the red tide bloom might move away from the coastline because of a north-northeast wind.