St. Petersburg shifts workers away from maintenance to focus on red tide clean up

The city of St. Petersburg says the temporary shift in priorities is important to respond to the red tide crisis. 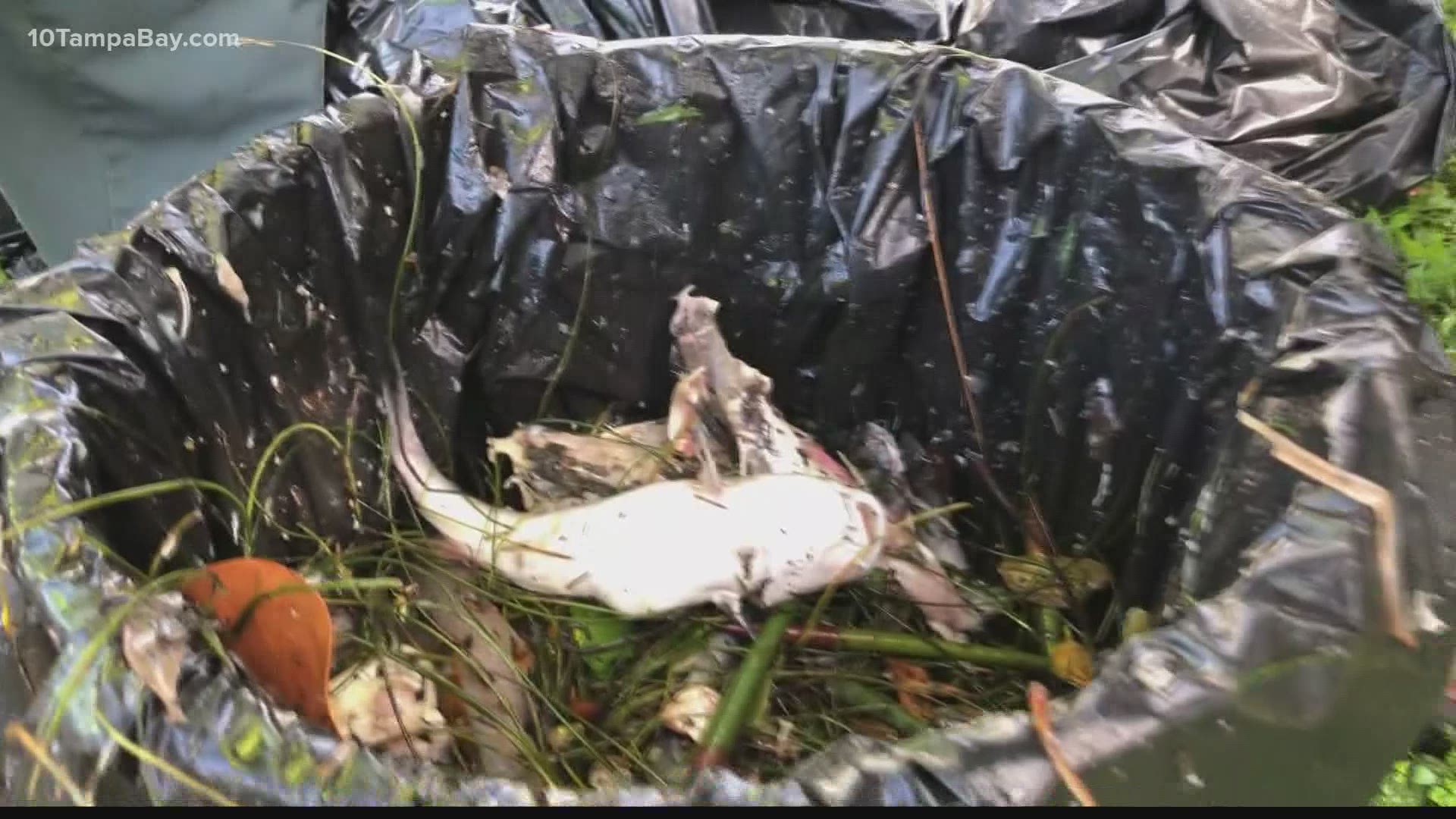 ST. PETERSBURG, Fla. — They are St. Pete’s front line workers in the war against red tide.

Around 200 city employees from the Public Works, Parks & Rec and Sanitation departments are stepping up to clean up the city’s smelly mess of dead marine life caused by red tide.

“I don’t know how these men and women are doing it,” said St. Petersburg city spokesman Ben Kirby. “They’re heroes if you ask me.”

For the past month, many of these employees have worked near 12 hour days giving up their 4th of July holiday and even spending time on weekends.

“It’s all hands on deck,” said Kirby.  “This is a huge priority for the city.”

But all this comes at a cost to other city services.

“If you see a median and the grass is a little high or there’s high grass in a ditch in your neighborhood. Or maybe some trees in your favorite park haven’t been trimmed, that’s because the men and women who normally do that are out picking up dead fish.”

Kirby says there have been complaints, but once call takers explain the situation most, people seem understanding.

“I think it’s all right because the traffic lights can wait,” said Stephen Marois, who lives in St. Pete and agrees with the city’s plan to take care of red tide issues first.  “The tide is going to come and go.  As long as they’re not doing it for a year or six months.”

The city says as some of the red tide shifts out of the Bay and more into the Gulf, there’s been fewer dead fish along the St. Pete shoreline.

That’s allowed the city to give some workers some much-needed time off and this week, some shifted back to their regular positions.

“We’re really hoping that we’re starting to see red tide lesson,” said Kirby. “That way we can get all St. Pete back to normal.”