While most of the red tide debris is destined for the county landfill, some of it is actually being turned into something far more useful. 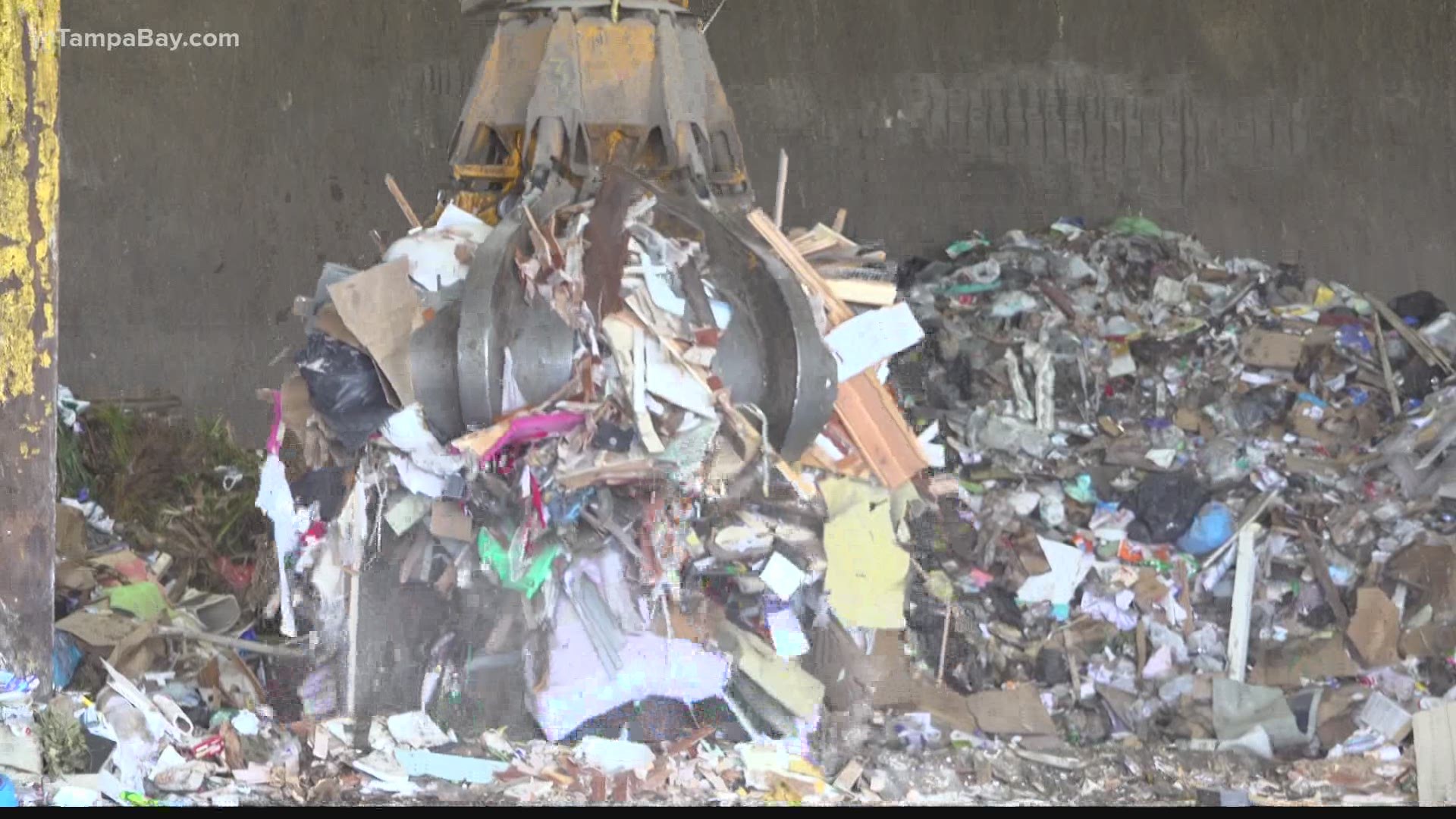 PINELLAS COUNTY, Fla. — More than two million pounds of dead marine life has been found along Pinellas County beaches over the past few weeks, all because of red tide.

And while most of that debris is destined for the county landfill, some of it is actually being turned into something far more useful: energy — powering thousands of local homes.

“All of the red tide debris that is removed from Pinellas County comes here to our solid waste disposal complex. We have two ways to dispose of the material. It can either be here at our waste energy facility or in our landfill,” said Stephanie Watson, Pinellas County’s recycling program manager.

Until recently, the county had been averaging about 120 tons or 12 truckloads a day. That’s 1,640 tons so far.

Rather than just rotting, the county is trying to keep all that debris from going to waste. Instead, the county is turning it into energy by incinerating it at the Pinellas Waste to Energy Facility.

“We burn enough garbage here each day to power the equivalent of 45,000 homes,” Watson said.

Unfortunately, only about 15% of the debris can be used to produce power. The majority of it still ends up in the county’s landfill.

Still, people we've spoken with, many who’ve been dealing with the decay and more stink than they can stand, say they’re glad it’s not all going to waste.

“You know, that actually sounds reasonable,” said Alan Perry, whose neighborhood smelled like dead fish for weeks. “I don’t know all of the impacts of burning it, but it certainly seems better than throwing it away.”

“I think anything that we can do to avoid throwing it out in the landfill I’m all for it,” Patricia Sapol said.

As for the dead marine life deemed unsuitable for recycling:

“Before we receive a load at the landfill, we dig a hole. We get ready for the load. We bury it,” Watson said. “And then, we cover it, and that helps control odors from the red tide debris.”

Pinellas County is already working to collect as much dead marine life as it can while it’s still offshore. That’s good for the beaches, businesses and tourism.

But solid waste workers say it also enables them to direct that much more of the debris where it can be turned into energy, with less of it ending up in the landfill.

Pinellas County has a 30-year solid waste master plan. Their goal is to have a zero-waste landfill by the year 2050. They’re currently looking at 28 strategies to reduce what’s brought to the county landfill, which is expected to reach capacity in about 75 years.