If you were planning on visiting a beach on southwest Florida's gulf coast, you probably weren't expecting dead fish to line the shores. 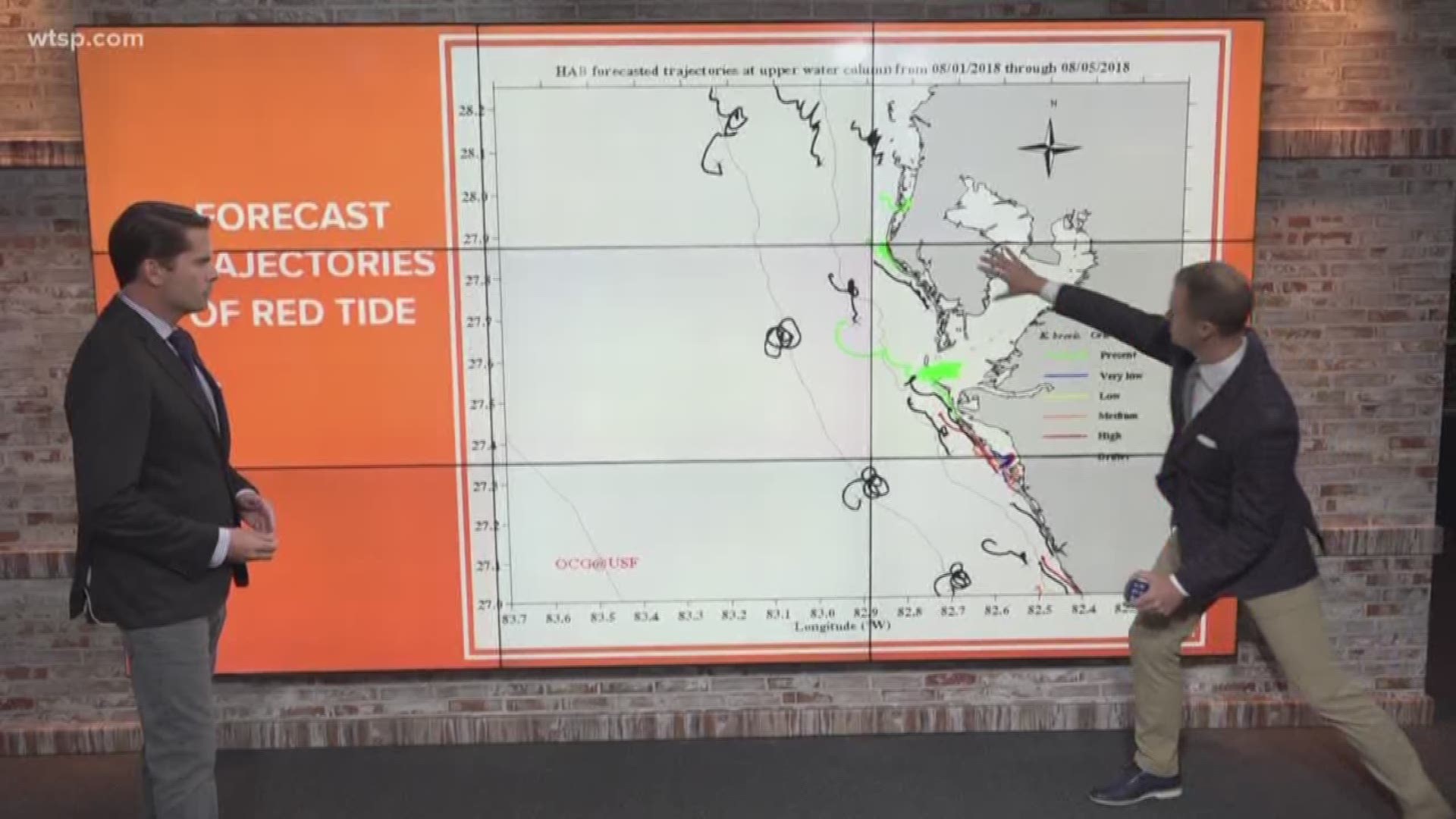 It’s been making headlines a lot lately, and possibly ruined your beach day if you were planning on heading out in southwest Florida: Red tide.

But what is it, and where did it come from?

Red tide is a “harmful algal bloom,” according to the National Oceanic and Atmospheric Administration.

The blooms happen when the colonies of algae start to grow out of control and produce powerful toxins that harm and even kill marine life, NOAA reports. People also can be affected by red tides. They can experience eye irritation, respiratory issues, asthma and in rare occurrences, death.

If your skin is prone to irritation, you should definitely avoid red tide water. And, if you do get irritated after swimming in red tide, get out right away and thoroughly rinse yourself with fresh water. People with respiratory issues like asthma or bronchitis should definitely avoid red tide areas -- especially when winds are blowing ashore, according to Florida health officials. If you begin to experience respiratory problems, leave the beach right away and find air conditioning. If your condition worsens, see a doctor.

Pets can be affected by red tide, too. If you live near the beach, think about taking your animals inside to prevent respiratory irritation. And, if you're at the beach, don't allow your pets to play with dead fish or foam.

Beaches along parts of the gulf coast, typically filled with people, are now covered in dead fish and other marine life.

In Florida, the most well-known red-tide-causing organism is known as Karenia brevis, which blooms in the Gulf of Mexico almost every year -- usually in late spring or early fall, according to the FWC. The FWC says Florida's red tides originate in nutrient-poor water that's 11 to 46 miles offshore. Red tides can last anywhere from a few weeks to longer than a year, depending on wind, water, currents, sunlight and other factors.

Researchers continue to study red tide and possible ways to control it, but so far there’s no magic solution. The harmful effects of red tide are caused by the toxins released when the organism dies.

A new federal budget gave NOAA an additional $8 million to research the causes of red tide and other harmful algal blooms reported WUSF.