A video captured the moment a splash of water and a fin unexpectedly appeared over the board. 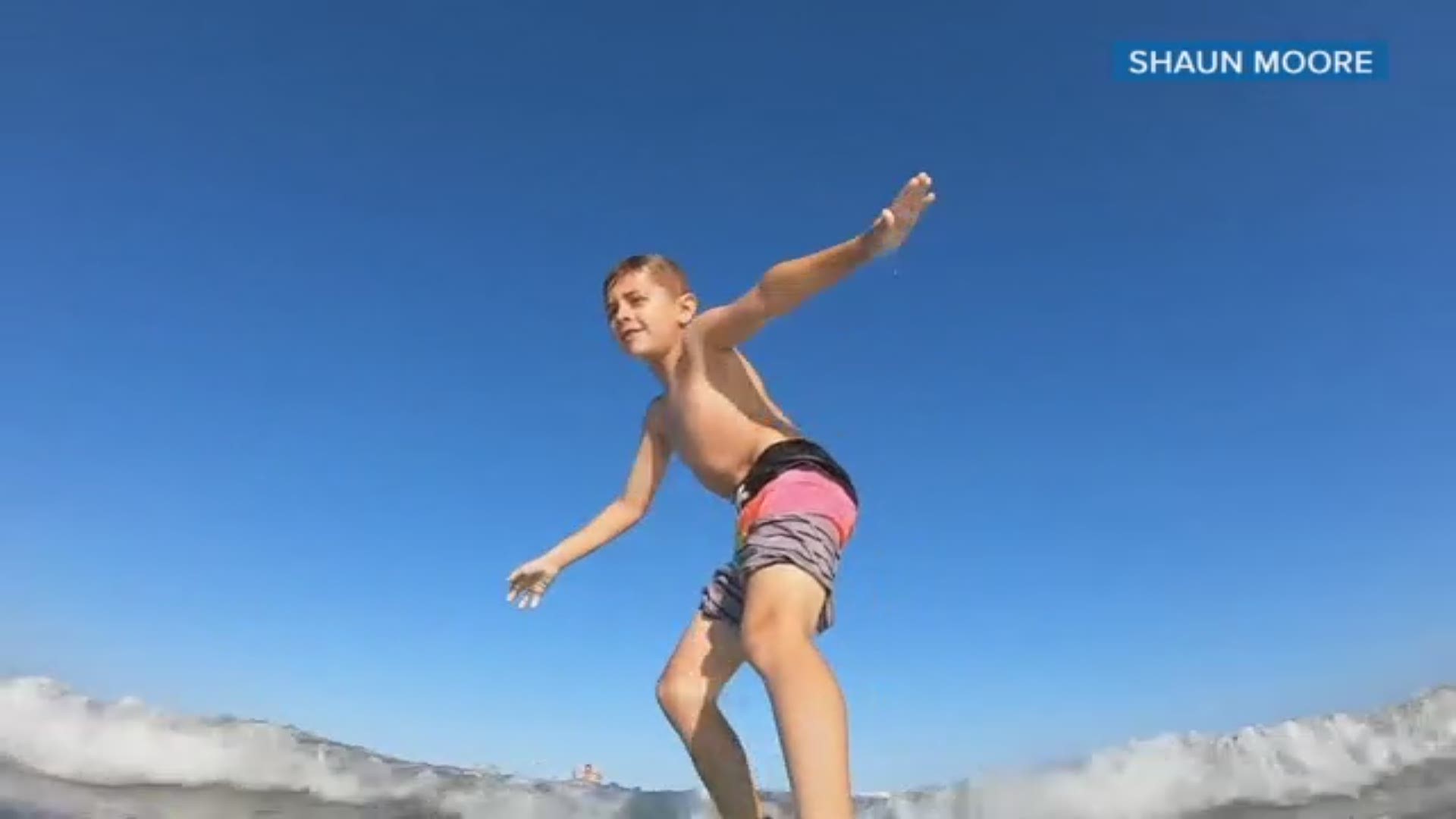 NEW SMYRNA BEACH, Fla. — While sharks are pretty common to see at Florida beaches, one particular video of a shark interaction might have you thinking "yikes, that's a little too close for comfort."

This after a video captured a second-grader getting unexpectedly knocked off his surfboard by a creature of the scaly kind.

7-year-old Chandler Moore was in for the wild surprise while he was surfing with his dad, Shaun Moore at New Smyrna Beach over the Thanksgiving break, CBS affiliate WKMG reports.

The video shows Chandler smoothly riding the waves and suddenly a splash of water and a fin appears over the board, causing him to jump off the back of the board and into the water.

Shaun mentioned on Twitter that the incident didn't stop the pair and they originally thought it was just a fish.

It wasn't until the video was slowed down a few notches that the father-son pair noticed that the fin actually belonged to a shark.

He said he and his son decided to paddle out for more afterward.

RELATED: 7-year-old wins money, plans to save the ocean with t-shirts