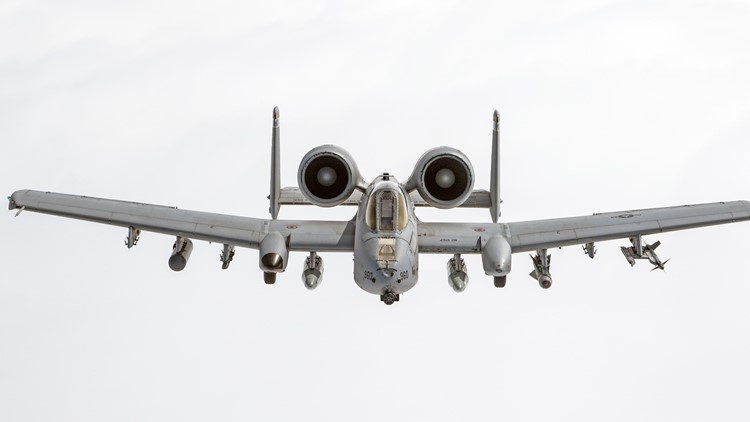 Photo by: Getty Images/iStockphoto
The Fairchild Republic A-10 Thunderbolt II is also known as the 'Warthog' and 'Tankbuster' due to its looks and role as a close support aircraft

MOODY AIR FORCE BASE, Ga. — The Air Force says it's investigating after a fighter jet struck a bird and dropped three dummy bombs used for training over northern Florida.

Moody Air Force Base in central Georgia said in a news release there were no immediate reports of injuries or damage after the 25-pound (11-kilogram), nonexplosive training munitions were dropped Monday afternoon by an A-10C Thunderbolt II jet. The base said a "bird strike" had caused "an inadvertent release" of the three dummy bombs.

The Air Force said it didn't know where the training bombs landed, but the suspected area was about 54 miles (87 kilometers) south of the base near Suwannee Springs in northern Florida.

The Air Force said the dummy bombs, though inert, contain small pyrotechnic charges and should not be handled.