FILE - In this June 7, 2014 file photo, the entrance to Camp 5 and Camp 6 at the U.S. military's Guantanamo Bay detention center, at Guantanamo Bay Naval Base, Cuba. The Obama Administration’s struggling crusade to close the U.S. detention center at Guantanamo Bay, Cuba, is mired in state and federal politics, and frustrated White House and Pentagon officials are blaming each other for the slow progress releasing approved detainees and finding a new prison to house the remainder.
Author: Associated Press and AP (WTSP)
Published: 7:43 AM EDT September 23, 2015

An independent audit commissioned by the Florida Department of Corrections has concluded that Florida's prisons are so "chronically understaffed" that an emergency should be declared to keep corrections officers and inmates safe.

The Miami Herald/Tampa Bay Times Tallahassee bureau (http://hrld.us/1Kz3P35 ) reported Tuesday that the National Institute of Corrections report says the lack of prison staff costs the state millions in overtime costs, encourages vacancies, falls below national standards and exposes Florida taxpayers to increased costs if a murder, riot or escape were to occur at any of the prisons.

Department of Corrections spokesman McKinley Lewis says the agency has pushed for more funding and is doing the best it can with what it has. 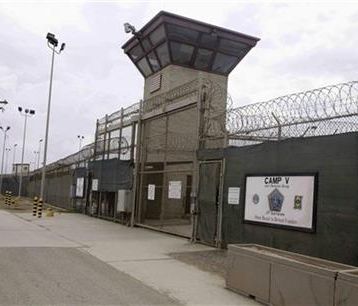