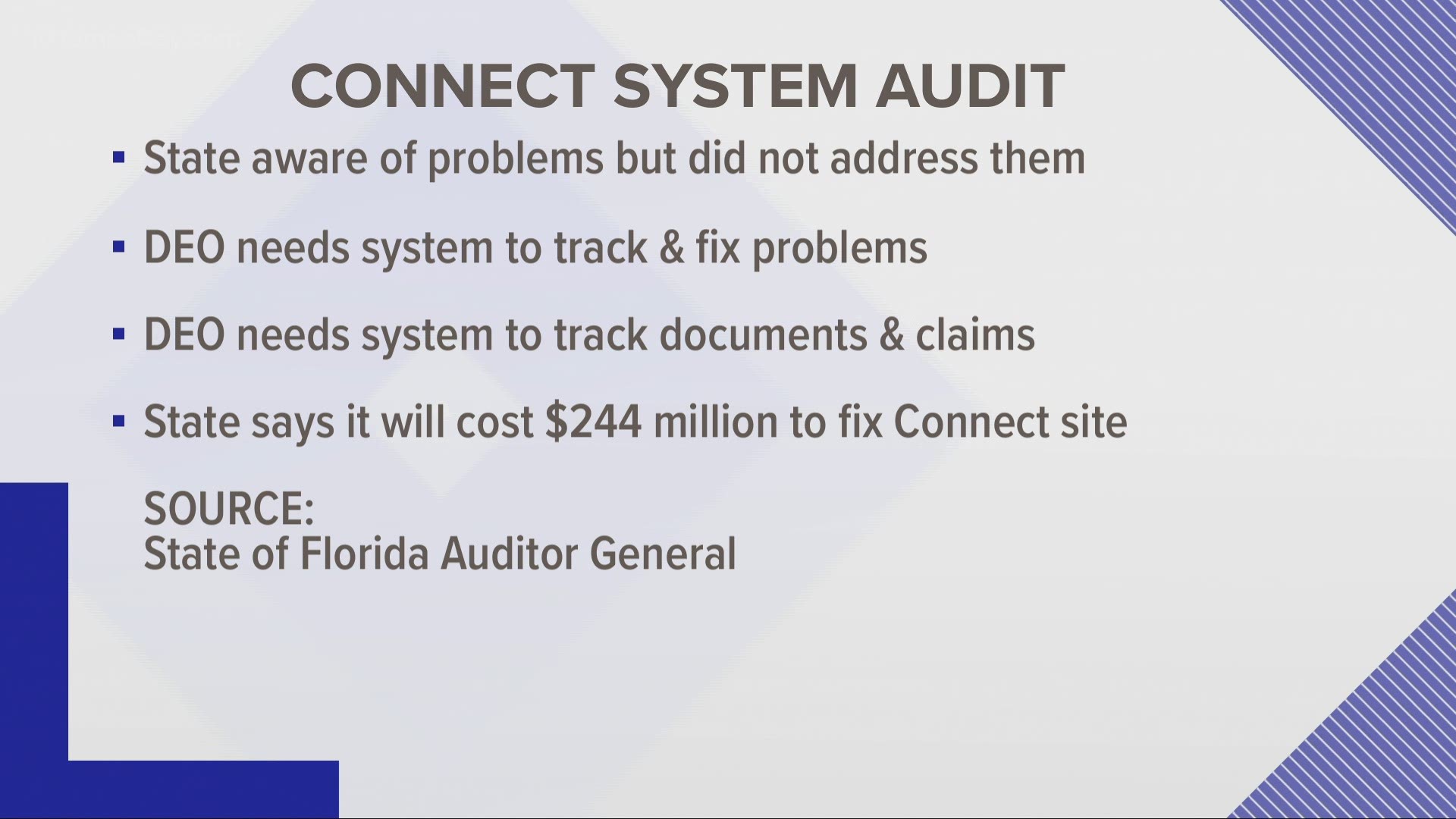 TALLAHASSEE, Fla. — An audit of Florida's Department of Economic Opportunity's unemployment network revealed several issues with the system despite concerns being raised internally for years.

Florida's Auditor General released the 30-page report on the $81 million CONNECT system, which caused headaches for millions of out-of-work Floridians during the coronavirus pandemic.

The spike revealed major holes in the CONNECT system. Dozens of issues that auditors say were raised as far back as 2014.

Many glitches and errors within the system which prevented users from logging in or successfully filing for unemployment were identified by DEO in 2014. However, records revealed the department never successfully addressed the issues. According to the audit, more than 700 tickets had been filed and unsolved as of September 2020.

Minor but just as equally important issues were also discovered, including certain sections of the system not translating to a user's primary language and the inability to edit unemployment applications.

However, the major theme of the report was the department's inability to solve and address errors years after discovering them.

For example, one glitch in the CONNECT system would increase a user's amount of unemployment assistance. In some cases, the audit says users were able to collect twice the amount of money they were owed. DEO noticed the issue and filed a ticket in 2015. More than five years later and the glitch remains unsolved, according to the audit.

This audit is just one of several investigations the state has conducted into its own unemployment system.

In it, the chief inspector says the system, which was set up under former Gov. Rick Scott and became operational in 2013, was never fully tested.

The state contract required the CONNECT system to be able to support at least 200,000 concurrent external customers when it was initially deployed, according to the report. But, the inspector general found it was only tested with 4,200 concurrent users.

Scroll down or click here to read the full audit. 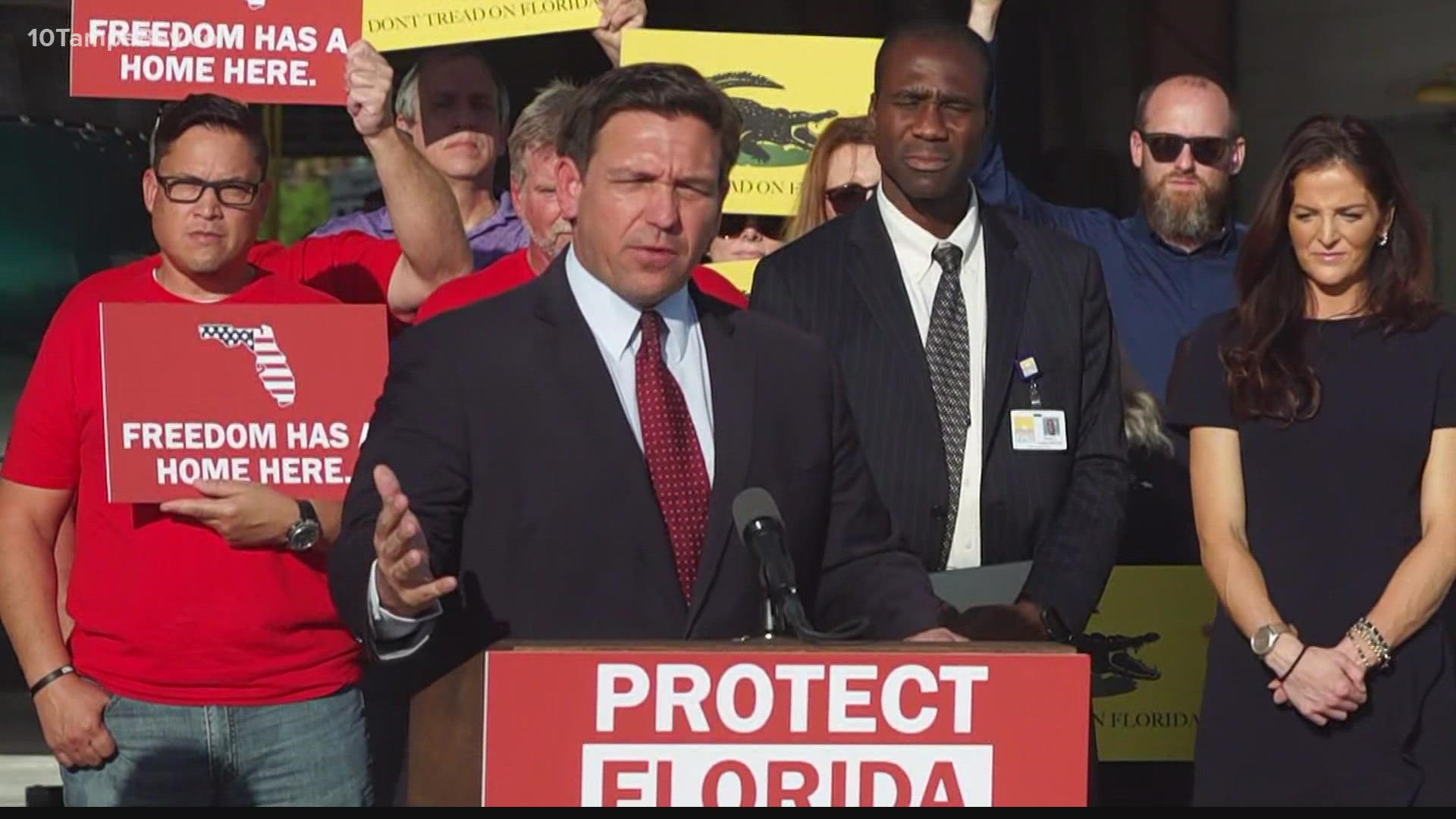