The dismissal of the case has alarmed some Marjory Stoneman Douglas Public Safety Commission leaders and the Baker County Sheriff's Office. 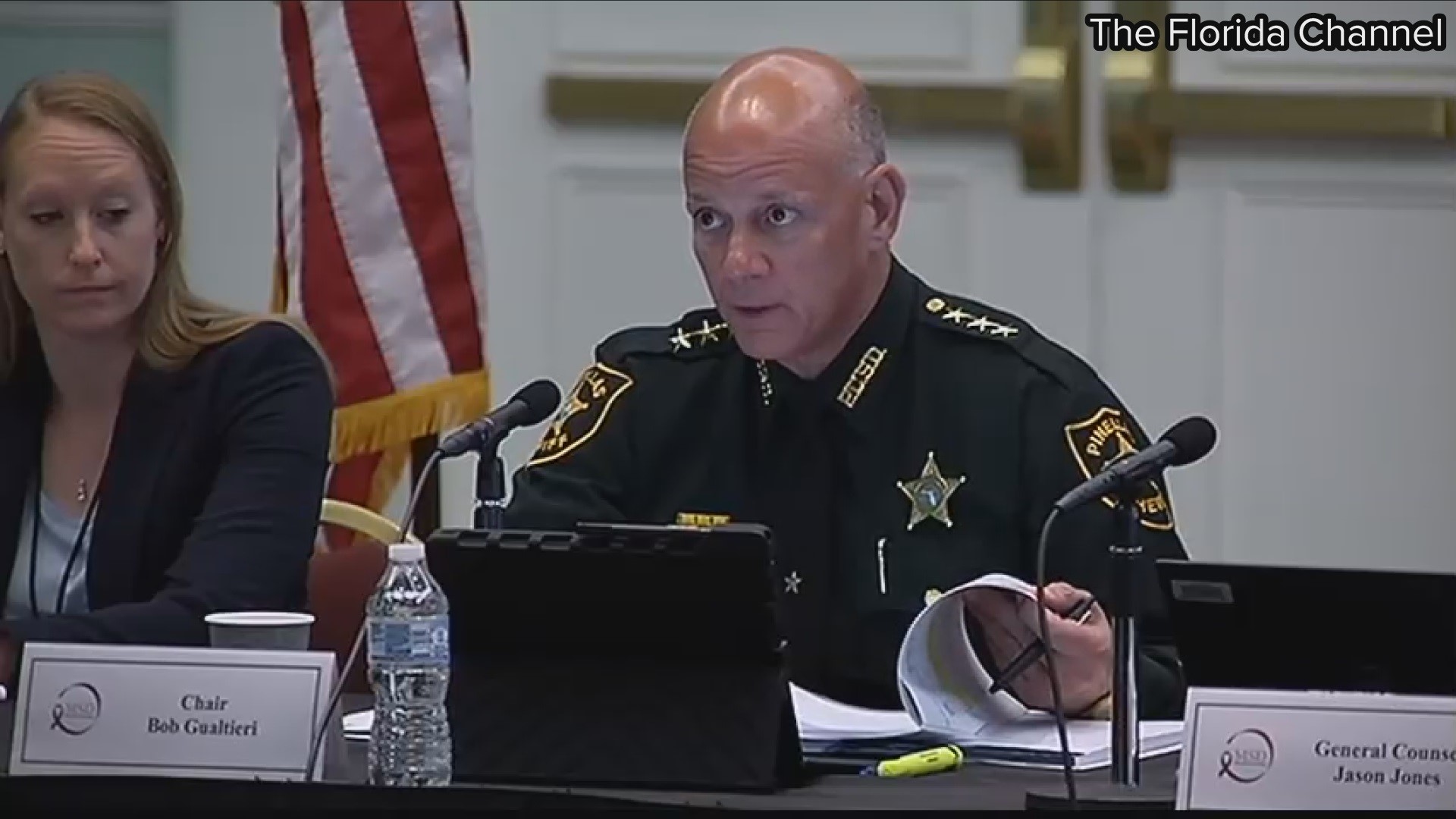 BAKER COUNTY, Fla. — Back in September, a 15-year-old student was arrested after deputies say he wrote six pages of "detailed notes" and strategies for carrying out a mass shooting at Baker County High School.

The sheriff's office said the notes were found in the student's composition book and included specific dates and times for a shooting, the locations on campus and details about certain people the student allegedly wanted to attack.

Deputies said the student admitted to the notes but said he never had any intention of going through with it. The student shared the detailed notes with another student, according to the sheriff's office.

"Every one of us believed we made the right charge and done what we were supposed to do," Crews said.

Crews went on to say he believed transmission was proved because deputies say the student showed the pages to another student.

State law makes it a second-degree felony to write and send threats to kill or do bodily harm to "the person to whom such letter or communication is sent" or any member of that person's family.

10News reached out to Walker's office, which said it can't discuss the case.

Gualtieri also said during the meeting that he thinks the case is "extremely troubling," but he doesn't know what the commission could recommend to lawmakers in regards to possibly changing the statute.

Gualtieri said he doesn't "see anything in the statute that needs to be changed. The statute is clear."

The Baker County Sheriff's Office said in a Facebook post on Wednesday it is "extremely disappointed" in Walker's ruling. The department said it believes "this case was clear and should have had a different outcome."

The sheriff's office also referenced the language in the statute that says "any person who makes, posts, or transmits a threat in a writing or other record, including an electronic record, to conduct a mass shooting or an act of terrorism, in any manner that would allow another person to view the threat, commits a felony of the second degree."