Bars are opening at 50 percent capacity after being forced to abruptly close earlier this summer. 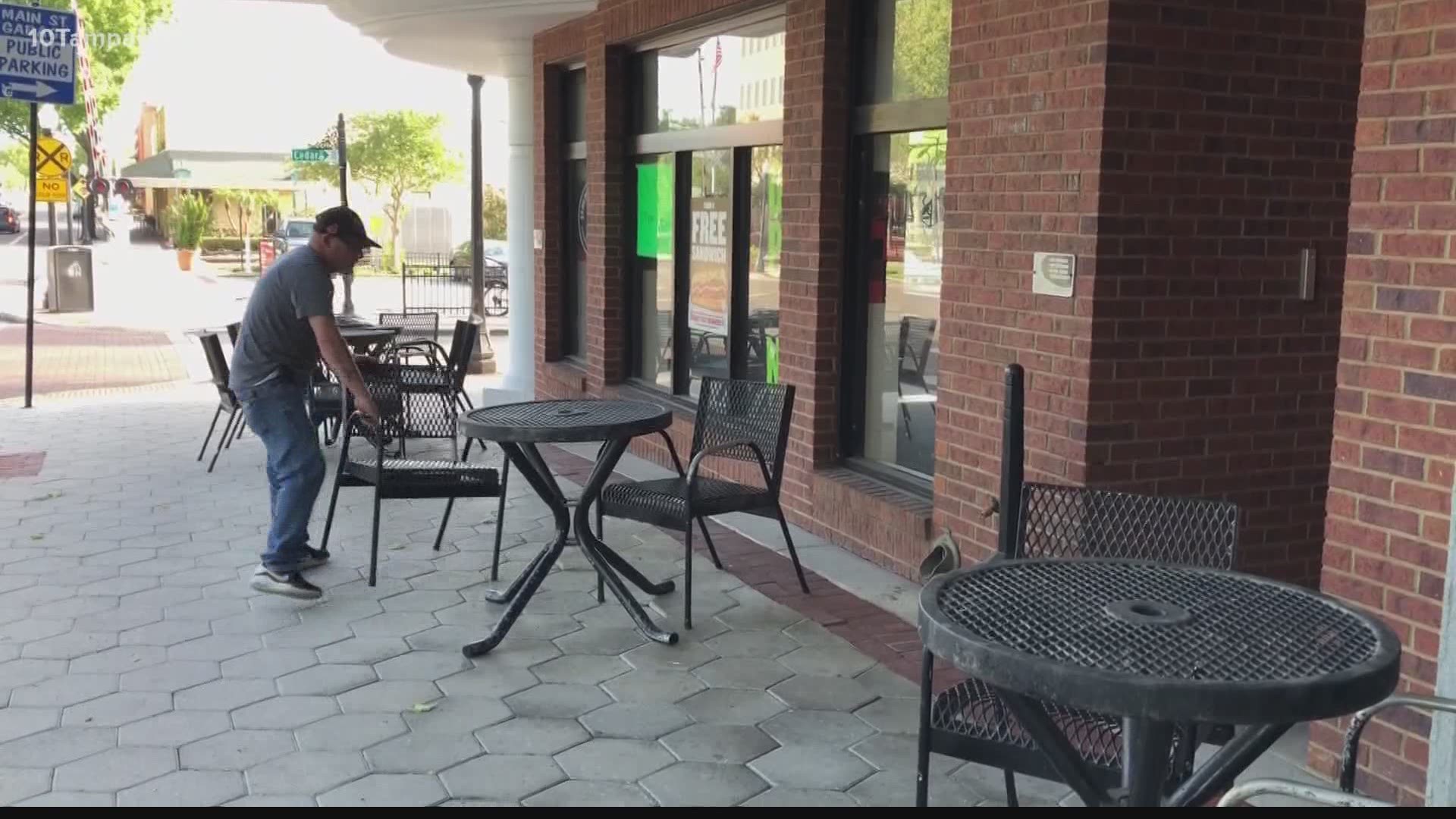 TAMPA, Fla. — Starting Monday, bars will be able to reopen at half capacity. The announcement came somewhat unexpectedly after bars were shuttered in June.

Last week the Secretary of Department of Business & Professional Regulation, Halsey Beshears, announced bars could reopen Monday at 50 percent capacity. Bars will reopen with the original guidelines mandated by the state: 50 percent capacity indoors, socially distant seating outside and bar service offered to seated patrons only.

We are rescinding amended EO 20-09 from DBPR as of Monday. Starting Monday, all bars will be reopened at 50% occupancy. pic.twitter.com/YqQR2MkJpR

We spoke to bar owners who say making changes to their bars is worth it if it means they can welcome guests back.

Some bars filed for food licenses to continue operating during the bar shutdown. Others relied on to-go orders. The Front Porch in Seminole Heights closed its two bars and focused efforts on takeout from its restaurant. Cigar City Cider & Mead in Ybor City filled growlers and offered pickup for canned ciders.

"There's been a lot of stress and things going on recently, but it's a better feeling knowing things are coming back to normal," said Mayla Purpura, a manager at The Front Porch.

"Our guest experience is what makes it all, so we're really looking forward to the chance to reopen the doors and show everyone we're back," said Russell Simmons, the general manager at Cigar City Cider and Mead. Simmons says there was a lot of frustration and uncertainty, but his team is choosing to leave that in the past and focus on the positive, the fact that they can finally reopen their tasting room.

Many bar owners have been frustrated at the lack of notice from the state in shutting down and then reopening, saying they were never given enough warning to prepare.

One of the managing partners at The Hub in Tampa, Charles Fox, sent 10 Tampa Bay this statement, "We are glad the state has allowed bars to reopen Monday. I feel as though we and other bars could have stayed open if the government would have properly enforced the mandated guidelines they provided. Restaurants were given a pass it seemed and quite a few were not following the guidelines as you have seen the videos online."

Closing completely for months or relying solely on pick-up orders has been hard on bar owners. "I'd say 75 percent of our normal revenue has been lost," said Simmons.

Reopening, even at half capacity, for bar owners is a path to making up huge financial losses and offering jobs back to the community.