The district had no immediate comment on the matter. 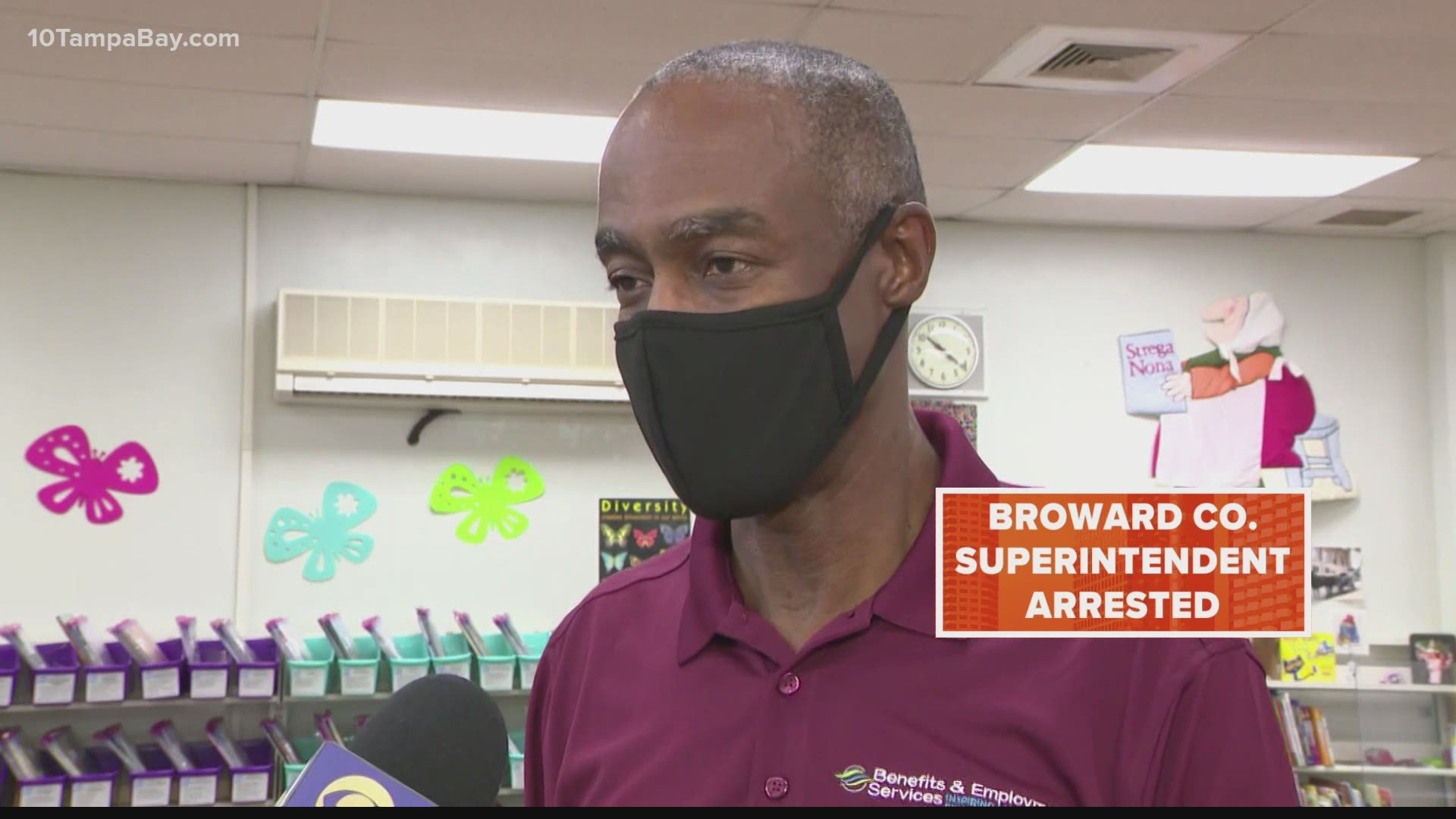 FORT LAUDERDALE, Fla. — The superintendent of the Florida school district where 17 students and staff died in a 2018 high school massacre has been arrested on a felony perjury charge.

Jail records show Broward County Schools Superintendent Robert Runcie, 59, was arrested Wednesday morning by the Florida Department of Law Enforcement. He is charged with perjury in an official proceeding.

Broward County School Board General Counsel Barbara Myrick, 72, was also arrested. She is charged with unlawful disclosure of statewide grand jury proceedings, which is a felony.

Charges against Runcie and Myrick come following testimony they made before a statewide grand jury that was impaneled to investigate possible failures to abide by school safety laws. The investigation also looked into the possible mismanagement of funds that were solicited for school safety initiatives, according to the Florida Department of Law Enforcement.

As the newspaper adds, Former Chief Information Officer Tony Hunter was arrested earlier this year on charges of bribery and bid rigging after prosecutors allege he directed a $17 million technology contract to one of his friends. He has since pleaded not guilty and denied the accusations.

It was not immediately clear if Hunter's arrest was connected to the more recent arrests.

Runcie and Myrick were booked into the Broward County Jail, and their case will be prosecuted by Florida Attorney General Ashley Moody's Office. The grand jury information is currently sealed, so further details were not immediately available.

Jail records don't show if Runcie has an attorney. The school district didn't immediately respond to an email seeking comment.